Albums to look out for: March 18 edition

Our ‘Albums to look out for’ segment highlights some of the many albums and EPs we’re most excited for each week. 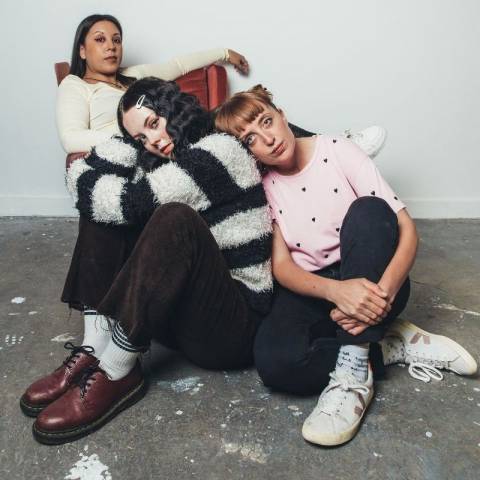 Peaness will release debut album World Full of Worry on May 6 through Totally Snick Records. 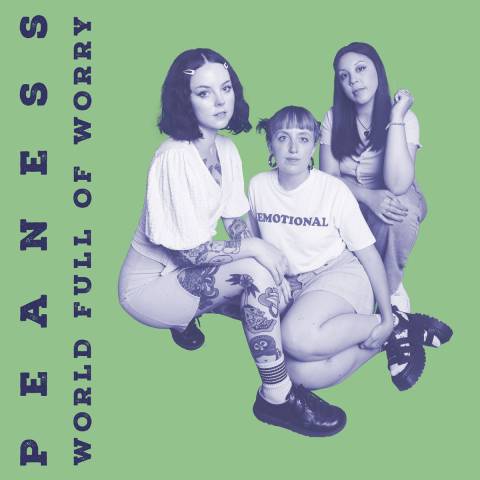 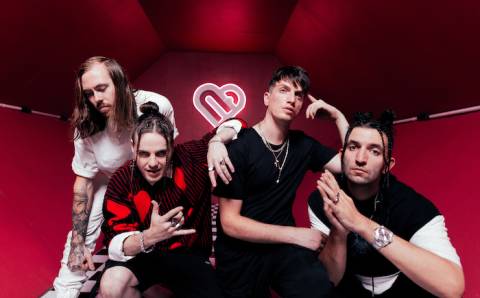 Windwaker will release debut album Love Language on May 6 through Fearless Records.

“Love Language defines fear and love as fleeting moments, encouraging listeners to take an intuitive leap in all situations, confront themselves and their surroundings, never taking a moment presented for granted. In a balance of chaos vs. control, we manifest, and must take all things as they come, operating with the best intent. We are alive. We are breathing. We are fear and we are love.” 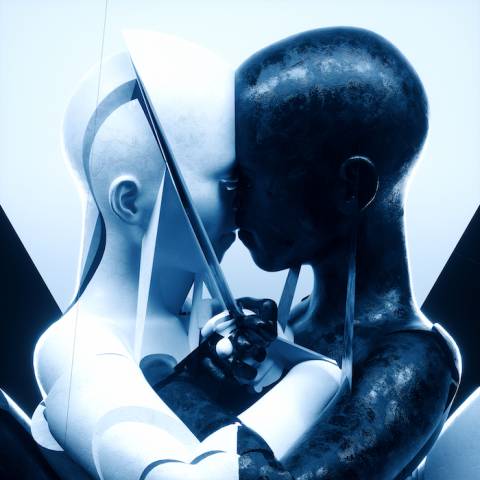 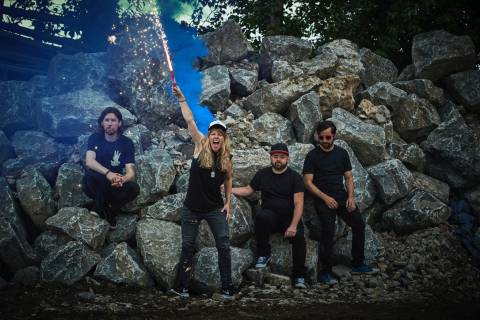 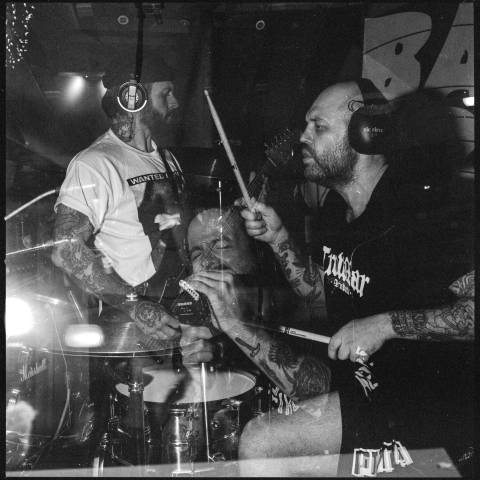 “We knew this album had to be special,” shares Liam Cormier. “Our band has never been one sole member tasked with all the writing.  Over the last 15 years of releasing albums, it’s been a collaboration of the 4 of us forming all musical ideas.

“That being said, we knew that the 3 remaining Bats would have to prove our worth with this next album. We wanted to show Cancer Bats fans that an exciting new future was in store for us. To say the stakes were high on this album, would be an understatement. We were all feeling a mix of excitement and nerves as we began tracking the 11 songs that would form this record.” 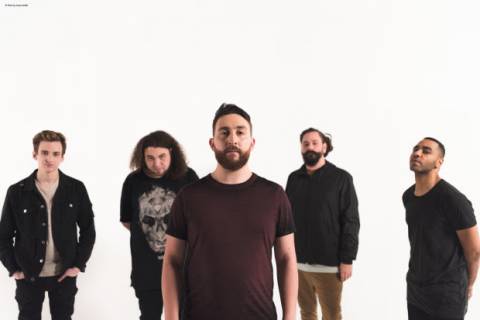 Monuments will release new album In Stasis on April 15 through Century Media Records.

The band said: “We approached this album without the intention of a specific concept. However – three songs in, what was being written ended up sharing a common theme. This feeling of being stuck in the middle, a feeling we experience throughout our lives – within friendships and relationships, love to hate, life to death, belief or non-belief, being in power to total defeat, isolation to freedom.

“Over the past 2 years, we have been faced with many of these trials, and these struggles can be heard throughout the record. This record is a culmination of our greatest triumphs and our deepest struggles. We hope it resonates with you, and brings you closer to equilibrium. We’d like to thank guests Neema Askari (Form Subtract, ex Fellsilent, ex-Monuments), Spencer Sotelo (Periphery, King Mothership), and Mick Gordon (DOOM, Prey, Killer Instinct) for enhancing the record with their unique perspectives.” 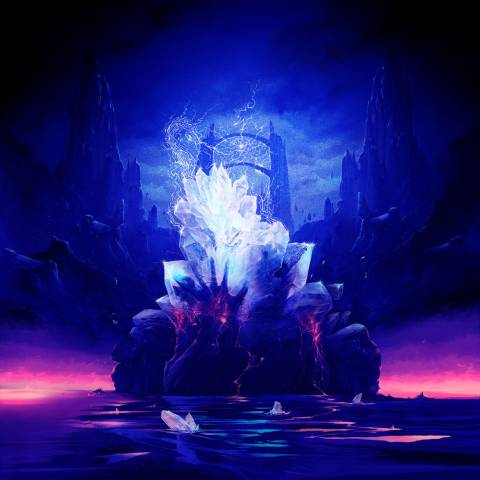 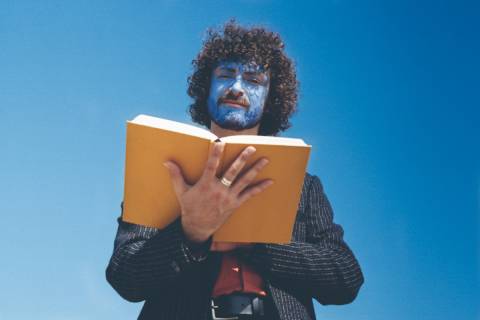 “After a year of planning and rehearsing for a tour of my opera ‘Growth of the Silk’ I was pretty exhausted, and COVID and its isolation came as a welcome break,” explains William of the formative period.

“However, at the time quarantine happened, I was alone in a house in Dorset. It was in this house that I would spend 30 days of solitude, collecting old songs, going through a long-term relationship break up, finding my love for alcohol again, and completing Post Coital Jazz.” 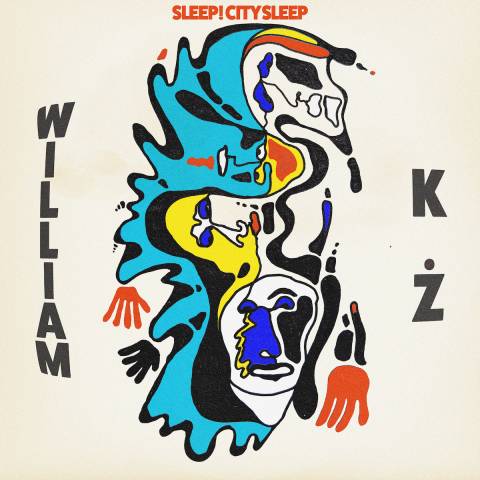 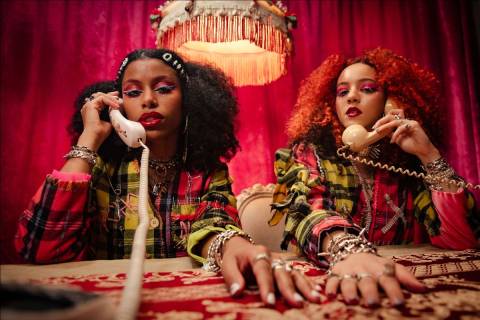 Amy and Georgia said: “’Supernova’ is the beginning of a new era. As we delved into the unknown, making this album became our medicine through a turbulent time. It’s a reflection of where we were and how far we have come, encased in a fantasy world that we imagined. ‘Supernova’ is made out of dreams, triumphs and colourful nightmares. When you get to the other side, you will always come out a winner.”

7:    A Dark Place For Somewhere Beautiful 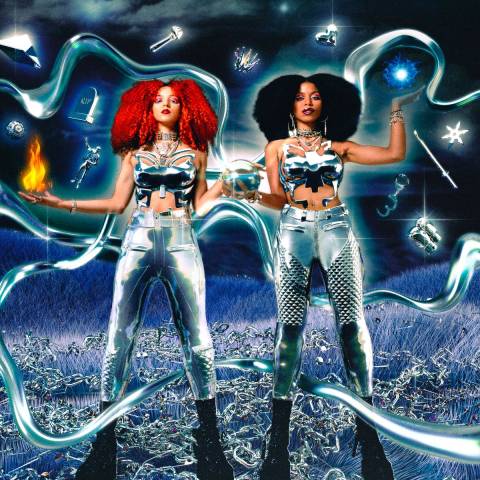 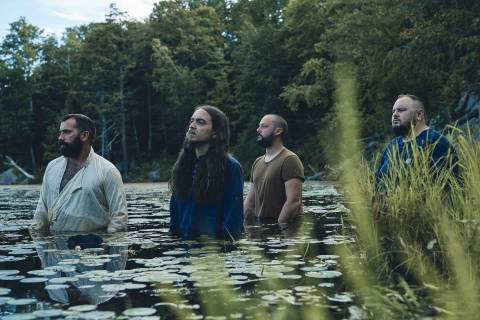 Moon Tooth will release new record Phototroph on May 13 through Pure Noise Records.

“The theme of plants growing towards the light was just something I kept coming back to in different songs,” explains Moon Tooth singer John Carbone on the impetus for the album title.

“Our previous record, Crux, was like a crossroads and was dealing with a lot of negative shit. Phototroph is about walking from the middle and picking a road that goes onward and upward on a brighter path.”

The I That Never Dies

Grip On The Ridge

Halestorm – Back From The Dead 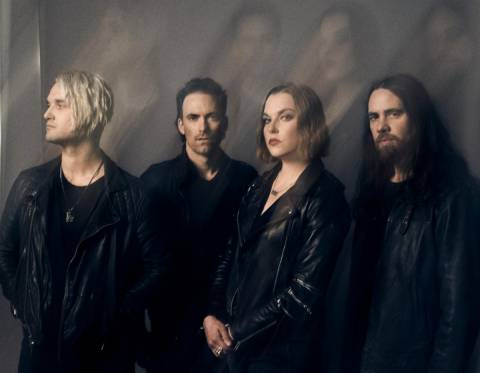 Halestorm will release new album Back From The Dead on May 6.

Lzzy Hale said: “We started writing this album about three months B.C. (Before COVID). Once we went into lockdown and were unable to perform and tour, I fell into a dark place and something of an identity crisis. This album is the story of me carving myself out of that abyss. It is a journey of navigating mental health, debauchery, survival, redemption, rediscovery, and still maintaining faith in humanity.” 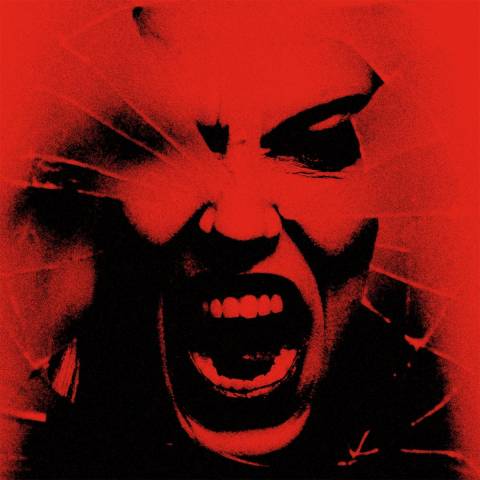 Ithaca – They Fear Us 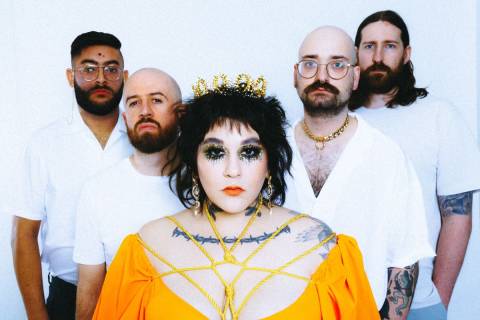 Ithaca will release new record They Fear Us on July 29 through Hassle Records. 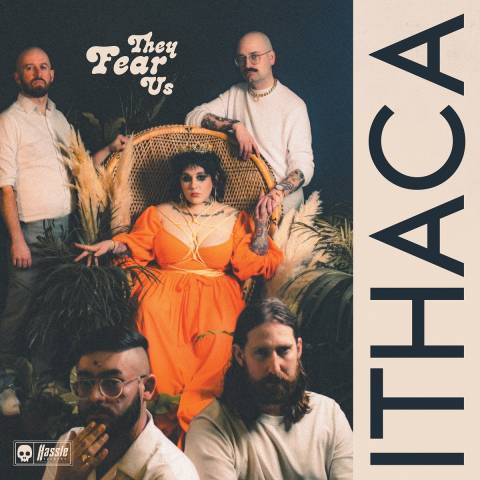 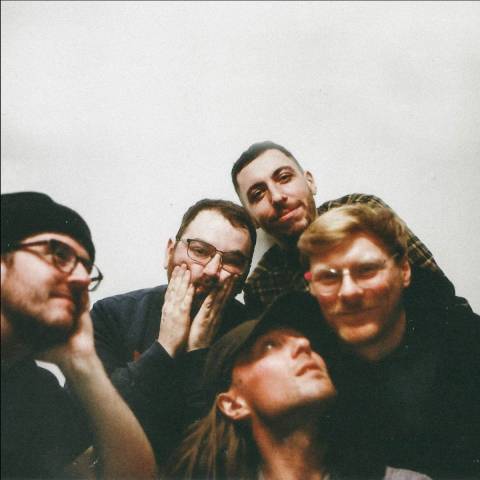 Out Of Love will release debut album So Far So Good on April 8 through Venn Records.

Jack Rogers said: “It’s amazing to finally see a year’s worth of work in physical form, the idea to have a compilation LP plus a few extra tracks was something we wanted to do from the beginning and we are so stoked it’s happening.

“It’s exciting to watch the older tracks get rediscovered and have a proper physical release as well as showing people where we are wanting to go creatively with the bonus new material!” 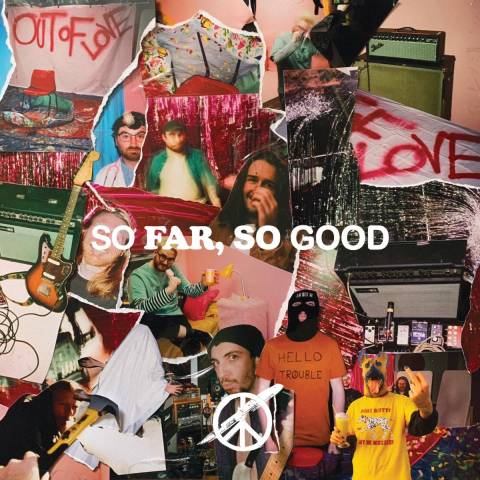 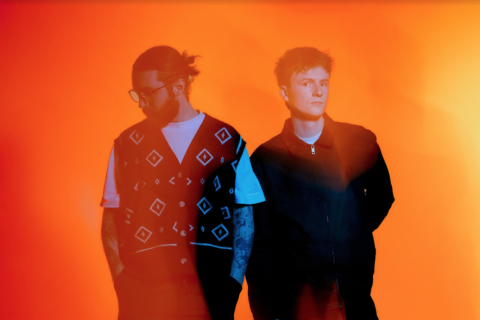 Superlove will release album Colours on April 1 through Rude Records.

“Its one big celebration of music,” says Jacob. “We knew we could write ten big rock songs but I can’t think of anything less interesting. Each song is completely different,” he grins. “We love pop, we love indie, we love heavy music. We adore every genre we’ve covered. We wouldn’t be able to do it with confidence if we weren’t really into it”

“When we started, we’d just turned twenty and wanted to have fun. Because of how special the band felt though, we knew we needed to talk about things that meant something on this album. We wanted to say something important, while trying to be as positive as possible.”

1 (intro)
Save Yourselves
World Of Wonder
Maybe I Could Tell You
wanna luv u
Baby Bird
#639063d
Colours
Bestfriend
The People You’ll Love Forever
Yours
The Most Important Place In The World
If You Could, Would You? 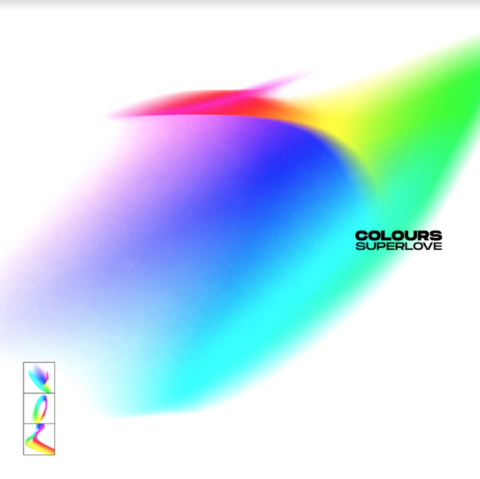 Motionless In White – Scoring the End of the World 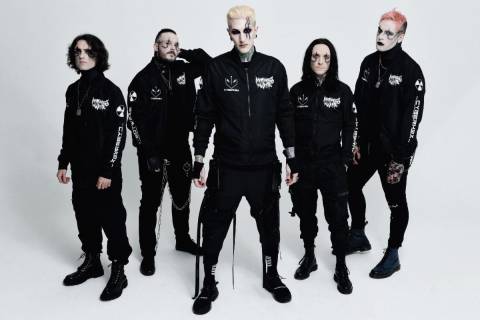 Motionless In White will release their new album Scoring the End of the World on June 10. 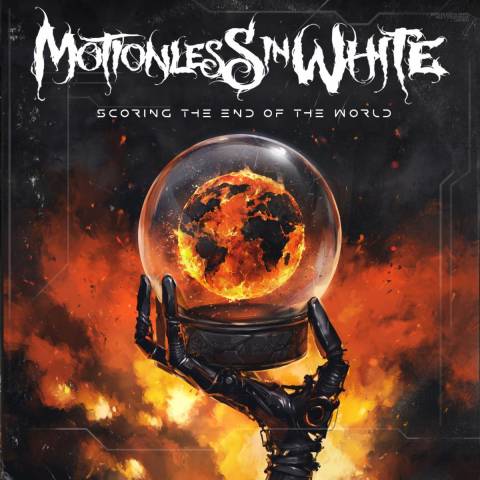