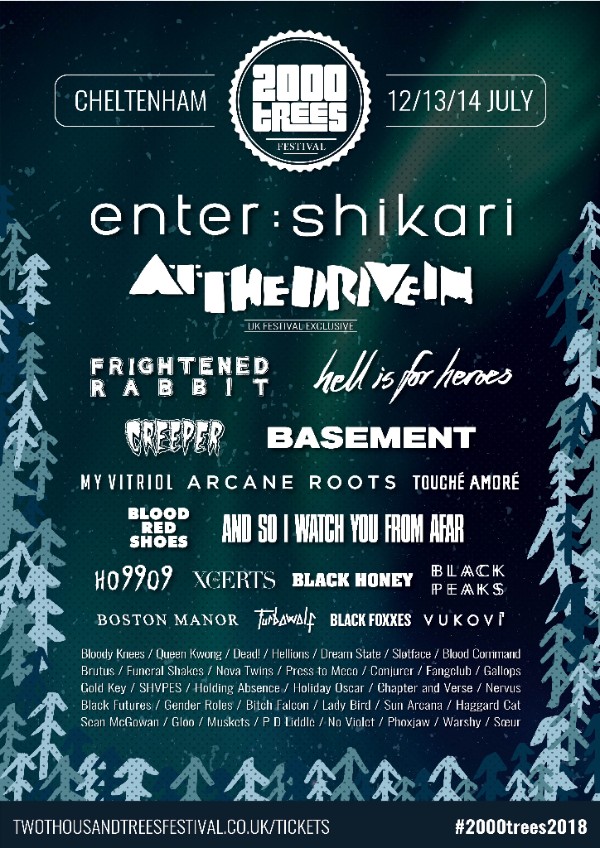 Frightened Rabbit rejoice of their return; We’re so pleased to be back at 2000trees Festival. it’s always been a favourite of ours and they gave us our first ever UK festival headline slot so it’s a special place for us. Also they have peacocks!”

American up-and-comers Queen Kwong add; “I can’t wait to play 2000trees Festival because I’ve wanted to be a part of it for a really long time, now. I know it’s going to go off.”

Belgian favourites Brutus are happy to return; “We are really stoked to be back at 2000trees Festival We didn’t know what to expect when we played the festival for the first time last year, and it was just amazing – such a nice crowd and so many great bands, we are really happy to be back again this year  – we’re looking forward to that moment when you drive your van out of the hills and you see the festival site! Awesome!”

While Vukovi rejoice; “2000trees Festival was the first festival we played after our debut album was released. Our first full tent to a sea of rock fans watching your every move. The rest of our summer had a lot to live up-to”