2000trees get nostalgic with new additions!

2000trees is our favourite medium sized festival in the UK due to it’s incredible atmosphere and awesome acts. 2019 is looking to be even better than last year!

So we already have You Me At Six announced as a headliner for 2019’s 2000trees festival and now we have been graced with the news that festival favourite Frank Turner is back as Thursday headliner with his band The Sleeping Souls! So Camp Turner is going to be one hell of a party camp this year!

Frank Turner delights: “I’ve been playing the wonderful 2000trees Festival since its inaugural year in 2007, and more than most places in the world it feels like home to me. I’m excited about coming back again in 2019 to headline, my 5th year there. See you in the fields.”

Rolo Tomassi return with the message: “It’s a pleasure to return to play 2000trees. The festival continues to go from strength to strength in terms of the calibre of artists it attracts and it’s an honour to be included among them.” 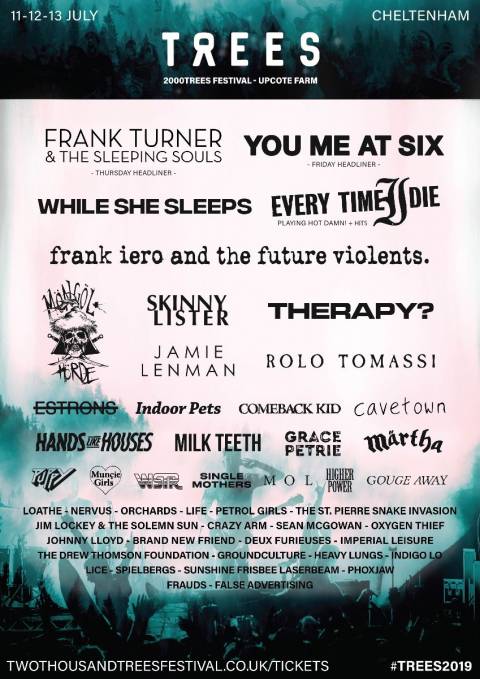