One of the most loved, successful UK rock festivals, set in the stunning UK countryside near the Cotswolds, 2000trees Festival is BACK!!! Also celebrating it’s 10th Year in 2016, the festival has grown immeasurably over its 10 years! 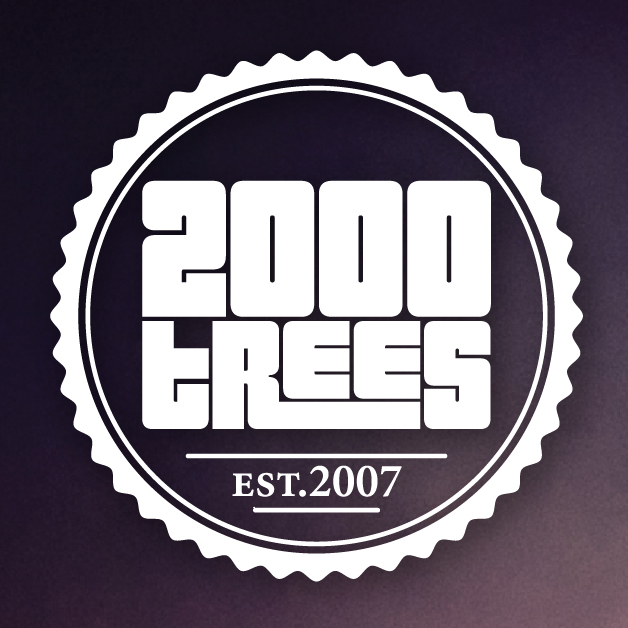 One of the most loved, successful UK rock festivals, set in the stunning UK countryside near the Cotswolds, 2000trees Festival is BACK!!! Also celebrating it’s 10th Year in 2016, the festival has grown immeasurably over its 10 years (growing year on year).

Following on from the exclusive headliner and first band/line-up announcements on the Radio 1 Rock Show with Daniel P Carter, on Sunday Jan 31st, 2000trees Festival today officially announces its return for 2016 with its huge, first line-up announcement. Bands announced today are:

Twin Atlantic, off the back a hugely successful campaign with ‘Great Divide’, find themselves headlining 2000trees Festival this summer. ‘Great Divide’ debuted at #6 in the UK album charts with the help of hit singles ‘Heart and Soul’, ‘Brothers and Sisters’ & ‘Hold On’. The success of the album saw the band take on their first ever headline arena show at the SSE Hydro in Glasgow to 10,000+ fans along with festival appearances at T In The Park, Reading and Leeds and Glastonbury. From frontman Sam McTrusty – “This will be our first headline performance at a festival in England. I hope you can be there and witness history in the making. Whenever we take on new experiences we always up our game, so expect to see one of our best shows to date. Really looking forward to returning to a festival that has given us so much love over the years. Very fond memories of playing the MainStage at one of the coolest festivals in the UK.”

Refused returned in 2015 with their first record in seventeen years titled ‘Freedom’. They’ve been setting stages alight again for the past couple of years and proving why they’re still one of the most important punk bands of our time. Drummer David Sandtrom explains – “It’s hardly the worst day on the job when it takes you to one of the prettiest places in Europe. We’re very much looking forward to it. Also, we hope precautions are being taken so that the ferocity of our set doesn’t drive out every badger in all the Cotswolds.”

From While She Sleeps – “We’re stoked as f**k to be playing 2000trees Festival this year and to be a part of its already amazing line up. Its so rad for us to play a UK festival that we’ve never done before too – we’ll definitely be staying for the full weekend.”

The whirlwind last couple of years for Moose Blood continue into 2016 with their slot on 2000trees Festival. Following the release of their hugely acclaimed (and US Billboard number 45 on the Heat-seekers chart) debut album ‘Ill Keep You In Mind, From Time To Time’ in 2014, the band have graced the press pages and live stages across the globe, including 2015 US Warped Tour. Genuinely one of THE most exciting new UK bands for years.

Liverpool’s 5-piece, WSTR are thrilled to be joining the awesome 2000trees Festival line up for 2016. Having spent the latter half of 2015 exploding out of their starting blocks, the band have achieved what many dream of within their first 6 months! The release of their debut EP, ‘SKRWD’ on No Sleep Records, received huge applause across the board, leaving fans and media eagerly awaiting their 2016 album debut! With tours already lined up with Neck Deep and Creeper this year, this hotly tipped band, will be a stand out act to enjoy at 2000 Trees!