For just over a decade, Upcote Farm is known for hosting one of the most treasured festivals the UK has to offer. As you wind down the quaint Cotswold lanes into the land of non-existent phone signal, it soon became clear that 2000 Trees was going to be an experience where all could give their […] 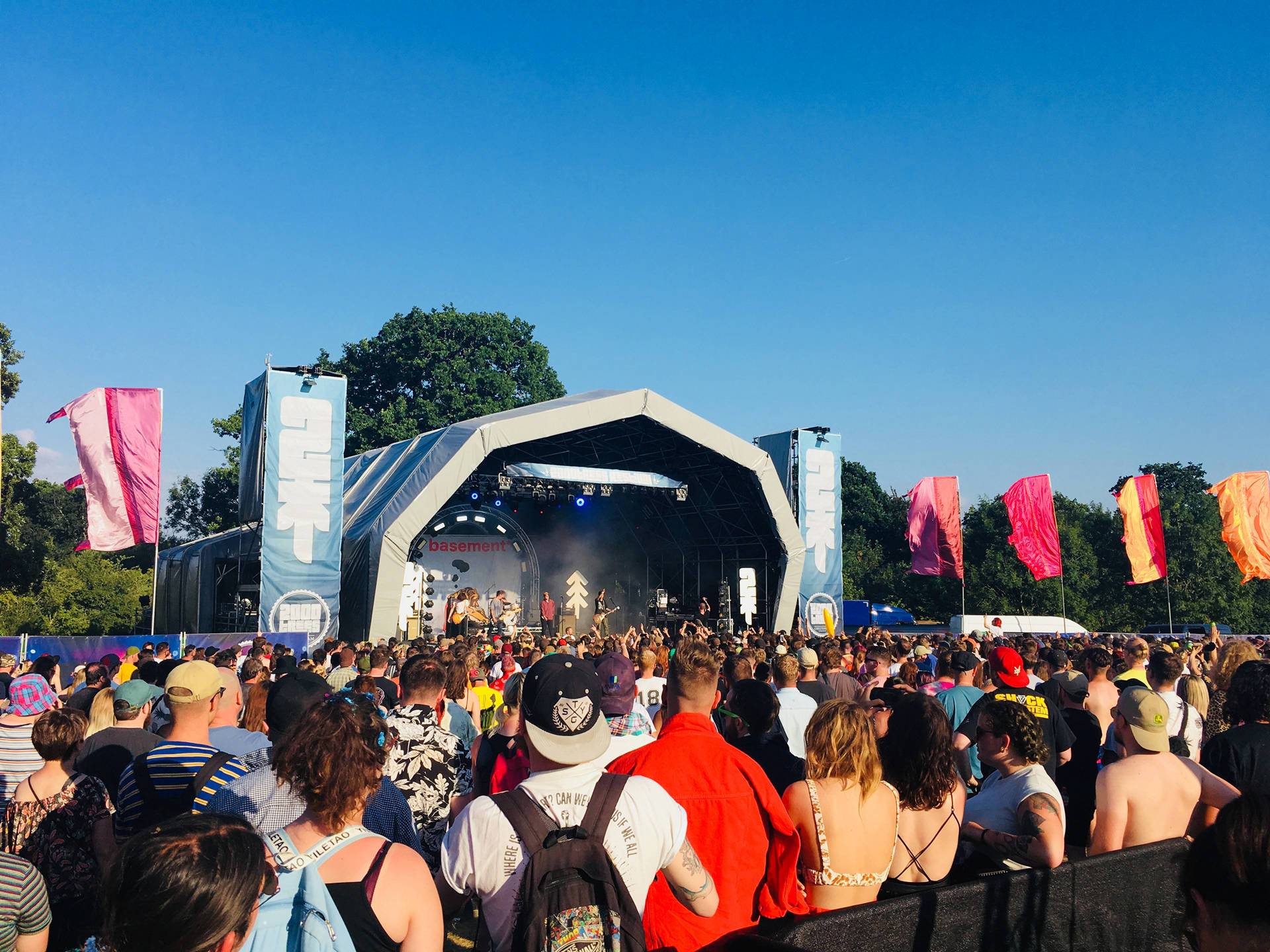 For just over a decade, Upcote Farm is known for hosting one of the most treasured festivals the UK has to offer. As you wind down the quaint Cotswold lanes into the land of non-existent phone signal, it soon became clear that 2000 Trees was going to be an experience where all could give their undivided attention.

With this year’s headliners being At The Drive In, Twin Atlantic and Enter Shikari, from the outset the bill toppers represented how diversity is appreciated to the core. Although petite in physical size, the monumental line-up is one that nurtures emerging underground and celebrates those that have propelled from hardcore to prog-rock. From the grunge infused brilliance of Soeur to the uncontrollable explosion that is Conjurer, the stages being a stone’s throw away from each other made the freedom to explore effortless.

We face a time in the UK rock scene where authenticity is nonsensically up for debate, and a band who were more than happy to bury that notion were Black Peaks. As lead Will Gardner stares into the souls of the audience whilst headlining The Cave on Thursday, their feracious catalogue matched with irrefutable vocals was astounding. The same can be said of Blackpool’s Boston Manor, where they have comfortably graduated from newcomers into a solidified force weaponed with developed material.

The international collectives that graced the stages of Trees included a simply awe-inspiring set from Brutus in The Axiom, to the rampant pitting in Turnstile, however, a standout moment of the entire weekend was the menacing-yet-fanatic display from Ho99o9. The ‘Bone Collectors’ certainly lived up to their title of chaotic excellence as theOGM and Eaddy spat bars with frenzied grit.

The abundance on offer at throughout the site wasn’t limited to music, where the arts came in the form of comedy in the NEU stage, yoga amongst the hay bales and workshops. A huge sense of highlighting the importance of wellbeing prevailed when seeing the presence of Safe Gigs For Women and Heads Above The Waves who were open for discussion all weekend, affirming that Trees truly invest their care in the lives of the punters. 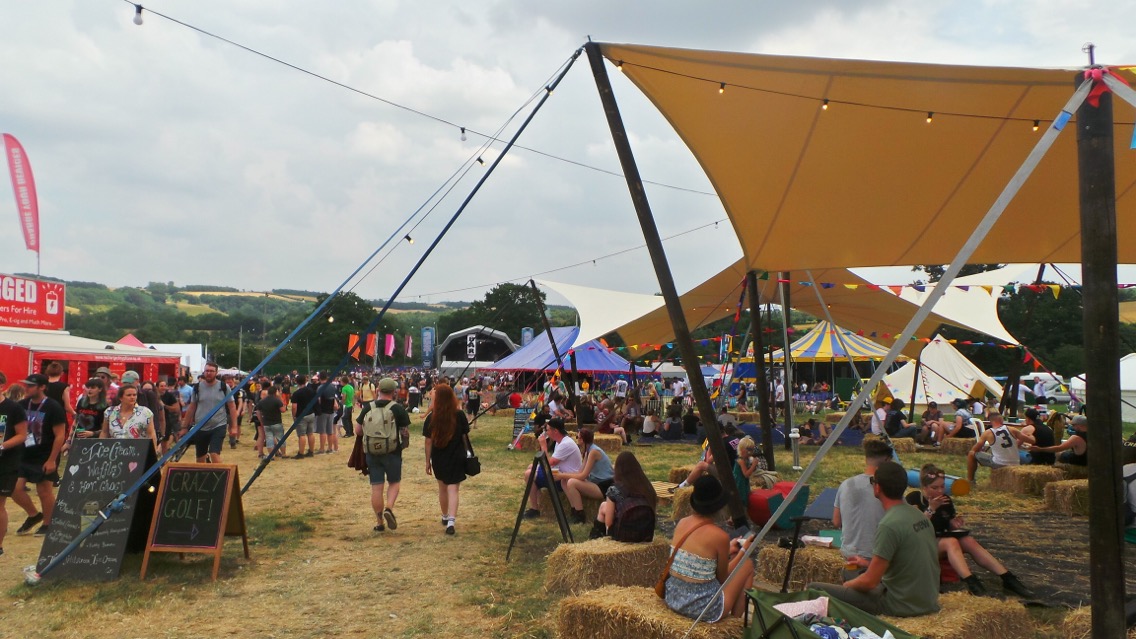 A common factor throughout all sets was the sheer respect both bands and goers had for one and other. From the Welsh newcomers Holding Absence, who absolutely shelled The Cave, to Trees veterans Arcane Roots professing their love to the festival on the Main Stage, all were genuinely honoured to be sharing the experience with an adoring crowd to match. This is where the brilliance of Trees lies, that any band, no matter how small their following may be, can be welcomed with appreciative ears and be applauded.

With respect being mentioned, a stage that encompasses this immense devotion was The Forest. As the sun streamed through the branches illustrated with bunting, escaping the bustle to immerse yourself in the selection of intimate stripped-back sets was nothing short of bliss. Jamie Lenman‘s witty-as-ever attitude encouraged bursts of laughter, whereas the breathtaking tribute to Scott Hutchinson gave those grieving the chance to chant back in whispered song. 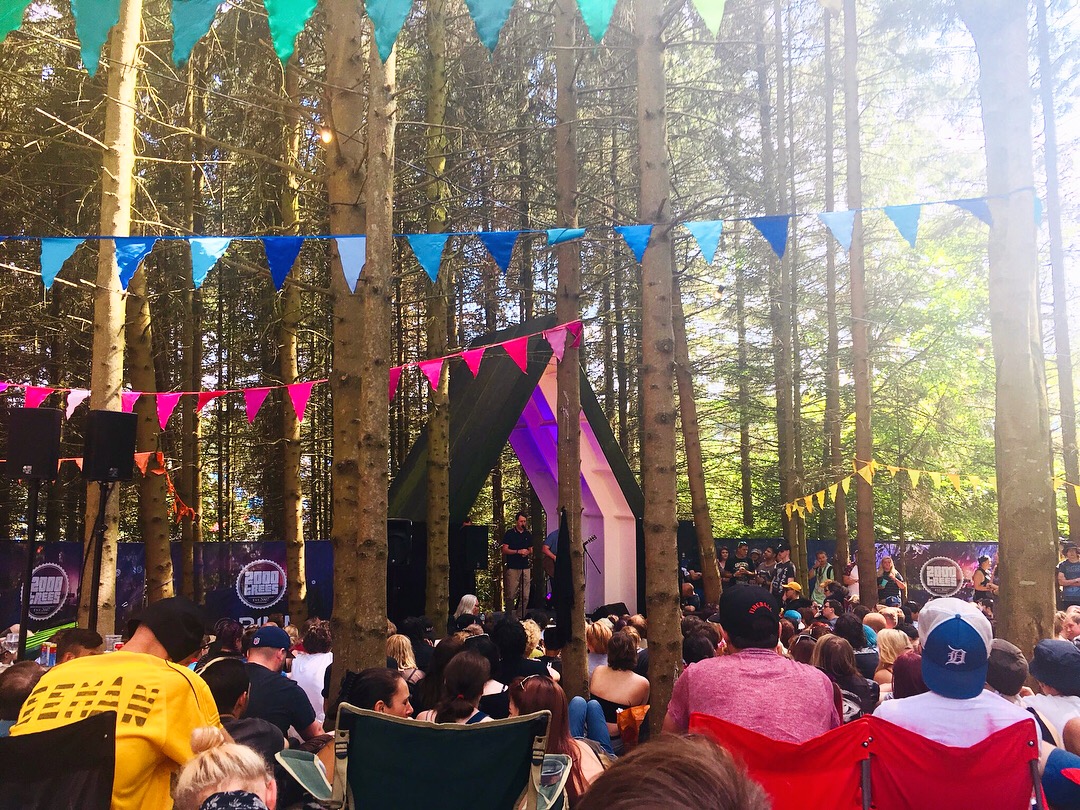 As the silent disco reached a climax in its choral succession on the final night, I strolled around the acoustic stages as babbles of crowds formed for one last time. As friends joined arm in arm declaring how desperately they didn’t want the sun to come up, it became clear why 2000 Trees is so cherished.

Festivals are events that unite people through music, this is a given. But as each year we are progressively bombarded with mass appeal line-ups; 2000 Trees will always be an annual delight as the power of collective passion in a dedicated community overwhelms any need to conform. From the enthusiastic staff on wristband exchange to the litter pickers bopping along to distant riffs, the sense of pride at this event was a sight to behold met with a feeling of belonging.