Tickets are now on sale for the 10th anniversary year at 2015 prices and big plans are being formed. 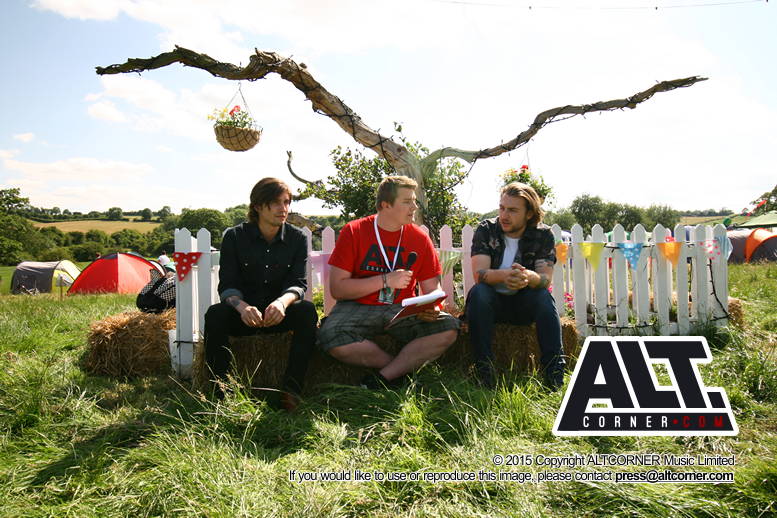 2000trees is over for another year and once again festival goers were treated to ‘the best year yet’ with more than 100 artists on six stages, secret acoustic sets, busking box magic, silent disco, late night (and early morning) entertainment, with quality food and drink and a range of market stalls, games, children’s activities and a VIP tattoo parlour. And the brand new silent cinema, featuring four films over two nights, went down a storm.

The multi award-winning festival kicked off with a wedding in the Forest Sessions and reached its pinnacle with thousands of fans cheering to Alkaline Trio headlining the main stage on Saturday night.

A 5,000-strong capacity crowd also heard Friday night headliners Deaf Havana exclusively reveal that after an eight-month live break, they had been recording new demos and had a tour planned for later this year.

Organiser Andy Rea said: “The festival was a huge success – better than ever before – and we were delighted that festival goers were so spoilt for choice and also found their own ways to add to everyone’s weekend fun.”

Ourselves had a great time at 2000 Trees festival. The positive things we have to say about the festival would be a mile-long list; the line-up was superb, everywhere was clean and the vibe from all of the attendees was brilliant. We interviewed 12 artists and recorded an acoustic session with The Lion and the Wolf. All of which will be able to be found over in our 2000 Trees coverage section, here: https://altcorner.com/festivals/2000-trees-festival-2015/

Tickets are now on sale for the 10th anniversary year at 2015 prices and big plans are being formed.

Andy Rea added: “We need to make sure 2016 cements 2000trees as the very best festival in the UK – if not the world – to discover your new favourite bands and have fun in a field with just 5,000 friends – small is beautiful and we are delighted and proud with what our independent event has achieved.”

Alternatively there is a buy now pay later scheme with a £20 deposit.

Full details are available at www.twothousandtreesfestival.co.uk