2000 Trees Review – The Best Acts I Saw Over The Weekend

2000 Trees started off in a romantic way with the wedding of two fans who had met at the event 5 years ago and got engaged there last year and love was definitely in the air between the crowds and the bands with all bands getting a good reception during their sets.

I’ve taken my pick of the best of the acts I saw over the weekend for a review. 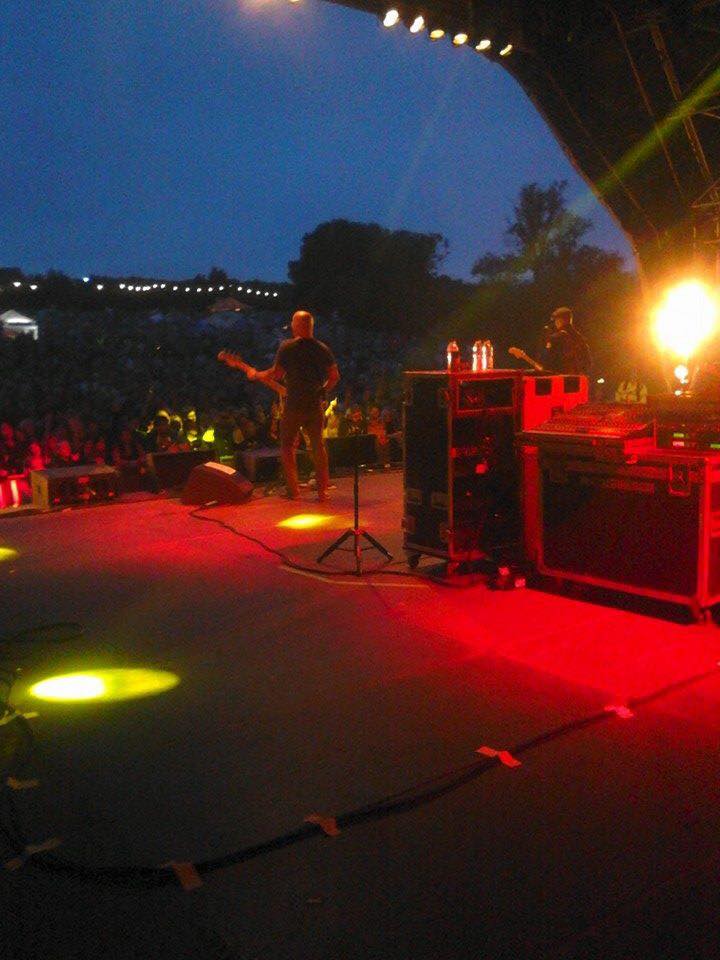 2000 Trees started off in a romantic way with the wedding of two fans who had met at the event 5 years ago and got engaged there last year and love was definitely in the air between the crowds and the bands with all bands getting a good reception during their sets. Also fancy dress Saturday saw the theme of band names taken literally with some very good impressions of bands including three girls dressed as batteries, three tigers trapped in a cage, red hot chilli peppers, the subways and the Cadbury sisters. Along with several Queens of the Stone Age. I’ve taken my pick of the best of the acts I saw over the weekend for a review.

Setlist:
We Had A Pact, Gloom, The Honeymoon Suite, VCR, Lie Awake, Novena.

Southampton quintet Creeper showed the Cave’s crowd why the New Grave and goth-punk era is here to stay with a six song set that had the crowd enthralled. Road Runner Records newest additions, showed why they are already becoming a force to be reckoned with in their short career with their dark and entrancing lyrics about love and life being beautifully relayed by vocalist Will Gould. The band made full use of the stage, leading anyone who saw them to believe that they had been performing together for several years, not just one year and it was a shame that their set had to come to an end, although ending on Novena, with lyrics including “and its youth, ever fading youth, would you have lived differently if you had known this life was on loan?” leaving a lasting impression on the mixed demographics of the crowd.

Set List:
I Want Out, Rising Up, Infinity, Stitches, Towers (On My Way), Elements, Daylight, Weight Of The World, Speaking In Tongues, Bones.

Buckinghamshire alt-rock quintet Young Guns rocked up to main stage after a very intimate and sweaty gig in Cambridge the previous night and brought all the energy from that gig to the main stage of 2000 Trees. Frontman Gustav Wood’s energetic presence was very at home on the large stage as he belted out hits including Towers (On My Way), Weight Of The World and Speaking In Tongues. The crowd easily fed off the energy of the lively quintet with their animated frontman commandeering the stage and crowd. From my position at the side of the stage, I could see just how much charisma and passion drummer Ben Joliffe puts into his performances, providing the basis for the vigour of the set. After Speaking in Tongues, it was clear the crowd didn’t want the set to end with chants of “we want more” leading to Gustav getting the crowd competing against each other in a customary noise contest before launching into an enchanting rendition of crowd and fan favourite Bones to close out a very enthralling set.

Set list:
The Past Six Years, I Will Try, I’m A Bore Mostly, Leeches, Smiles All Around, Boston Square, Kings Road Ghosts, 22, Saved (acoustic), Anemophobia (acoustic), Trigger, Friends Like These, The World Or Nothing, Mildred, Caro Padre, Hunstanton Pier.

Closing out Friday night were Norfolk bred six-piece Deaf Havana. The line-up featured a slight change in drummer Tom Ogden being replaced for the set by session drummer Craig Reynolds after the birth of Tom’s baby girl. Craig fitting in perfectly well and would it not have been for my position on side stage meaning that I could see it wasn’t Tom, I would have thought that he was there, such is the skill level of the stand-in. A near capacity crowd saw the band returning after an 8-month live break and announcing that alongside new material, there would be a UK tour later in the year! It seemed as if the band had never been away with their energising set closing out an amazing day of music with hits including Hunstanton Pier, Boston Square, I’m A Bore, Mostly and Friends Like These, alongside fantastic acoustic renditions of Saved and Anemophobia. The vocals from James Veck-Gilodi were incredible and provided a great way to close out the day.

When We Were Wolves

Set List:
Vile, Confession, Blind, The Devil You Know, Under The Water, Dying on The Inside, Hounds.

South Walian post-hardcore quintet When We Were Wolves were the heaviest of all the acts at the festival. A band who would be more suited to the stages at festivals such as Download and Bloodstock with a set including a favourite track of mine in Confession, however the Cave’s crowd really got into it with several mosh pits and even a feisty circle pit from the Saturday lunch-time crowd. Several times during their set, front man Mitch Bock showing humbleness in admitting that “we are probably the smallest band playing here today” and constantly thanking the crowd for coming out to see them. The dynamics in the live set only added to the lyrically brilliant tracks of the set, which were delivered perfectly by a young frontman with a distinctively brilliant voice in Mitch.

Roam are a pop-punk quintet from Eastbourne. I felt sorry for the guys because the sound in The Axiom wasn’t the best quality, meaning that their true talent could not be conveyed to the watching crowd. Vocalist Alex Costello was never stood still, bounding around the stage with bundles of energy that emanated into the crowd, ensuring everyone in the tent were off their feet. Guitarist and vocalist Alex Adam joking during a set that included hits such as Head Rush and Nothing In Return, that they “were only used to playing 20 minute and not 40 minute sets so didn’t have enough songs and therefore were going to fill the gap with random talk” before an impromptu few lines from Wonderwall after the crowd shouted for it.

Southampton metalcore quintet Bury Tomorrow provided mayhem from the moment they stepped out onto The Cave’s stage! Man On Fire provided an energetic start to a set that never lacked life with almost flawless scream vocals from lead vocalist Dani Winter-Bates and clean vocals from guitarist/vocalist Jason Cameron. The set saw the band encouraging mosh and circle pits aplenty including a bit of sibling rivalry with Dani and brother Davyd competing over who could make the biggest pit – males or females, and providing what was possibly one of the biggest mosh pits of the weekend when said pits merged during Of Glory. The entire set made me want to get stuck in the pits, which is something I usually stay away from. Lionheart ended with a stage invasion after Dani gave the go-ahead, resulting in almost half of the near capacity tent climbing over the barrier.
All carnage aside, a very exciting set that lived up to the expectations of the majority of the crowd.

Setlist:
Private Eye, I Wanna Be A Warhol, I’m Only Here To Disappoint, All On Black, In Vein (power cut for 20 minutes, picks up on song when power returns), Every Thug Needs A Lady (Dan did acoustic while power out), Stupid Kid (to people singing stupid kid while power went out), Fatally Yours, Blue Carolina, Armageddon, Cringe, Nose Over Tail, Young Lovers, My Friend Peter, Sadie, Warbrain, This Could Be Love, Radio.

Alkaline Trio, the main event of the festival. For many of the 5000 capacity, the American punk rock trio were the main reason they came. However their set left many, including myself, disappointed. Matt Skiba and co seemed to lack the motivation to put any energy in their performance. Parts of the set, such as I Wanna Be A Warhol went down well with the crowd, however the 20 minute power cut during In Vein didn’t help matters, with the band walking off stage at one point while the crowd started singing Stupid Kid. Credit to Dan Andriano for performing an acoustic version of Every Thug Needs A Lady during the power cut and for the band for picking up where they left off during In Vein when the power eventually returned. Stupid Kid followed, dedicated to the people singing it during the power cut. Although it was enjoyable seeing Alkaline Trio on stage (from side stage in my case) and the vocals were flawless to give credit to both Matt and Dan, the overall demeanor and stage presence of the band left much to be desired for a headline act, let alone the act topping the bill of an entire festival.