Pop Punk band WSTR from Liverpool are making waves with their exciting debut album: Red, Green or Inbetween – which has been generating a lot of positive response after it’s debut on the 20th of January. They have hit the ground running in 2017, not only with their new album but also with a UK […] 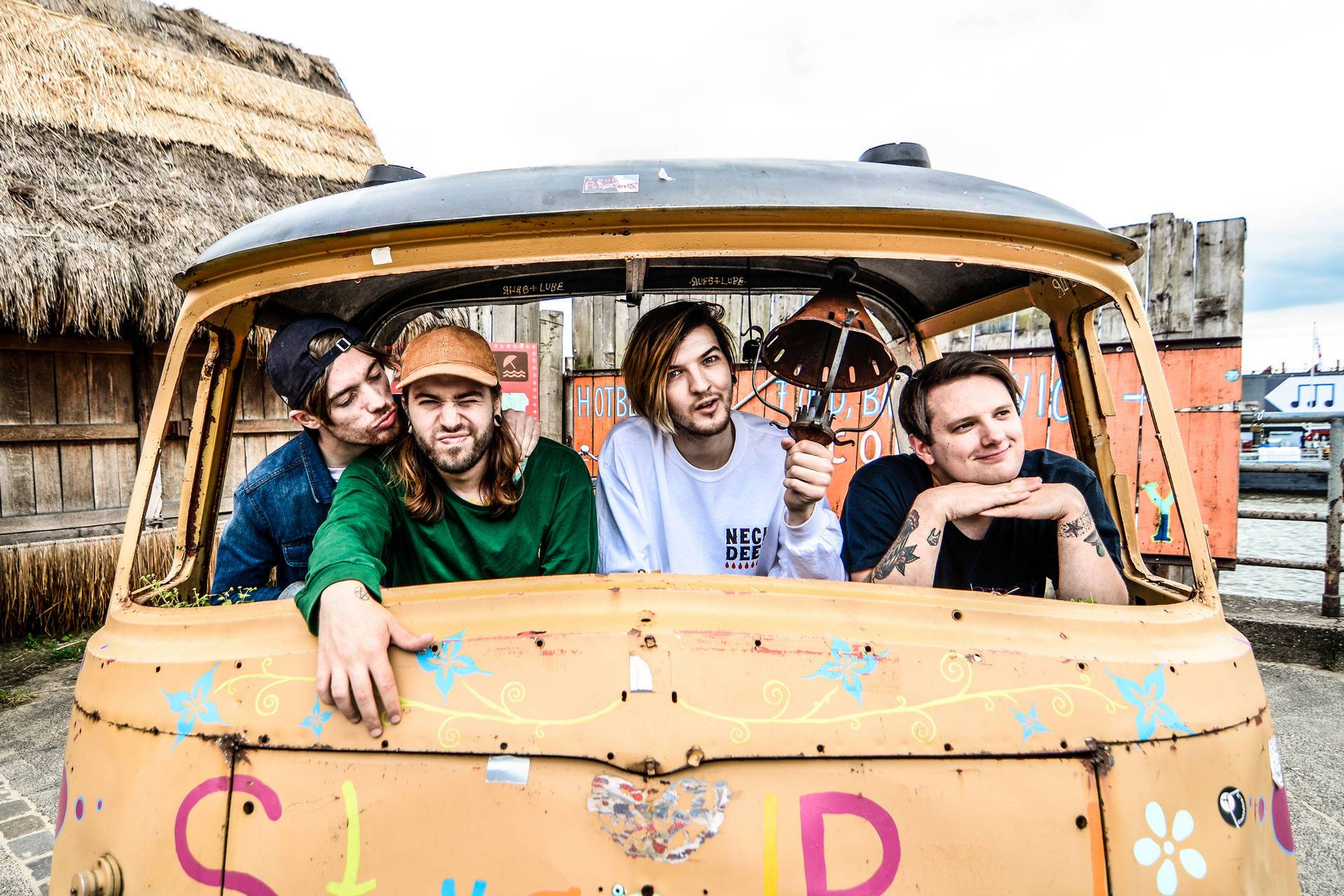 Pop Punk band WSTR from Liverpool are making waves with their exciting debut album: Red, Green or Inbetween – which has been generating a lot of positive response after it’s debut on the 20th of January. They have hit the ground running in 2017, not only with their new album but also with a UK tour which will see them finishing up the tour at Underworld (3rd of February) in London.

We caught up with with WSTR guitarist: Kieren Alder to ask him what the band have made of the response from their debut album, what he and bandmates have planned for the rest of 2017. Also, touching on the origins of the band and how they all met:

I knew Swifty beforehand from living in Liverpool and we’d started writing songs together. I can’t remember exactly how we found Sammy but we gave him the songs we’d written and he did his thing. We needed a bassist and Sammy kinda knew Alex from living in Wrexham, so he got called up and that was pretty much it!

How long have you been performing together for?

We first got together in February 2015 but didn’t start playing shows until May 2015.

Your new single “Nail the Casket (Thanks For Nothing) – is the song about a past experience? What is the meaning behind it?

Nail The Casket is a song about bullshit relationships not going anywhere. This song is about argument after argument and standing up to it and leaving it behind. This song is relatable for anybody going through relationship troubles current or previous. The lyric “I’d rather disconnect my jaw” is about not be able to go over the same conversation, over and over again. so just remember if it aint right it aint right.

What has been the response of the new single?

We’re playing it live on tour with Seaway right now and the reaction has been sick. It’s a great feeling to see kids singing the words back to songs we’ve only just put out!

Your debut album (Red, Green or Inbetween) released on January 20th – How has your music evolved/differed from your debut EP “SKRWD” released in 2015?

I think it’s just a bit more thought out. SKRWD was a collection of songs written at completely different times. Like I said earlier myself and Swifty wrote half of that EP without a vocalist a bit before WSTR was even a thing so we had no idea what we were really going for. Whereas RGOI we sat down and really worked on every part of each song, tried different things, scrapped songs, changed arrangements etc.

Has the response been more positive to your debut album than your EP, or is it similar?

It’s been similar but it’s evident our fanbase has grown with the release of the album. The reaction to the EP was one of curiosity as we kinda just came out of nowhere, but it still went down really well. There was actually anticipation for its follow up but thankfully its been received in a similar fashion.

What musical influences have encouraged you in the writing and making of this album?

Just the stuff we grew up on really! We’re not very good at this whole sad songs thing that seems to be popular at the moment, we just wrote whatever came natural.

You will be playing the Fat Lip Festival on July 29th. Is this the first festival you’ve performed at? If not, where have you performed before?

What places are you most looking forward to performing at over the coming month?

Leeds is always a good time! Birmingham we haven’t played in a good while, not since Slam Dunk Midlands I don’t think! So it’ll be good to go back with new material as they’ve always been good to us there.

You have a few tour dates coming up over January & February. Do you have any festivals coming up, a possible tour later in the year?

We’ve got a few things lined that I can’t say much about unfortunately but I’m sure you’ll find out soon enough.

You can find WSTR’s very great, gritty and musically pleasing debut album on popular music sites and in stores. Also you can find them playing the Fat Lip Festival, Bierkeller, Bristol on July 29th.