Wolf Culture talk about The Devil’s Plans For Idle Hands

Wolf Culture are a pioneering new wave Emo band from Bournemouth ready to bring something epic into their local music scene and beyond. So far Wolf Culture have released two tracks from their EP including leading single ‘Wreck’ emitting flickering neon brightness contradicting the more sincere lyrics. They have also recently released insuppressible track ‘Continents’. […] 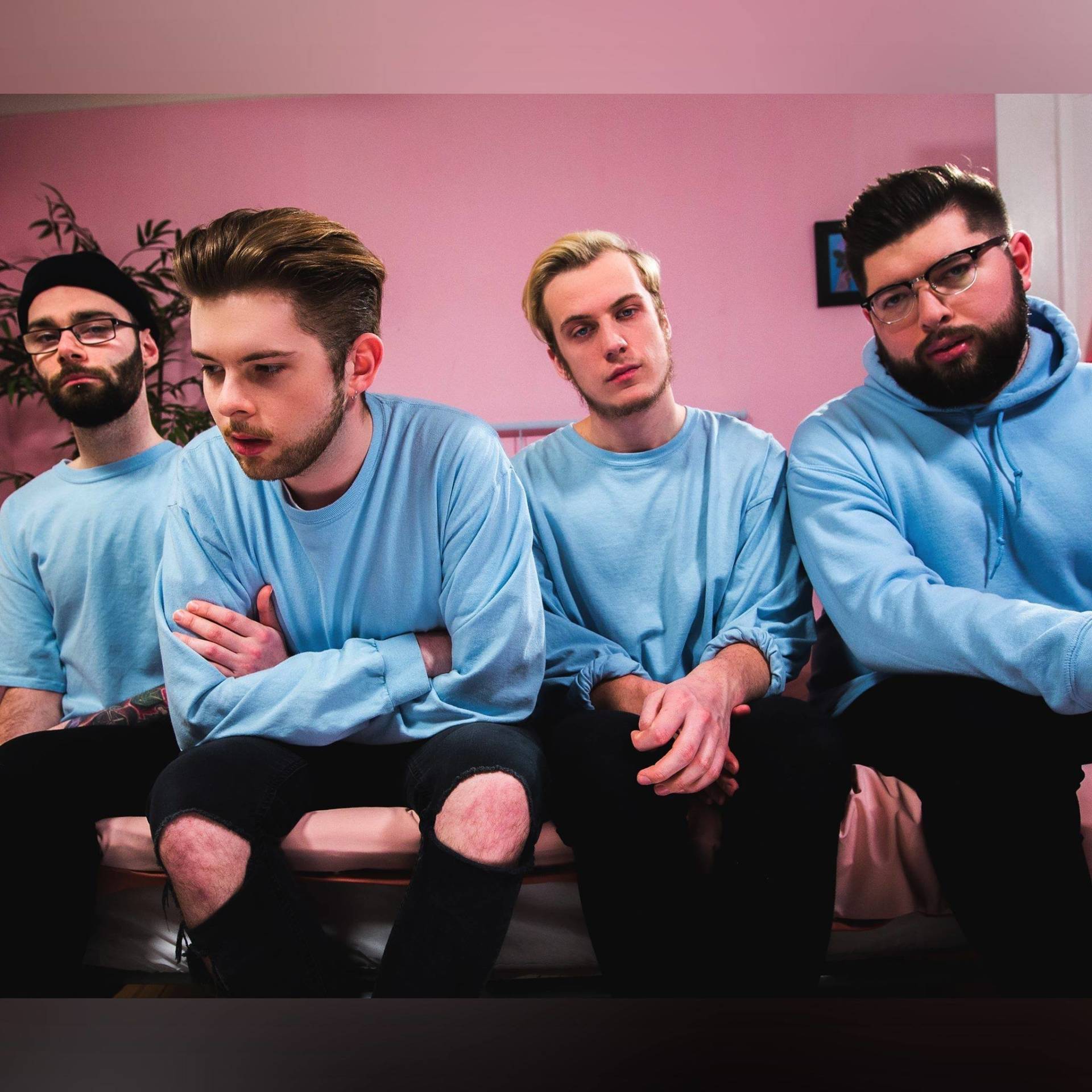 Wolf Culture are a pioneering new wave Emo band from Bournemouth ready to bring something epic into their local music scene and beyond.

Influenced by bands such as Fall Out Boy and Waterparks, Wolf Culture has a sound unique enough to break them into the one of the next large UK band. Fans of Moose Blood and With Confidence will definitely love Wolf Culture. To have such a power filled first two releases, Wolf Culture has already announced that they are here and here to stay with hard-hitting new music and the forefront of their epic entry into the music scene.

Gearing up for their release of their new EP ‘The Devil’s Plans For Idle Hands’ I caught up with Wolf Culture’s drummer Jake Daniels giving us everything we could want know about their upcoming release.

How did Wolf Culture meet?

Myself and Jay (Guitar) met at college and were playing in different bands but never felt like they were as serious as we wanted so we started our own band ‘City Bound‘. We asked Jay’s Brother, Max, if he wanted to bring his beautiful pipes to the band and luckily he said yes. Josh came along later when we realised we needed a bassist and called upon his bass skills as I knew him from jamming back when we were like 15.

Have there been any bands that have inspired you, if so who?

As a band, we all have very different inspirations. The guys would hate me to say Waterparks, because they would definitely go for a more alternative band, but that would be mine for sure! I think that Fall Out Boy is the band that got us all wanting to play in a band too when we were younger and I think nowadays we really range.

Have there been any struggles or challenges as a band?

To be honest, our journey so far has been amazing. We have all had our ups and downs as people but I think overall we have always worked so well together. As our label always says, ‘Good Vibes Only’.

What’s been the craziest moment of your career so far?

I think the craziest moment so far has been playing with Like Pacific and Trophy Eyes. It was the first time we played with bands that we actually listen and look up to and it was the first show that made us feel like a ‘real band’ instead of a local band.

Is there a date you are most looking forward to off your upcoming UK tour?

Always looking forward to playing in Bournemouth. Especially this one as it is our hometown EP release show at a very intimate venue.

Have you had anything funny happen on previous tours?

We went on a mini tour last year and the girls that run our label (Common Ground Records) were over from the States and came to a show. The other guys went out afterwards to Wetherspoons (Obviously) and our merch guy Aaron decided to try and lift Max and Josh (Bass) up and they all ended up on the floor. I hadn’t gone out with them and woke up to the news that Aaron and Josh hadn’t come back to the hotel yet because they were still at hospital because Aaron damaged his knee and had to be on crutches for the rest of the tour.

If you were just asking me, Waterparks all day long. If you were asking any of the other members the one band that always comes up is Weezer. That would be a dream.

Have you had any crazy fan moments?

We have had nothing but positive reactions from fans so far, but there is a first time for everything.

How has the release of your new EP gone so far?

The response so far has been phenomenal, we are so happy to see people excited about our new music and we just hope that people embrace the full EP as much as they have with the two tracks released so far. It has been extremely humbling to see the support.

How would you describe your EP?

I would describe it as a new wave emo/alternative collection of songs. Each song really has its own style with ‘Wreck‘  and ‘The Side Effects of Being Happy’ being the more upbeat, catchy poppier tunes. ‘Continents‘ and ‘Killing the High Horse‘ showing off our darker side, lyrically and musically.

Have there been any challenges in the process of making it?

Actually making the record was a fairly smooth process. The main thing that had us struggling was Max (Vocals and Guitar) having glandular fever during the recording process. He was literally in and out of hospital while recording his parts.

Do you have a particular writing process?

Our usual process is that Max will have loads of ideas floating about and puts them together in a rough song structure. I (Jake) will then sit down with him and finalise a structure with some more solid rhythms (and normally puts some of my pop music influences into it) and then its just a case of jamming that idea until we start to find lead guitar parts etc.

Are there any themes in the new EP?

The EP jumps around on a few things. The songs are all quite personal to us, especially to Max and we feel like they are relatable to anyone that has experienced life and all that entails.

How did you find your sound for the EP?

The sound of the EP came about from a mixture of Max’s more unorthodox writing style and my more pop influences. We hear a lot of the same in the pop punk genre at the moment and we just wanted to create something new.

What hopes do you have for the rest of the year?

Supporting the release of their new EP, Wolf Culture are touring on the following dates.

They have also recently released a music video for ‘Wrecked’ which can be viewed here.