While on tour with Seaway I caught up with DJ and Ryan from Woes in Glasgow for a chat. So how is the tour going so far? DJ: Excellent. It has been great, the shows have been busy. Met a lot of people into our band which has been great. A good experience so far. The […] 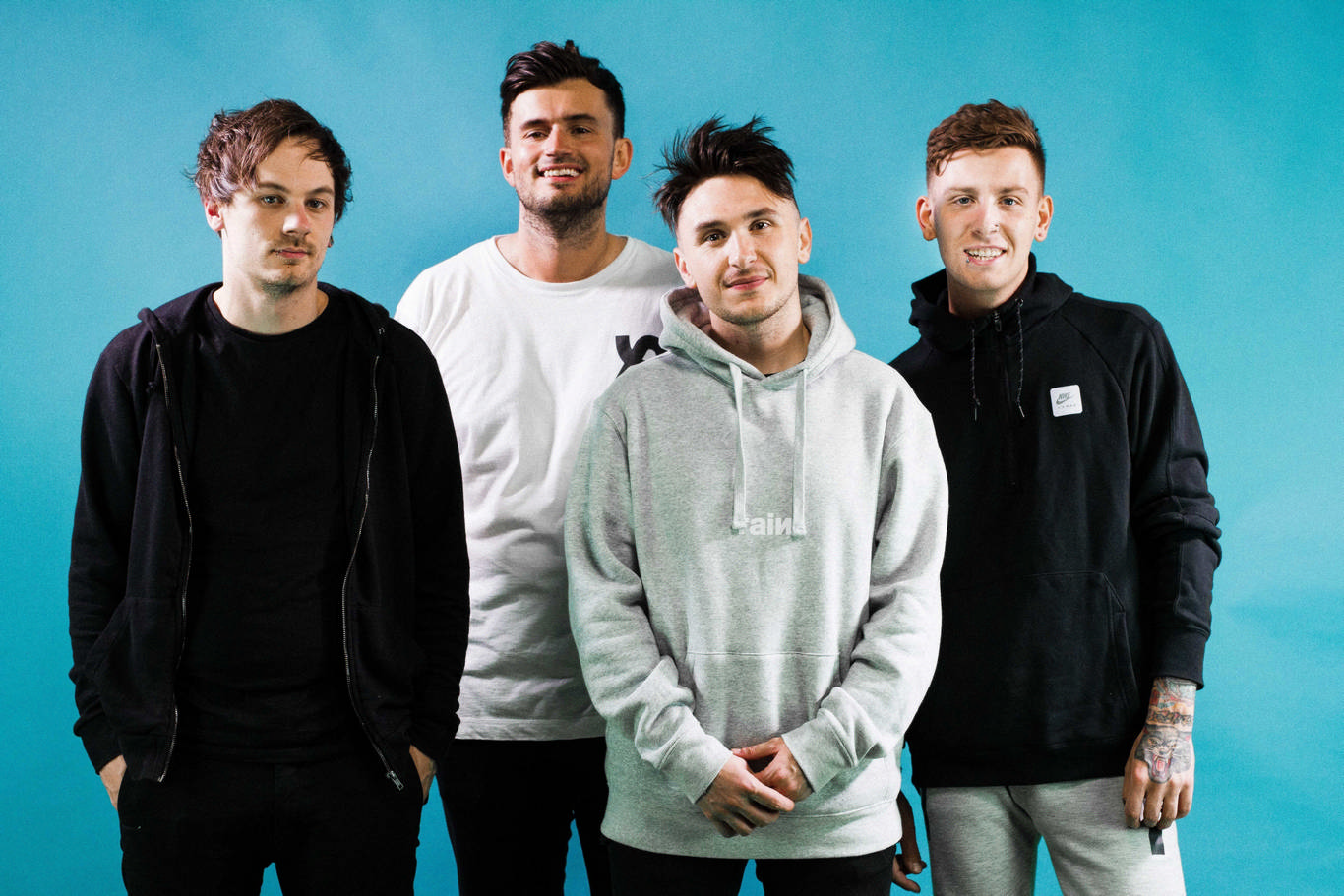 While on tour with Seaway I caught up with DJ and Ryan from Woes in Glasgow for a chat.

So how is the tour going so far?

DJ: Excellent. It has been great, the shows have been busy. Met a lot of people into our band which has been great. A good experience so far.

The start of this year has been really good for you. You are on tour with Seaway and you have just got signed this week. How did that all come about?

DJ: It’s one of those things that just came around. We released our last record on Rude Records. That deal came to an end after that. We had some friends in the camp at Unified. We started talking and realised we all wanted to work together.
Ryan: They genuinely seem interested in our band. And it’s not just one thing. They wanted to help us grow. They seem like the label we needed.

On top of that you have just release “Real World”.

DJ: Yeah, its out and streaming on all platforms. We have a video coming out for it soon, probably after the tour. We have been sat on new music for a couple of months now, waiting for the whole unified thing to go though. It good to be releasing music and have a plan and a clear path on what our future is now.

Speaking on the future. You have had a great start to the year. What is the plan for 2018. That you can tell us?

DJ: That always tough.
Ryan: We don’t make plans.
DJ: Yeah, we don’t make plans as it changes all the time. As a small band it’s always what can we jump on to. Who will have you as a support. If you get a decent support tour then we better release a single to help promote us and the tour. The plan this year is basically to play as many shows as possible. Last year we played maybe 20 shows. Which was fine but, we want to play five times that this year. We want to spend more time on stage than in the studio this year. That being said we have an album to write and record this year.
Ryan: I think this year we have more opportunity to play. We won’t have to sit around and wait to see what is happening with this or see what is happening with that. This change from week to week. Next week something insane could happen you know. But, we just want to play.

Your last release was described by some as having a Seaway sound. How does it feel now to be on tour with them?

DJ: Yeah, Great. Seaway are one of the pop punk bands that I listen to in my spare time. It’s so great to watch them every day. See how they control the crowd and the individual talent that goes into their package. They are great guys and the shows have be dead busy. Their fans are really passionate and have been really receptive to us.
Ryan: Totally. If I was a fan of Woes and Seaway, I would love to see them together. We sound different enough that you could listen to both bands and say you like this about that band and that about that band. I feel a lot more comfortable on this tour than I have on any other tour.
DJ: Yeah, definitely. The Neck Deep tour was ace. It was such a great learning experience for us. We gained a lot of fans but, that was almost arena size shows. This is more like small clubs, playing punk rock shows which is more our wheel house.

Earlier you talked about individual talent and song inspiration. Would you say that you guys as a band have a particular method to writing songs. Or if someone has an idea they can bring it to the band and run with it.

DJ: Yeah, we do have a method. We are more of a studio band. A lot of our stuff is demo and catalogued. We then go though them and pick the best bit and rearrange them from there. Everyone contributes. I have always seem myself as a lyricist and always try and write the best lyrics I can. Sean our bassist is legitimately a good producer and can help us with production things as we wouldn’t necessary think of ourselves. Ryan of course is an incredibly drummer and Steve is an incredible guitarist.
Ryan: We all chip in and add bit here. Like this is cool, maybe we could add this here. With all of us adding in these little bits just polishes off a song for us.
DJ: Everyone contributes to the dynamics of the song. Ryan who will be playing the drum bits can tell us we need to dip this bit here. We just all work on it together and try to make something we all want to hear.

As an Edinburgh band. How would you say the state of the music scene in Edinburgh is currently?

DJ: It’s not great. There has always been a better scene in Glasgow. That’s historically the way it has been. Edinburgh has a problem with a lot of music venues closing down. I can only think about two venues you can book a small show for. There are not a lot of bands. Especially in terms of pop punk, I can think of only one or two other currently. So, it hard to build the scene and with that you can only really play Edinburgh every six months maybe.
Ryan: And when you do you can’t keep playing with the same bands.
DJ: Yeah, you can’t. And you can’t keep playing the same stuff. There is a really problem with the lack of venues and lack of bands. The people in Edinburgh who are in the scene are really hard-work, dedicated and doing a good job. We need to find ways of getting more kids involved in playing music and for them to want to play in a band.

I like to end the interview with a few either or questions. So which do you prefer. In a song would you prefer more wood instruments or more percussion?

On a Sunday would you prefer a fry up or a roast dinner?

Ryan: That difficult. I don’t like to eat that much. I only like to eat like yogurts or soup. DJ, your more into food that I am.
DJ: I would have a roast.