When Nothing Works take on the A-Z challenge!

Our A-Z challenge is a fun way to get to know the many bands and artists out there. Here its the turn of When Nothing Works to tell us all about themselves! 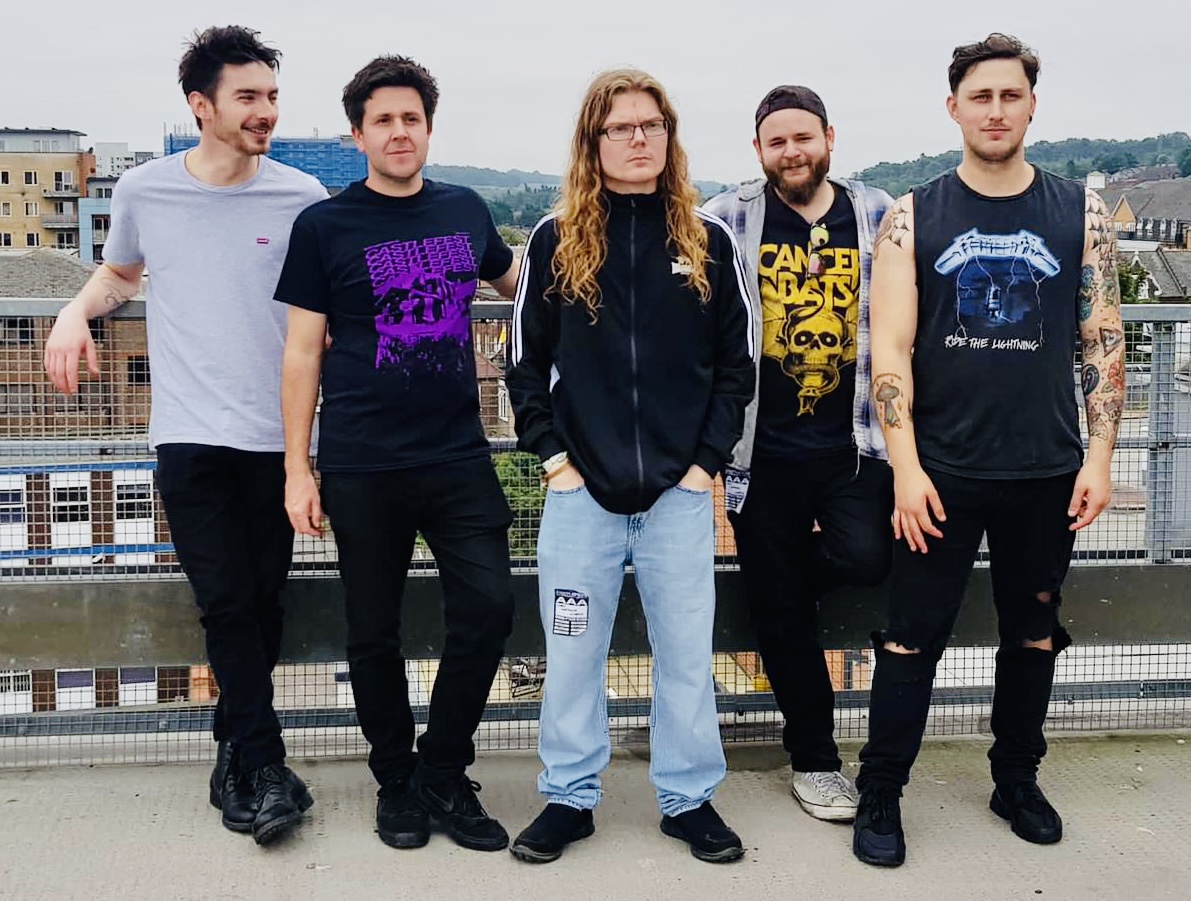 O:Bohemian Rhapsody. Grew up loving Queen. When I got into music production, the way it was made with the technology available at the time fascinated me.
A: The whole of Origin of Symmetry by Muse.

O: Running water and working toilets… Live the dream kids.
A: He isn’t joking, it’s not glamorous out there.

O: Probably all of Hurt/Heal. It’s a pretty deep song about loss.
A:Hurt/Heal was written by our vocalist (Jim) about the loss of someone close; “Death comes for us all, but it came too soon for you” sums up the whole song and lyrical theme.

O: All of them. I’ve only just stepped in on guitar this year.
A: Hungover Guilt came together really quickly for me, I wrote the song musically and passed it to our vocalist. Almost immediately he had written the vocals and it all came together.

O: Hungover Guilt. Super fun riffs to play.
A: Can You Fly Bobby? It’s a short song but is also one of our most aggressive to date.

O: At the moment, keeping the momentum around getting gigs as the industry reopens
A: Balancing all the commitments.

O: I used to own HMV. Well, not really, but I might as well have. A: Ben (guitar) has acidic hands that can corrode metals. I do not let him touch my guitars. Ever.

O: Adam is band Daddy. He looks after all of us.
A: Apparently I’m the joke of the band.

O: Ask Daddy…
A: Just keep exploring through playing any instrument for long enough until something happens that you just can’t get our of your head.

O: So far Camden.
A: We haven’t left the UK yet, and the UK isn’t really that big.

O: Probably Liam from Cancer Bats again. The guy has such energy and positivity. It really inspires me to want to get out there and carpe some diems.
A: La Dispute really made a big impact on me. The lyrical approach and songwriting, especially on the album Wildlife.

O: Penelope Tree. Bit different from our sound but if you dig pop/punk with feels they’re 100% for you.
A: Movements.

O: Cancer Bats.
A: BTS. Opening for the biggest band in the world in 2021 would be ideal.

O: Canada. Coast to coast. During hockey season. I basically want to use it as an excuse to see some games.
A: I’d love to visit Australia.

O: I’m honestly sh*t on quotes, unless its song lyrics. A favourite of mine is “It is better to destroy. Than to create what is meaningless. So the picture will not be finished” by Every Time I Die.
A: Anything by Albert Camus, such as “The only way to deal with an unfree world is to become so absolutely free that your existence is an act of rebellion”.

O: ‘I Hope This Is Not The End”  to me relates to the fact we played a handful of shows before having to put music to an end for 18 months.
A: Jim took this line from the song Breakthrough, which is about a previous relationship.

A: Check our socials for announcements, as we are currently busy booking up gigs to make up for the lost time.

O: If you mean pre-streaming/internetage,then probably not. Bands like us probably wouldn’t get the exposure without social media and self-promotion. On the other hand, there’s so much competition out there these days, anyone can record, produce and release really high quality music from their living rooms without having to spend any time and money in a studio.
A: It depends on who you ask, but as I see it change is inevitable and should be embraced more than feared.

O: We had a bright orange hi-vis beanie for a little bit. For our fans who work on building sites.
A: We didn’t sell many of those…

O: Support. Inspiration. Friends.
A: Encouragement and inspiration to continually self improve.

O: My hair needs some treatment. No idea what’s going on there. I did have to apply Deep Heat to Jim before the Black Heart gig ‘cause we’re all getting old.
A: Just as WNW went on hiatus I managed to get ulnar nerve entrapment from playing drums. I lost feeling in half my left hand and it took over a year to fully recover.

O: Time is a capitalist lie.
A: Hopefully everybody else’s, because I pride myself on my punctuality.