We chat to Normandie

Swedish rockers Normandie are currently on their first UK run in support of debut record Inguz. Following the release, the band have received excellent reviews and are on the up! We sat down with drummer Jesper Malmberg and frontman Philip Strand to talk Inguz, the Pokemon craze and how we are not alone…. 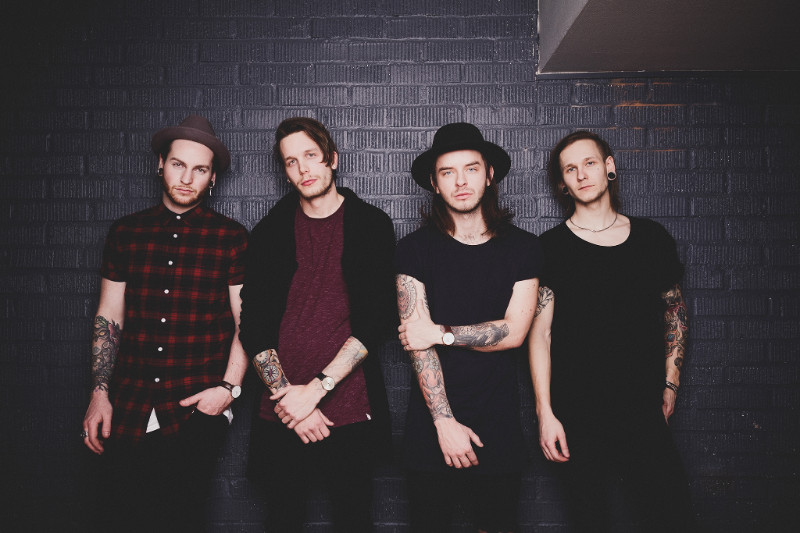 Swedish rockers Normandie are currently on their first UK run in support of debut record Inguz. Following the release, the band have received excellent reviews and are on the up! We sat down with drummer Jesper Malmberg and frontman Philip Strand to talk Inguz, the Pokemon craze and how we are not alone….

You began the tour last night in London, which was your first UK show. How was that for you?

Philip – It was great. There was a good turnout as well, I think there was like 60 at the door and 75 pre-sales. Which is crazy!

Jesper – Yeah, absolutely amazing. Blown away by the response.

The tour is in support of your debut album Inguz. It has rightly received some great reviews. Are you pleased with how well it has gone down?

J – We had some high expectations but of course we are happy with the response and we didn’t think that the reviews would be that good.

P – It’s easier listening as well so the response would probably be better than our previous songs but the reviews are the ones that surprised us the most.

It sounds a lot different compared to your previous record. Did that decision come naturally to sort of make a big change to your sound?

P– We lost two members (founding bassist and screamer) and the transitions were pretty easy. We had a skype call and were like “okay what should we do now? Should we quit the band, should we put it to rest” and after an hour of talking, we decided “okay lets turn the page” and “what do we wanna sound like now?” I don’t wanna scream anymore, I used to scream before and now I just wanna sing. So it kinda just evolved into the sound we have now. You can still hear some influences from our previous record like the songs Fight and Loophole are still quite harsh.

What’s your favourite track from the record and why?

J – Mine is Awakening. It’s quite personal for me and for Philip too lyric wise and the song is really fun to play and one of the funnest songs to write too.

J – All the melodies and all the lyrics just came by very natural.

P – That song and Starting New has a good vibe as well. We like that summer vibe right now. That’s a song we’ve just added to the setlist for the first time. We played it yesterday for the first time and everyone knew the song which came as a surprise for us because it’s not one of the singles, it’s not the next single either. It’s just an album track that turned out good and I mean the whole album has a positive vibe but the song Starting New has the sound of a positive vibe as well. You can hear it instrumentally and you know it’s a positive song. So that’s good.

You recently released a video for Fight, which gives an insight into your live shows, for those who haven’t seen it, what can they expect from a Normandie live show?

J  -I don’t really think that much about our live shows if I’m honest, we just like go into it and stay as present and into the music and hopefully what you can expect is a good vibe.

P – You can feel the vibe changing, like if you play in Prague like we did on the last tour where we played Rock Den See which is a festival near Vienna in Austria, the vibe is different in the UK but it’s still the same kind of response. It’s like the melodies are catchy so there’s a lot of sing-a-longs there and hopefully there will be a lot of sing-a-longs [in the UK] because the lyrics really means a lot to us and we hope it makes an impact on people.

J – I guess if you see us live and know our music then you can expect connections.

P – We like to connect with people from the stage.

As a band, who would you say your main influences are?

P – We love a lot of bands like The 1975 are a good band right now (Breathe in the Silence’s Nathan who is sat nearby agrees) and the new album is really good, but sound wise, I don’t know, there’s so much! I’m a huge John Mayer fan, not his lyrics though, they’re quite depressing at times, but his melodies are so catchy. 30 Seconds to Mars as well, they got the anthem, sound. (To Jesper) Do you have a specific drum influence maybe?

J – I don’t know really, I love pop punk and it doesn’t really show in the songs.

P – It’s hard to say, it went so fast with the transition in sound, so we really didn’t get to sit down and say “this song is like this, this song is like that” cause all the songs sound different to us, like Starting New or Fight, they’re completely different.

We always end with some random questions, some are serious but most are quite fun, are you ready?

J – Szeged is pretty cool. It’s always something when we are there

P – Szeged in Hungary. Yeah it’s just a different type of people completely. It’s not like they have a different society but I’m not sure how to say it.

J – It feels like you’ve travelled back in time. No-one is looking at their phone or taking pictures, everybody’s just looking at you and dancing. They can’t take pictures after the show because they don’t have their phones.

P – It’s mostly just autographs, I’ll autograph somebody’s face. It feels a bit like how I’d think the AC/DC and Guns ‘N’ Roses shows went down in the 80s. Like when there were no phones to take pictures, people just drank beer and had fun and that’s exactly how the vibe is there! So that’s one of the favourite places. A lot of stage dives and all that shit.

A proper old school feel to it then?

What would your chosen topic be on Mastermind?

J – I would choose Blink 182 or something like that I guess. Maybe just life in general.

P – “What is life?” Is that the question you want to get in Mastermind?

What is your favourite Pokemon and why?

J – When I was a kid it was Charizard, I wanted Charizard so bad. Now I think is there a Pokemon called Clarify? No? No Jigglypuff! I really like that one because it’s cute.

J – I know I have trouble sleeping sometimes so I’d love to have a Jigglypuff.

J – That’s actually a really good question. I would wanna play it. I love playing, but he writes most of our stuff so I guess it’s more tricky for you.

P – I always want to [be] involved as a musician so I’d say I’d write the more tricky stuff. For me its tougher to write an easier melody that everyone’s going to remember instead of a really tough guitar chords or something like that that theres going to be like 3 people in the crowd whos going to be really nerdy, you know what I mean? I think it’s a lot tougher to write a Katy Perry song than a Meshuggah song, so I’d say I’d write music, it’s gonna last forever.

J – Never. Never been anywhere near a police station except for picking up my passport.

P  -Me neither. I’m a good boy. We try to not get into any fights or anything like that. That’s kinda boring, a boring answer.

P – No, I’ve never punched anyone.

J – Yeah I mean there’s like how many galaxies? Of course there’s going to be more life than this.

P – Exactly, it’s hard to explain that there’s just going to be one planet.

P – There’s probably another Jesper somewhere hanging around with another Philip.

Right now as well, at the exact same time and they’re answering the same questions too,

P – Thank you for interviewing us, this was fun. 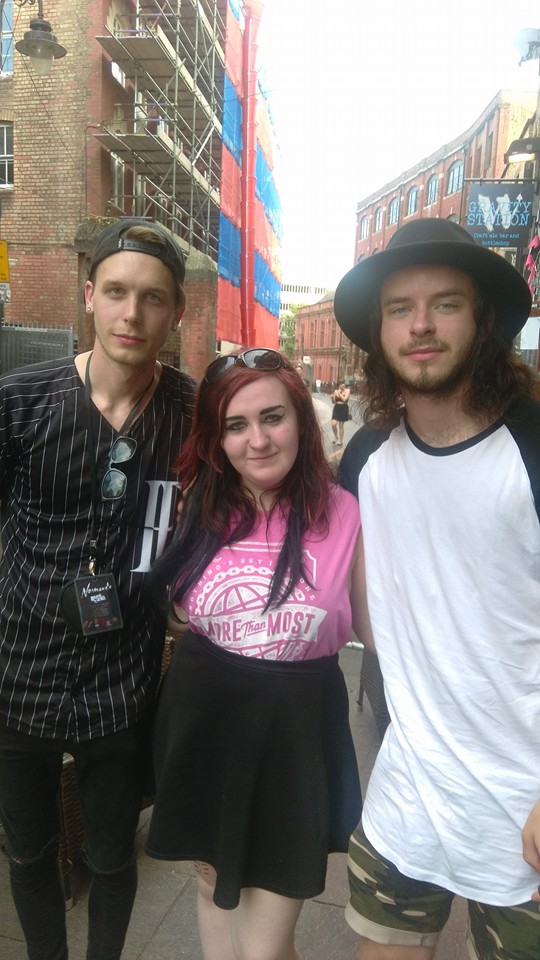