Vultures take on the A-Z challenge

Our A-Z challenge is a fun way to get to know acts. Here is the turn of Vultures to tell us all about themselves! 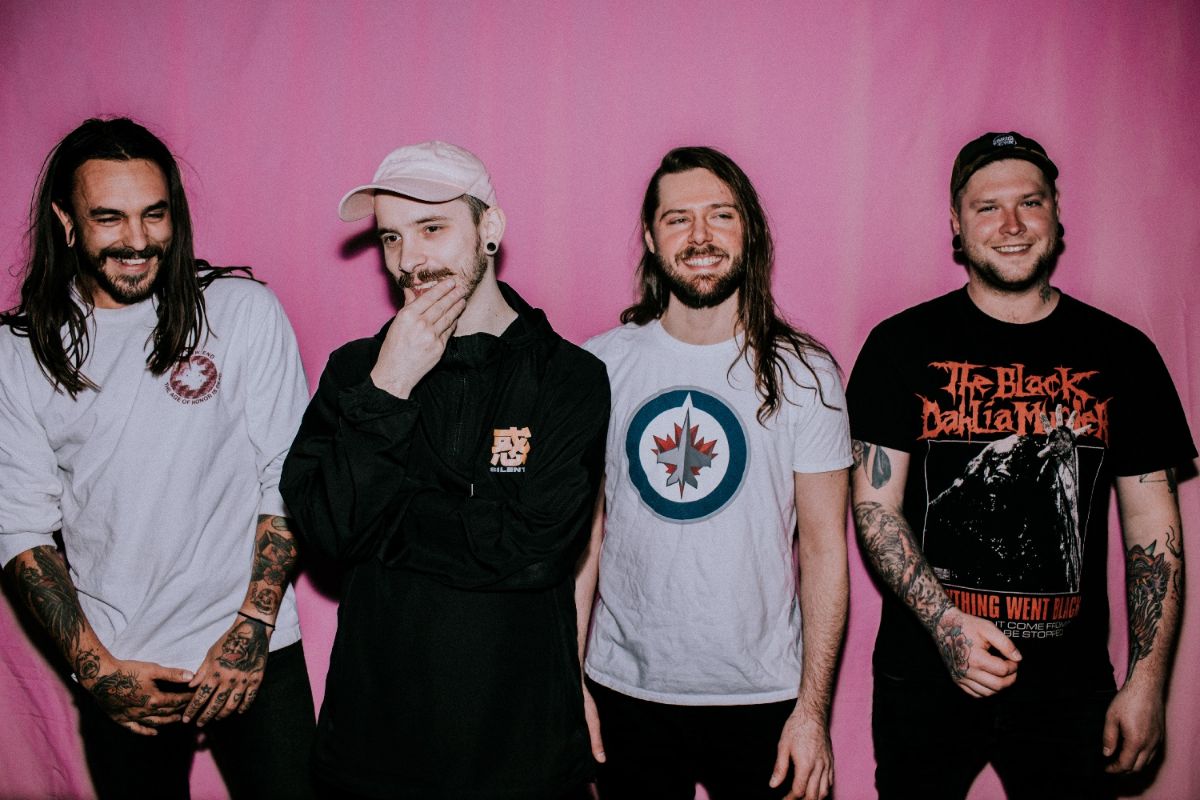 I think the band that personally really pushed me into wanting to write my own music would be Darkest Hour with their albums Undoing Ruin and Deliver Us. These were huge influences when I first started joining bands in high school.

Uhhm… we get free food sometimes? The best is when venues or promoters hook us up with rooms.

The craziest would have to be driving across Canada in two days after our transmission blew up. We had a show in Guelph that we just managed to make on time. Didn’t turn the engine off once other to fuel up, driving across the country.

Mine would have to be Acceptance from our EP Hunger. It’s very smooth playing on guitar and people love it.

On Hunger we have Larissa Stupar from Venom Prison guesting on the title track. She did an awesome job! We’d honestly love to have a guest from a band we’ve toured with or from a different genre of music. We haven’t really discussed any features on the next EP yet.

The hardest thing is probably getting the perfect group of people to tour and write with. We have gone through a couple member changes. Our current line-up with our new bass player Brad has been a breeze so far. :))

Besides the band itself?

Our formula for writing is laying down guitar and drums starting with one or two key parts and building off of them with lots of space in mind for vocals and bass.

4,143 kilometres to get to Guelph Death Fest after a transmission went on us.

My personal most inspiring act was probably 68’. I was a huge fan of The Chariot and I’m a huge fan of 68’ now. They rule and Josh is a next level performer. Being able to play a show with those guys made my life.

Dealer is a pretty sick band, would love to do a run with them one day. I’m pretty sure their debut was this year?

I think Dealer are from Australia so if you opened up for them over there you’d be playing some sold out shows FOR SURE.

I’d love to tour Europe and the UK. It’s just getting over there. Hopefully we can find an agent interested in getting us overseas. That and the East Coast USA. I’d love to make it over to Florida and New York.

Our EP is about substance abuse and how it effects different people. The title itself is the feeling of addiction. People feel the need to consume as if they need it like food or water like being hungry or thirsty.

Yeah I guess for making money the old days were better. The internet has kind ruined the magnitude of actual album sales but I think it’ll change eventually. I think artists should receive proper pay out for the hard work they put in.

I was really close to ordering custom condoms lol. Other than that, not really. We have a bright pink tour exclusive long sleeve shirt for sale at all our upcoming shows. It’s pretty tight if you like pink.

None that I can think of off the top of my head. We kind of abandoned playing all of our older songs live since we’ve gone through so many bass player changes. We’re now ready to start playing more new songs and older songs again and letting Brad have his own spin on them on bass.

Everything. Even if it’s a Tuesday show and it’s not a huge turnout, seeing someone come out just to see us in a four band line-up makes us feel all warm and fuzzy inside.

None band related at this point fortunately other than pulling a muscle or something.

Depends really, if there’s a mechanical issue there’s literally nothing you can do but try and get it fixed ASAP and make it better late than not. Punctuality is very important though, being late to a show is the worst. Bands should make being on time a bigger deal more often.

You’d think a vulture but I’m going to have to say some kind of weird monkey behind the scenes.