VNDTA take on our A-Z challenge!

Ahead of the release of their new EP, Pale Glow, we asked VNDTA to tell us more about themselves using our A-Z challenge! A song that made you want to make music? Thinking back to childhood is difficult but recently it would have to be King 810 – Heavy lies the crown. So brutal. Best rider you’ve ever […] 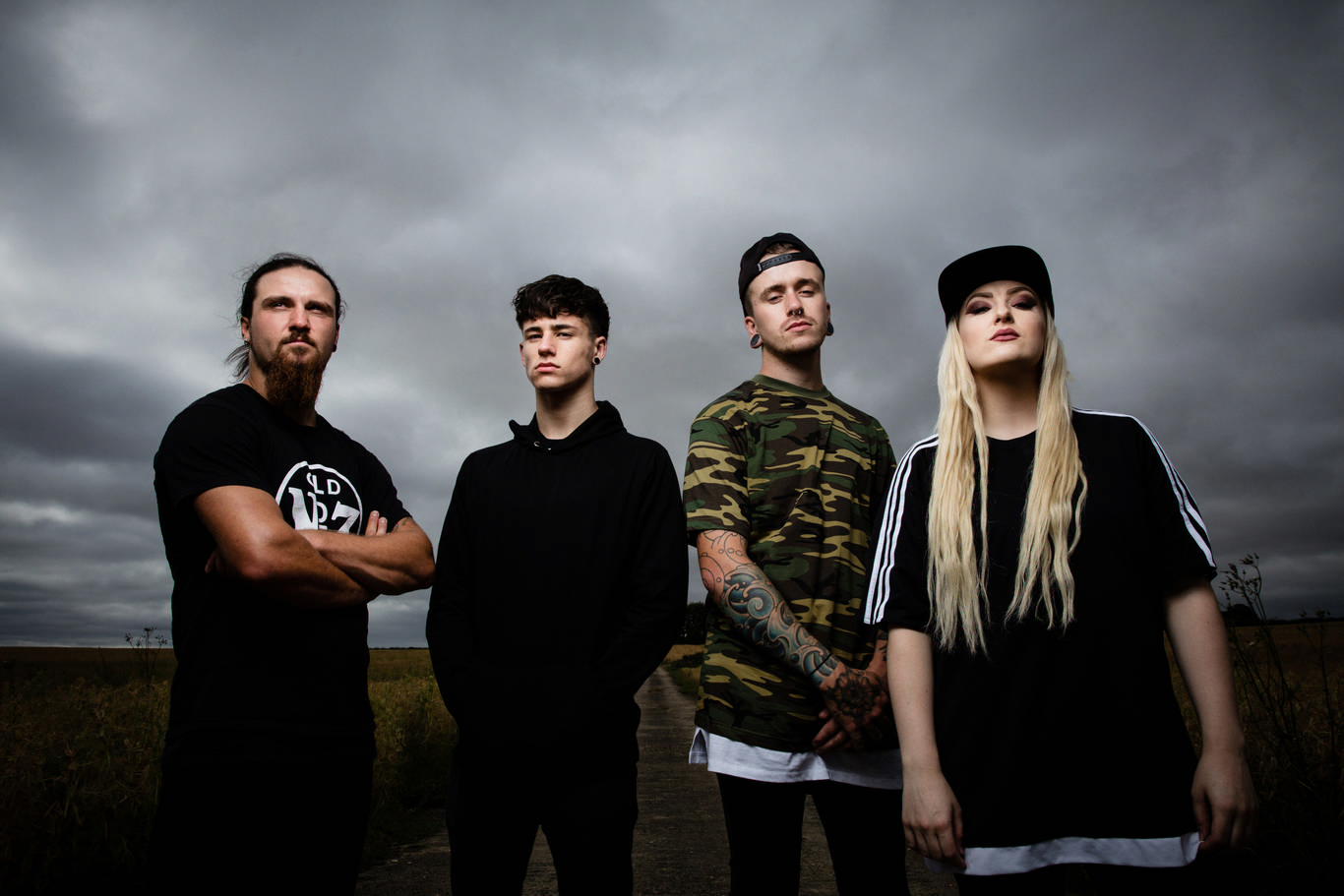 Ahead of the release of their new EP, Pale Glow, we asked VNDTA to tell us more about themselves using our A-Z challenge!

Thinking back to childhood is difficult but recently it would have to be King 810 – Heavy lies the crown. So brutal.

Were not usually blessed with riders. We got a fridge of fosters once! Although we don’t drink before we play. That’s about it.

Dressing up as the Spice Girls for a Halloween Show. Men’s hairy legs in fish net stockings is not a nice look haha.

‘I’m a master of disguise, hiding behind swollen eyes, I watch the sunrise once more’. It’s about being depressed and no one knowing about it.

Probably our song ‘Virus‘. We’d been pondering on it for a while and put it on the back burner. But once we came back to it after a couple of months we finished it within half an hour. Just flowed out!

It depends on the night but usually Martyr. It’s heavy!

CJ from Thy Art Is Murder. That would be insanely cool!

Learning that you can’t trust anyone! Even people who you thought had your back.

Our guitarist Jay has freakishly small pinky fingers. Seriously. He should be in the Guiness Book of World records. Or the circus.

There’s way too many! We’re constantly laughing and playing pranks on each other. Callan keeps a Nerf gun under the seat in his van for protection.

Don’t force it. If it’s not happening just come back to it. Allow everyone to have their own opinion and approach. Don’t restrict yourself to one genre.

Plymouth. By the power of Monster Energy.

We’d probably have to say CJ again. We went to see TAIM in Birmingham and expected a very aggressive typical heavy frontman. Instead we were faced with this charismatic and hilarious Australian bloke who was just so down to earth. Even though he was on stage it was like just chatting to a friend.

Death Goals. Incredibly different but in a good way.

“Give the man a mars bar”

It’s a metaphor for the hope that the band gives us. Even though we’re surrounded by a lot of negativity and ‘darkness’, this band is the glimmer of hope within it all.

Club 85 in Hitchin this February 4th or on one of our many tour dates this March across the UK.

No we don’t really agree. We think music is getting better and better. And heavy music is pretty timeless anyway!

We’re thinking of bringing out underwear? Is that okay on a merch stand?

We’d like to have a go at playing the album stripped back. We think it would be quite challenging especially vocally. But definitely fun!

We’re still getting used to the term ‘fans’. As we feel as though it means we don’t appreciate them individually. But we really do. They mean everything to us. We work so so unbelievably hard to do what we do and knowing people care is surreal. We wish we could thank every single one of them individually.

Our vocalist is THE most accidental person on this planet. There’s so many injuries. But the funniest one was when she face planted the drum kit in Derby and still has a scar from it.

Megs. She loses everything just before we’re about to leave. She’s much better now though.

A skunk? Because we usually only wear black and white and even though we look quite sweet we actually smell bad a lot of the time.