A Trust Unclean take on the A-Z challenge!

A Trust Unclean are one of the hottest up-and-coming underground bands in the UK. If you’re a fan of the likes of Thy Art Is Murder and/or The Black Dahlia Murder then you should get a load of these! Their debut label release Parturition drops via Basick Records on June 2 and is a cracker! […] 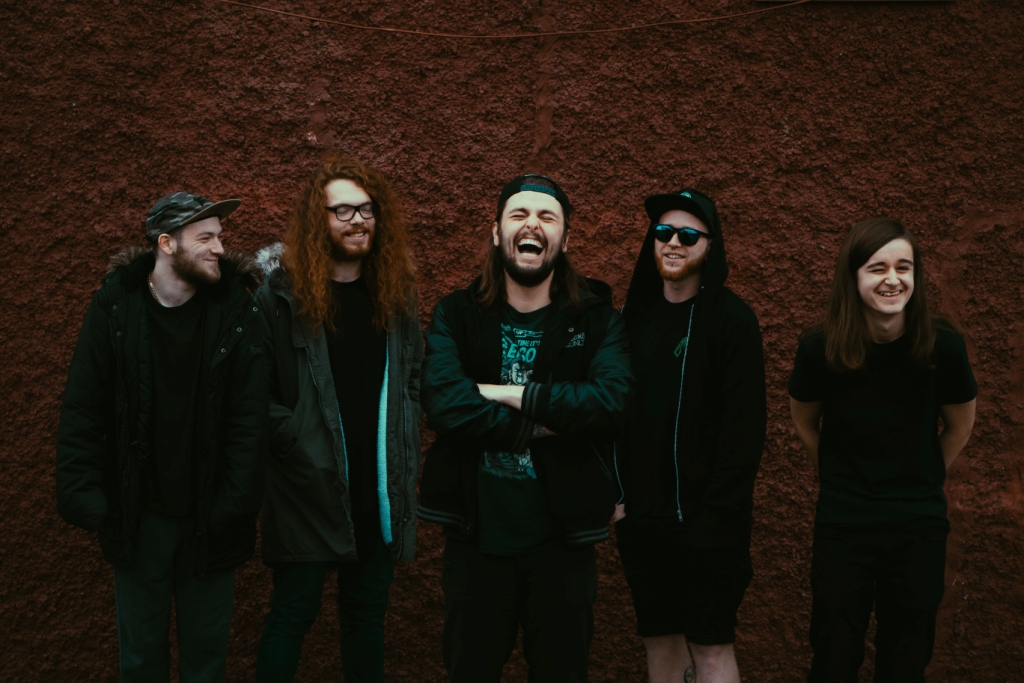 A Trust Unclean are one of the hottest up-and-coming underground bands in the UK. If you’re a fan of the likes of Thy Art Is Murder and/or The Black Dahlia Murder then you should get a load of these! Their debut label release Parturition drops via Basick Records on June 2 and is a cracker! We asked the band to take on our A-Z challenge:

For me (Shunt [Steven Hunt, guitar]) I heard ‘Cold Sweat’ by Thin Lizzy courtesy of my uncle, that song is stacked with riffs, solos and pinch harmonics, I was blown away.

Gotta be biased with this one and say Angelo (our manager) who is also a promoter in London, he whips up some mad chicken creation every show he put us on!

Well going back a few years we played with Exit Ten in a 1000 cap venue when we were really not ready for it, nor did we fit the bill for that matter… but we gave our all and then got to get drunk with Exit Ten and we had a reet laff!!

Track: Exonerate “Evil flowing freely from every cell inside me. Chaos incarnate. I Personify void. Hate swells inside my heart is devoid of empathy. I know not the struggles of your cause. Isolated from you emotionally a machine with directive to eradicate.” This lyric was written about the realisation that in some situations as hard as you try you’ll end up making things much worse… emo asf mate!

Exonerate off our new cd just flew out of Mikey’s head – the flow is so natural and for me it stands out as so.

Personally I really enjoy playing Aeon from the New EP which you can come and buy from us personally at our EP Release show Friday 2nd June. It consists of hard fucking riffs building to a slammer of a groove at the end. It’s just completely my cuppa tea personally.

We tried really hard to get some guest vocals on this record but ultimately ran out of time having exhausted our options, in our sights were Adam Warren from Oceano and both the dudes from Despised Icon. One can dream…

Travel is a bit of a shit for us, some members don’t drive and with two new members we’ve spread out slightly more across the UK.

Our drummer’s a virgin (unconfirmed).

We think our vocalist Kyle secretly fancies our drummer Noah… And we all wish we were gangster rappers, and after a few beers the ‘bars’ start to ‘flow’ and it’s pretty painful stuff. Anyone who’s toured with us will know…

Write a slammer of a riff and write around it, we’ve always been a riff-first vocals-after unit so it’s a breakdown or a tremolo section first and then vibe with it.

As we speak I’m lying in the van looking at the routing for the tour we’re currently on – towards the end of the run we have Glasgow to Margate, which is a pretty aggressive drive to say the least. We hope this to change once we start playing overseas.

‘Enterprise Earth’ and ‘Shadow of Intent’ are going down really well over here right now and we love what they’re doing!

We’d love to open for Lorna Shore or Oceano – hey we can dream right?!

Having only ever toured UK we want to play any new places we can – would be a dream come true to hit up mainland Europe and USA some time!

“Don’t do drugs, stay in education and get a stable job. Or just be super cool like us and spend all your money on guitars and fried chicken.”

On tour with ‘Within Destruction’ over the next 10 days & UK Tech Metal Fest this year!!

Not for me. I’m a super crisp production kinda guy and in my opinion music’s getting heavier which I have no complaints about.

We’ve not really had a chance to get anything other than t-shirts yet but I love mosh shorts and wind breakers, so one day would love to be able to offer that!

We strive to one day do an album of hip-hop variations of our songs. We’ll get around to it one day, probably when we’re less shit at rapping.

Cliché I know but they’re the reason we can afford to go on. So, everything, I suppose.

No we’ve been pretty lucky to be honest. I’ve done my knee ligaments recently which has slowed me down a lot but that’s about it.

The answer definitely used to be our drummer’s baby bladder making us have to stop a lot. But nowadays our new drummer would forget his head if it wasn’t attached to his body so I’m gonna say that our answer remains the same. Drummers, It’s always drummers. Fucking drummers, man.

Well Mikey (guitarist) looks like a lion but on the whole I’d have to say a camel. We can all hold our drink, recently my knee has decided to try and bend the wrong way, our drummer gets the ‘hump’ a-lot and we’re all ugly as fuck. On top of that you can often catch ATU spittin’ even though we spit bars not saliva. We are a camel…