Ahead of the April 6 release of Dream City, we asked singer-songwriter Tom Lumley to take on our A-Z challenge! A song that made you want to make music? There’s literally so many but i’d have to go with Bonfire by Saint Raymond. Best rider you’ve ever had? When I supported Coasts on there UK […] 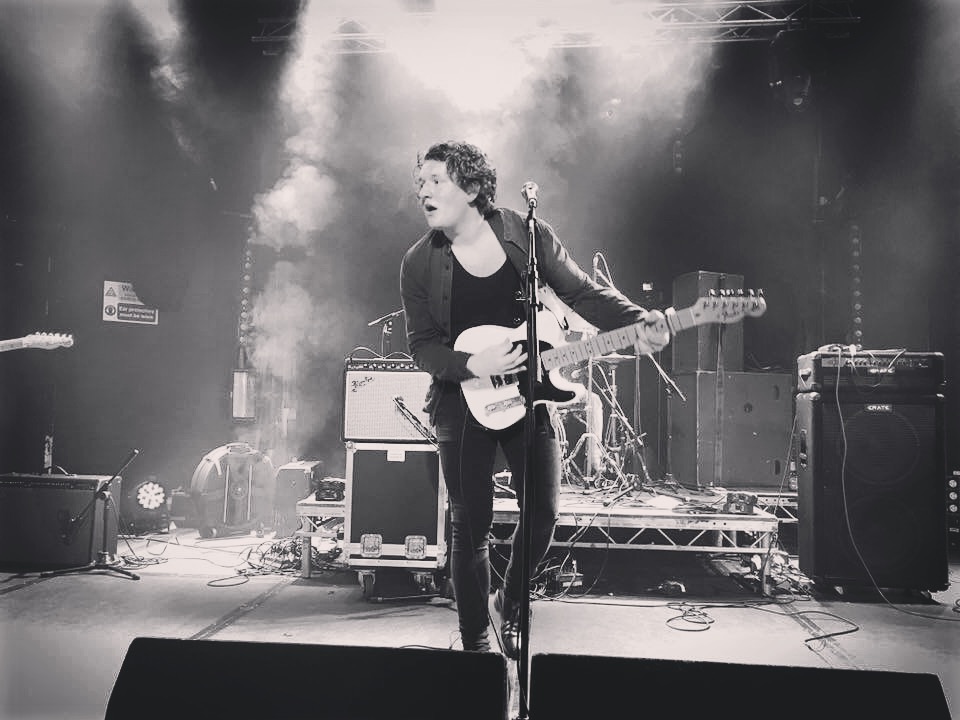 Ahead of the April 6 release of Dream City, we asked singer-songwriter Tom Lumley to take on our A-Z challenge!

There’s literally so many but i’d have to go with Bonfire by Saint Raymond.

When I supported Coasts on there UK tour the rider was pretty sick… there was lots of beer haha.

To be honest with you having the chance to play with festivals and shows alongside some of my favourite artists which I have grown up seeing live is the craziest thing for me.

‘Fucked with my mind’ In ‘Dream City’. I think this word just brings the anger out of me that I felt when writing the song.

‘Done My Time’! I’ll never understand how but it physically poured out of me on to the piece of paper in around 10 minutes.

I’d have to go with ‘Running From Our Lives’ simply because to the musical rock out part towards the end of the song is so fun to play.

This is a hard one, there’s so many. I think i’d have to go with Van from Catfish and The Bottlemen.

Having to drive the equipment home after gigs preventing you from having a beer when all your pals are! 🙁

I grew up in Spain from the ages of 5 to 18. It’s a long story but my parents decided to move there when I didn’t know too much about it… I’ll never be able to thank them enough for the life I had out there.

Every joke tends to fall on me! All the guys just seem to love taking the piss out of me.

Persist with it. If at first you can’t find the write vocal melody don’t give up, take 5 and come back to it. I’ve often left songs a few days which I didn’t think i’d finish and then gone back to.

I guess it’ll have to be Australia considering it’s the other side of the world. I had the pleasure of going over there the back end of last year and playing a couple of shows in Sydney.

Again i’d have to give this to Van. The guy is so passionate and you can tell he loves what he does.

I’ll have to go with some local boys and say go check out Hollowstar.

Arctic Monkeys, I think supporting them would put a permanent smile on my face.

I want to get out around Europe. I travel a lot sightseeing myself and there’s something quite amazing about Europe.

Not a clue with this one.

It’s taken from the name of the single ‘Dream City’. I chose it as that song means a lot to me and represented something huge to me that happened over the last couple of years.

I don’t to be honest. I feel like the x factor and the mainstream side of things did take over for a while but I think real music is really starting to fight back. There’s a lot more youngsters going to indie/rock gigs and following their local bands this year than in recent.

I want some Tom Lumley festival wristbands or my own beer with my face on the bottle haha!

Some nice upbeat Chase and Status style drum and bass would be cool.

They mean everything. Without them promoters wouldn’t book us, we wouldn’t earn money from merch to fund everything we do and making the music.

Not yet but I think our drummer Jonny will probably be the first.

Traffic! We’re in the UK, we can always belame the traffic… even if there wasn’t any.