Now we have interviewed a lot of bands here at AltCorner but we definitely did not expect this outcome from Los Trasgos Muertos as they gave us honestly the best and weirdest answers ever! Read it Below: Hello chaps! Why Los Trasgos Muertos? Because ‘they’ are us and ‘we’ are them. How did you guys […] 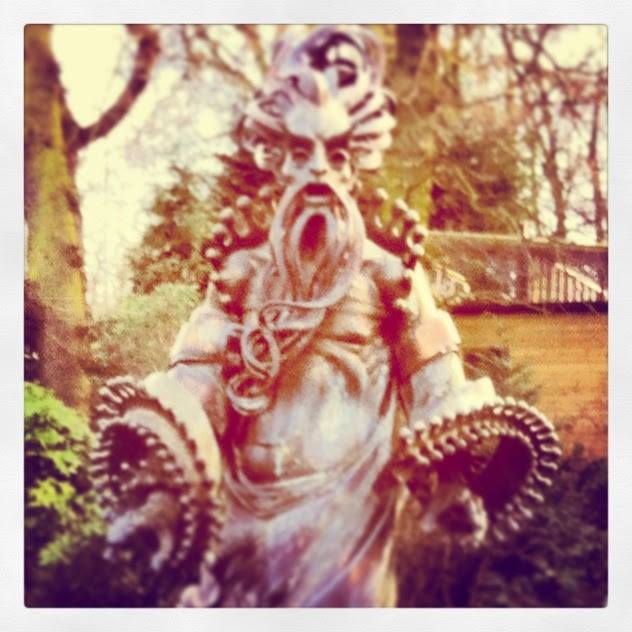 Now we have interviewed a lot of bands here at AltCorner but we definitely did not expect this outcome from Los Trasgos Muertos as they gave us honestly the best and weirdest answers ever! Read it Below:

Because ‘they’ are us and ‘we’ are them.

How did you guys come together?

A call went out through the land looking for a band of misshapen misfits to round all the malevolent spirits called back to the world after the celebration of Dia de los Muertos. The power of rock&roll is our weapon, our war-band ever growing ’till all ‘los trasgos muertos’ are safe within our embrace.

What would you say is your main inspirations?

Our hallowed ancestors who walked the boards in the war-bands of times gone by, their fossilized footprints are inescapable and strewn across the plain of music like an echoing stampede. We just hope we are one day considered worthy to join them in the eternal jam in the sky.

In terms of songwriting and creation how do you come up with your ideas?

We sojourn out to the mountain, braving perils along the way, ’till we eventually come to the cave of the three one-eyed crones. They are always naked… We give up part of our souls so they can concoct a potion for us in their white cauldron of death. This allows us to dream journey to our ancestors and learn the war-cries of old. And tequila.

What is a live performance, for people who haven’t seen you like?

A ritual to save the souls of the dead. We call the spirits to us then raise the energy to catch them, there’s 3 of us and many of them, but we have amps. There will be many dead along the way but the sweet release of feedback and fumes will carries us all through to the other side in waves of ear bleeding joy.

You release your Eponymous EP in February, what can we expect from that?

A proclamation, a warning, an incantation, and a prayer.

To range out to the Amazon to get a new spirit-catcher, our’s broke making this record. We will etch ourselves into shellac, sell out, get sick, and burn eternally.

Whats the ultimate goal as band?

To save us from ourselves.