The Lightness of Being take on our A-Z challenge!

Ahead of the release of ‘Diversions‘, we asked The Lightness of Being to tell us more about themselves using our A-Z challenge! A song that made you want to make music? Sign ‘o the Times by Prince, that whole album. Not exactly our genre, but it was like a shining light at the time, and still is! Best […] 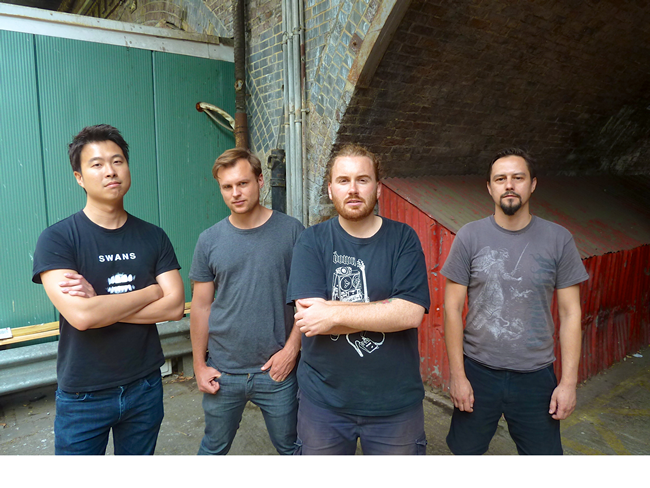 Ahead of the release of ‘Diversions‘, we asked The Lightness of Being to tell us more about themselves using our A-Z challenge!

Sign ‘o the Times by Prince, that whole album. Not exactly our genre, but it was like a shining light at the time, and still is!

Not exactly a rider, but a venue we played last year gave us £200 of drink vouchers to say sorry after the stand-in sound guy had a psychotic episode where he accidentally turned off half our instruments mid-set and tried to start a fight on stage. Yes it was that weird.

We were playing at a skating festival when a band on a different stage announced they would throw £10 into the crowd after each song, our whole audience left to watch the other band.

It’s hard to pick one, but the opening line of our upcoming single “Bottomfeeder” sets the tone for the song (and video) – it’s a simple line “Everybody rests easy” … but the disquieting tone of delivery and vibe undermines the suggestion.

Across the 3 EPs so far, “Disappearing Act” took the shortest time to write, it was pretty much formed during just one jam session. I wish we could do that more often!

Ask each of us and you may get 4 different answers, but  it would probably be a tie between two new tracks, “Bottomfeeder” and “Cave” – they’re quite different but both dynamic and translate well live.

For publicity purposes it would probably be Kim Jong Un, people don’t really know his singing voice but would listen in their millions just to find out. For musical purposes then in terms of living heroes… probably a 2 minute Neil Young guitar solo.

Juggling work / life of four people to work on stuff often enough to do what we believe we can do.

Whenever something sounds “a bit too Mumford”…

Every band or artist is different, but for us not rushing things is key.

The furthest we’ve played from central London is… Croydon (and one of us lives there). We have passports and are willing to use them!

Can we talk about Prince again?

Queens of the Stone Age.

After the past few months somewhere hot would be nice, we wouldn’t be fussy. The US would probably be the top of our list.

“If it’s free then you’re the product”.

The title for our 3rd EP “Diversions” is relatively simple – there are so many distractions and choices these days, we hope people can take a step back and listen for a few moments, put aside their mobile. Some of our songs are about current tensions within modern life, and the title relates to that.

Probably not, but it gets harder to truly stand out as time goes on. Some of our favourite bands, like those mentioned already as well as others like Meshuggah and Mastodon are still at the top of their game in 2018. Rock music isn’t out in front as perhaps it once was, but especially with the rise of streaming services people now probably listen to a wider variety of stuff which is a good thing.

We had some mugs made a while back but that was probably a mistake.

Great question – we’d like to try a stripped down acoustic version of “Cave”, the 2nd track on the current EP. We’d lose some of the atmospheric delayed guitar, but I think we could make it work.

We massively appreciate it when people make the effort to come see us. We’re probably more their fans than the other way around!

My spine curves to one side (which showed up bendy in an X-ray last year…), it could be from playing too much guitar!

So it’s a stereotype… but our drummer Sergio. Thankfully it doesn’t happen too often, but once he missed a show as he was still on a plane (or rather a runway in Poland waiting to take off)… and another time he was two hours late when he witnessed a crime and had to give a statement.

We’re thinking monkeys but not gorillas or pink-bottomed baboons. Relatively intelligent, can use basic tools, but with some way to go.