After forming in 2013, The Academic have built up a strong reputation for their live shows and with the band still in their teens , the future looks bright for this new indie outfit from Mullingar, Ireland. On the back of being announced for Truck Festival, we had a chat with the four-piece and here it is… 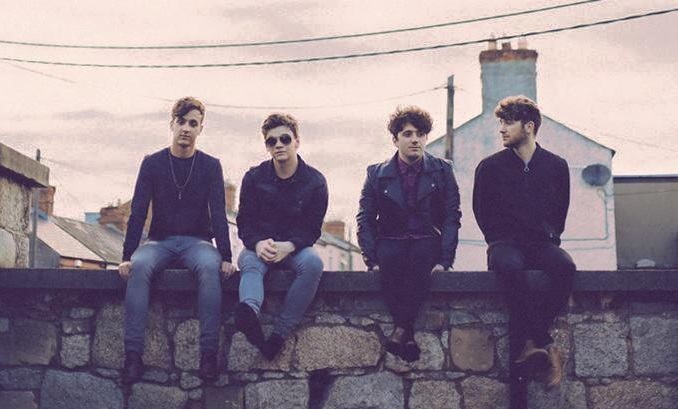 After forming in 2013, The Academic have built up a strong reputation for their live shows and with the band still in their teens , the future looks bright for this new indie outfit from Mullingar, Ireland. On the back of being announced for Truck Festival, we had a chat with the four-piece and here it is:

Now, You’ve had a quite a rise since forming in 2013, how does it feel to look back on your time as a band?

It’s been a crazy journey, it feels like we’ve accomplished so much already it makes us excited for the future.

You have been announced for Truck Festival – the line up is insane! How excited are you for that?

The line up is great, we can’t wait to catch Peter hooks live set.

You release your debut single ‘Different’ on the 24th, how was it recording this single? – was it a relief to get something official recorded and ready to be released?

We had great fun in the studio it was a really positive atmosphere. We’ve been dying to get music released and we’re so happy to get it out there.

On the back of the single, what is the plan next…an EP? or album?

We hope to release our debut ep in the summer.

What kind of things influence you as a band?

Lots of different stuff influences us as a band. We draw a lot of inspiration from the people we meet On the road and just simple everyday things. We draw a heavy influence from film aswell.

How did all of you meet?

Matt and Stephen are brothers, we all became friends at an early age in school. It just made sense to start a band.

I see that you are quite big fans of FIFA, who is the best and who is the worst?

Our fifa rules are very specific we only play as one stars. We follow our teams passionately outside the game also. Dean has won the most band tournaments while Matt is yet to win one.

If you could tour with one artist, who would it be?

The UK is full of amazing upcoming artists right now, are their any you are really enjoying right now?

We are massive flyte fans and there’s also a cool new Irish band called All tvvins you should check out!

Lastly,  I’m gonna give you a tough band call here….The Libertines or The Stone Roses?

It’s a tough one but we gotta go with the Libertines!