Tenements talk about their new EP What Hasn’t Killed You Is Only Getting Stronger. 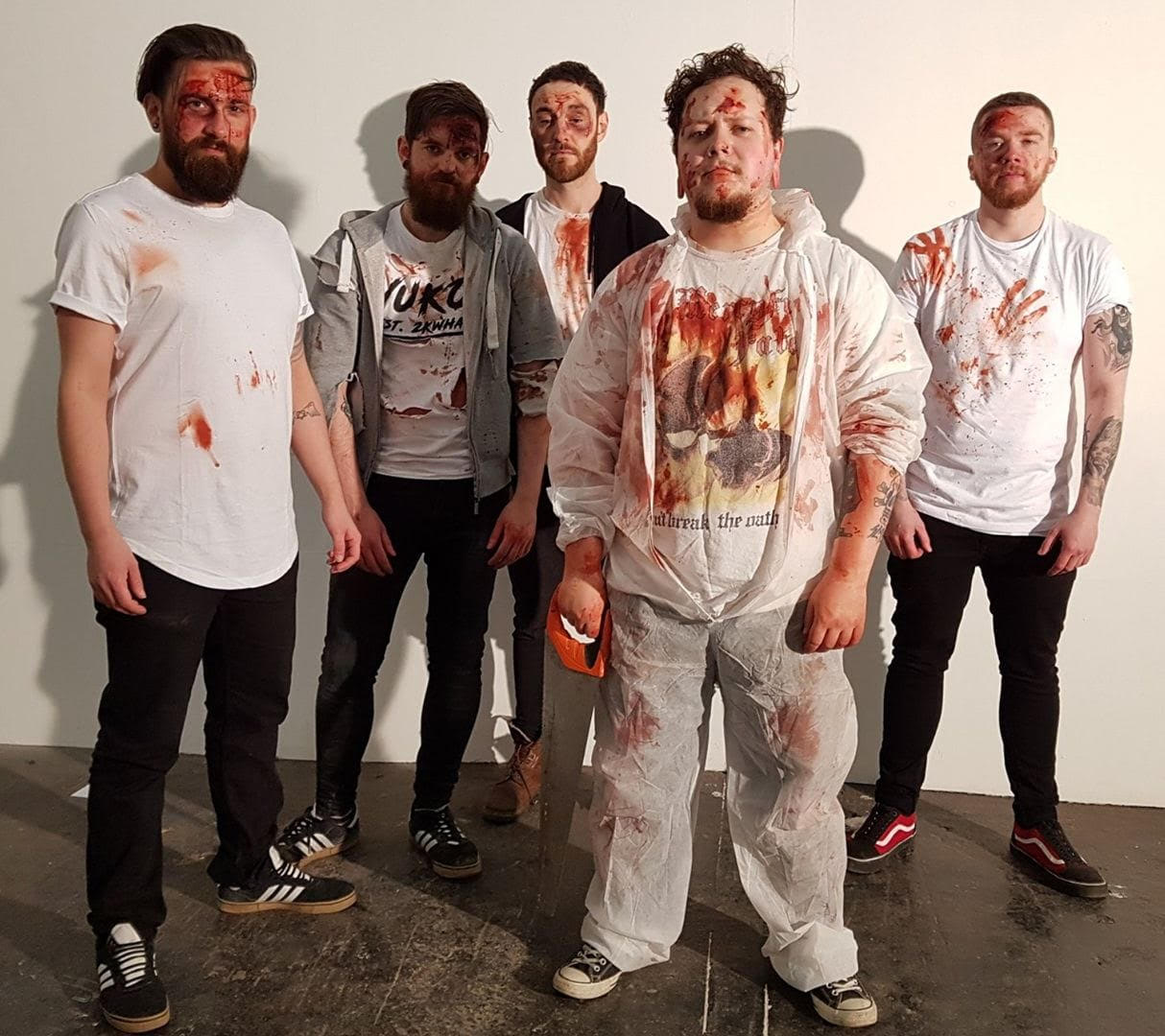 Glasgow post-hardcorers Tenements released their new EP What Hasn’t Killed You Is Only Getting Stronger on August 31st. We spoke to the band to discuss the EP

Are you looking forward to the release of your new EP ‘What Hasn’t Killed You Is Only Getting Stronger’?

Absolutely! We had set up a gofundme to help finance a part of the release which was a tad nerve-wracking, but those who contributed just received their copy this weekend and are loving it so far! I hope that bodes well for our general release.

How would you describe the sound of ‘What Hasn’t Killed You Is Only Getting Stronger’?

Lyrically we explore many aspects of mental health. We treat Tenements not just as a band, but as a support group. We’re very open about who we are and what we go through and treat the music itself as a metaphorical soundtrack to guide the lyricism. There are heavy moments, there are poppy moments, and through that there are spacy and uncomfortable moments. We wanted to take you on a journey of emotion and feel and think we have achieved this to the best we could.

Have there been any challenges writing or recording the EP?

I don’t feel that there were necessarily challenges in the writing, but we have gone through a couple of different line up changes and hardships between recording and releasing that have brought new meaning to the songs. A lot of the material was written by myself (Darren) and had contributions from former bandmates of a Pop Punk project I was part of for 7 years. As I amassed a new line up for Tenements they seasoned the tracks with their own flair and it’s come out excellently. As proud as I am of these 8 tracks, I’m more excited for the future and what we can accomplish together. This is just the beginning.

What has inspired the new EP?

The two main aspects that inspire my writing are mental health issues that affect the band as a whole, and my personal political views often come into play. Outside of the band I tend to be boring and read a lot of sociology essays and try to relay my opinions in a few songs. As a band we are also incredibly open about our mental health issues and use our songs to convey message that we’re all in this together. Personally, I am currently struggling with anxiety and experience strong bouts of sleep paralysis. The songs Silhouettes and The Fear showcase the points we try to bring across. You can be going through hell but there is always someone there to help. Tenements is a band. Tenements is a support group. Tenements is a gang.

How did the release of single ‘The Fear’ go?

It was a lot more well-received than we thought. Its funny, when you’ve had these songs for a long time to yourself and played them for so long you get a bit worried on what the general consensus is going to be. We’re yet to hear a bad thing about it, and as a formal introduction to Tenements to most people it’s really cool that they dig what we are offering!

Is ‘The Fear’ a good indicator of what to expect of the rest of the EP?

It’s difficult to say. We all agreed to make it the opening track as it represents us as a whole – intense, heavy, melodic, and ready to smack you in the face with a killer hook. We have a much poppier feel that is yet to be put on the public. Once the album is out we await to see feedback on that side of the band.

You have a lot of gigs coming up in the next couple of months, are there any you are particularly looking forward to playing?

If you could tour with any band who would it be? Every gig we play has it’s own unique experience and we’re always as excited as we are anxious before every show. In terms of bands we’d like to play with, we’d honestly play with anyone and have a rare time doing so! We asked our friends in Citadels and Aspire to join us on a leg each next month as we always have great chat and looking forward to having an absolute mad yin with them. If you could also build us a time machine to around 2006 so we can get on all the old Taste of Chaos bills, that would be tremendous. Basically, be a bunch of sound guys or in the past!

What are your hopes and plans for the rest of the year?

Writing and gigging. We’re on an absolute roll right now with new material and eagerly awaiting this tour cycle. Everything is looking bright and we welcome it with open arms. Thank you.