Talking to Sam from Weak Knees

We had the pleasure in speaking to Weak Knees bassist Sam Taylor to chat about the band, the future and what their aims are for 2015. Check it out below: So, How did Weak Knees come together? Introduce yourselves! So Sam & Liam were playing in another band in 2013, and towards the end it […] 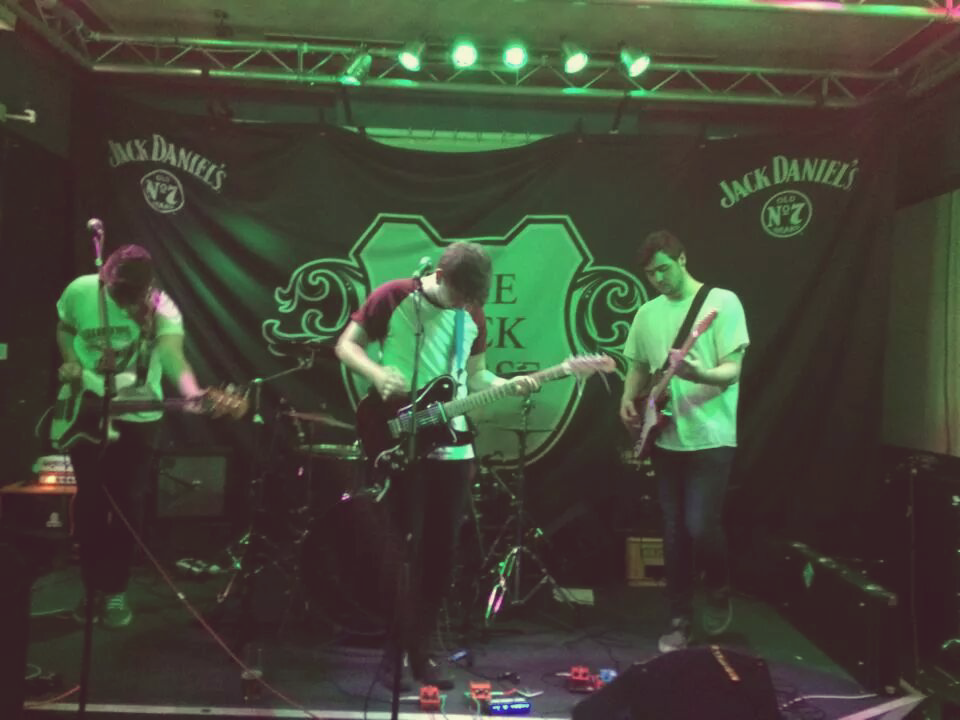 We had the pleasure in speaking to Weak Knees bassist Sam Taylor to chat about the band, the future and what their aims are for 2015. Check it out below:

So, How did Weak Knees come together? Introduce yourselves!

So Sam & Liam were playing in another band in 2013, and towards the end it seemed like it was stagnating, so they made started writing together outside of this about a year ago. They got through a few drummers and bassists, but eventually recruited Liam’s younger brother Niall. I came in around May, after responding to an ad online looking for a bassist. We started playing shows in June & haven’t really had a chance to catch our breath yet, it’s been great.

When I joined, they were called Forte Ame. Despite being awkward to pronounce, indecision over where the accents would go etc, we agreed it sounded a bit too Touche Amore for us. we came up with a short list, whittled it down to 3, and Weak Knees seemed the most fitting, I can’t really remember where the idea came from, probably Real Friends, but Bony Knees is an awful band name (apologies to any bands called Bony Knees)

Who do you class as your inspirations?

We’re all pretty big on Taking Back Sunday & Brand New (controversial, we like both), we’re all massive Basement fans, and bands like Don Broco, Lower Than Atlantis etc.
Outside of music, beer.

We’ve got a few exciting things lined up (which we can’t announce yet) that involve playing a lot of shows in a short space of time, around the country. Tours, the plan is to tour, whack out a few EPs (maybe) and see where it goes!
And obviously get massively rich & famous and headline Glasto

As a band, what’s the ultimate goal?

Obviously get massively rich & famous and headline Glastonbury! Ultimately though, all we want is to do what we’re doing now, full time. If we can spend our lives touring, living in a small van, making enough to get by, we’ll be happy.

Moose Blood – I’ll Keep You In Mind, From Time To Time for me.
La Dispute – Rooms of the house, Lower Than Atlantis – Self Titled & The Menzingers – Rented World get very, very honorable mentions though.
…And Weak Knees – Progress, of course. I hear that’s tip top.

So they we are, all the latest gossip from one of AltCorner’s most hotly tipped bands to succeed in 2015!

Check Out Their AltCorner Band Page for more: https://altcorner.com/bands/weak-knees/