Talking To Issues At Slam Dunk

Issues have just released their latest record, been on a headline UK tour and just played Slam Dunk before heading back to the US for Warped Tour. I sat down with Michael Bohn (vocals),  AJ Rebollo (guitar) and Josh Manuel (drums) for a chat about Headspace, who has a tattoo of AJ and what Tyler […] 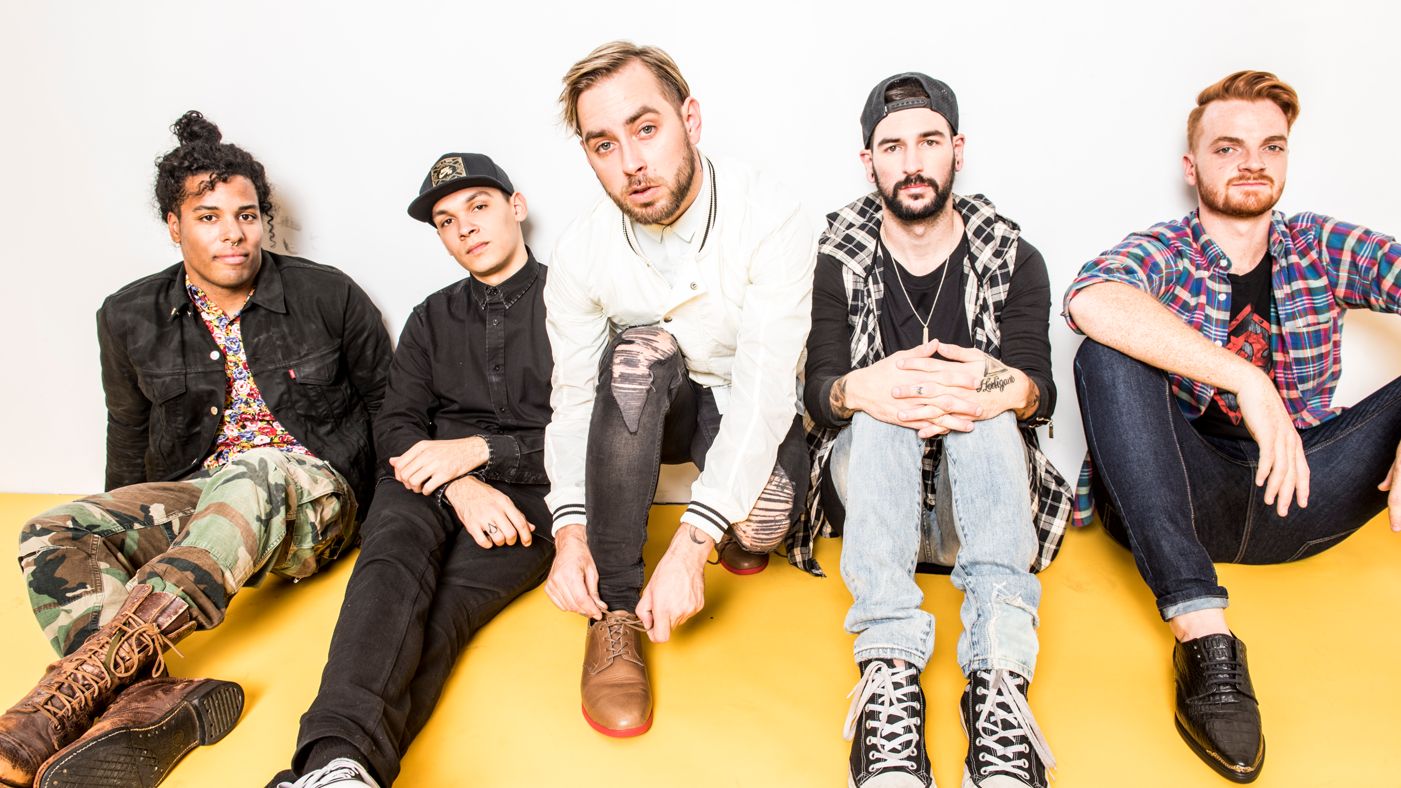 Issues have just released their latest record, been on a headline UK tour and just played Slam Dunk before heading back to the US for Warped Tour. I sat down with Michael Bohn (vocals),  AJ Rebollo (guitar) and Josh Manuel (drums) for a chat about Headspace, who has a tattoo of AJ and what Tyler likes to get up to with shaving cream.

Headspace has just been released and it sounds incredible! How do you think it’s been received? Are you proud of it?

Michael: Thank you. Really well actually, a lot better than our last two albums. We haven’t got too much hate so I think that’s a good thing.

AJ – It’s still a little early to tell but it seems good so far.

How do you feel the album has differed from your previous releases? I’m assuming you think it’s better from what you just said.

Michael – It’s a lot more cohesive, I feel like we’ve finally honed in on our sound and found a way to put together all these elements that we’ve been trying to put together. It’s better than anything we’ve written so far.

AJ – I think it’s the purest form of what we’re trying to do.

What’s your favourite track on the album?

AJ – I don’t think I have a particular one. My top 3 are probably Slow Me Down, Coma and Hero.

Josh – I like Home Soon a lot. I like Made To Last. That’s one that not many people have been talking about as much but I like that one.

AJ – Coma’s sick. Pretty much all the new ones are really fun.

AJ – The Realest is really fun, just cause it’s a little different every night. It’s very jammy, it’s way looser than our other stuff.

You’ve been on your headline tour recently, how was that for you?

Do you have any plans for the rest of the year that you can tell us?

Michael  -That we can tell you…

Josh – I guess Warped Tour, that’s the only thing we have booked.

Michael – We’re releasing a music video in the next couple of weeks. Can I say that?

Michael – I already said it so… Slow Me Down music video.

AJ – Those are the only things confirmed, we’re trying to go to South East Asia and stuff but we have no idea yet.

We always end with some random questions are you ready?

Michael – Plenty. Which one to choose though?

AJ – I would say the Oklahoma thing but its too long (We’ve got plenty of time).

Josh – Oklahoma thing, basically our TM and merch guy got framed at a bar by the bartender for stealing money and the cops were called. They got put in handcuffs and then eventually they found the money and got let go. It was a pretty crazy night.

Michael – It was much more in-depth than that…

If you were in a boyband, which one would you be in?

Josh – Tyler (Carter, vocals) likes to get naked on the bus and spread shaving cream all over his parts.

AJ – Yeah Tyler’s defence mechanism is to get naked. So if he ever feels like he’s threatened, he’ll just drop all his clothes and then flip the situation entirely so everybody else feels threatened if he’s running around naked with shaving cream on his private parts.

Josh – I got zero. I got freckles.

AJ – I have five and I have a broken pocket-watch on my leg that is broken on the time my aunt passed away so that’s probably my most meaningful one.

Michael – I don’t even know how many I have. I don’t know.

Michael – Oh yeah, I have one of AJ. They have like some sort of significance to me but I don’t have a most meaningful one. Stuff related to the band, the Atlanta A for where I’m from.

Which Star Wars character would you be and why?

AJ – I would probably be, I don’t know that’s really tough.

Josh – Hans Solo because I would definitely want to fly the Millennium Falcon.

AJ – I think I would be Anakin (Skywalker) so I could go back and not be such a little bitch and flying a pod racer looks sick.

Thank you for speaking to us today, hope you have a good set later. 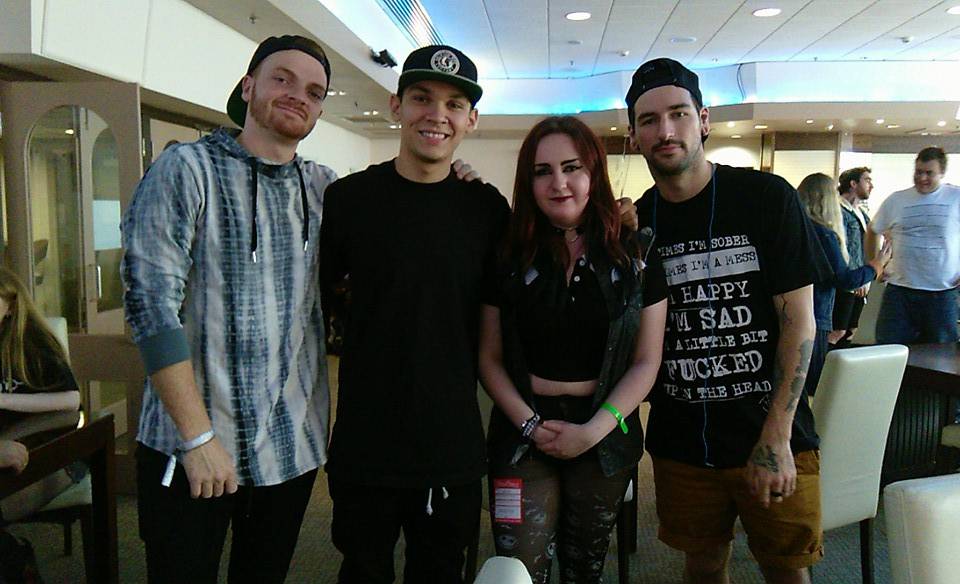