The Strypes chat about life on the road

Irish rockers, The Strypes, are currently embarking on a hefty tour which saw them go from round the UK, to the US, and will see them off to Japan in November. We caught up with the band before their gig at Brixton’s Electric to chat about their album and the tour. One notable thing about […] 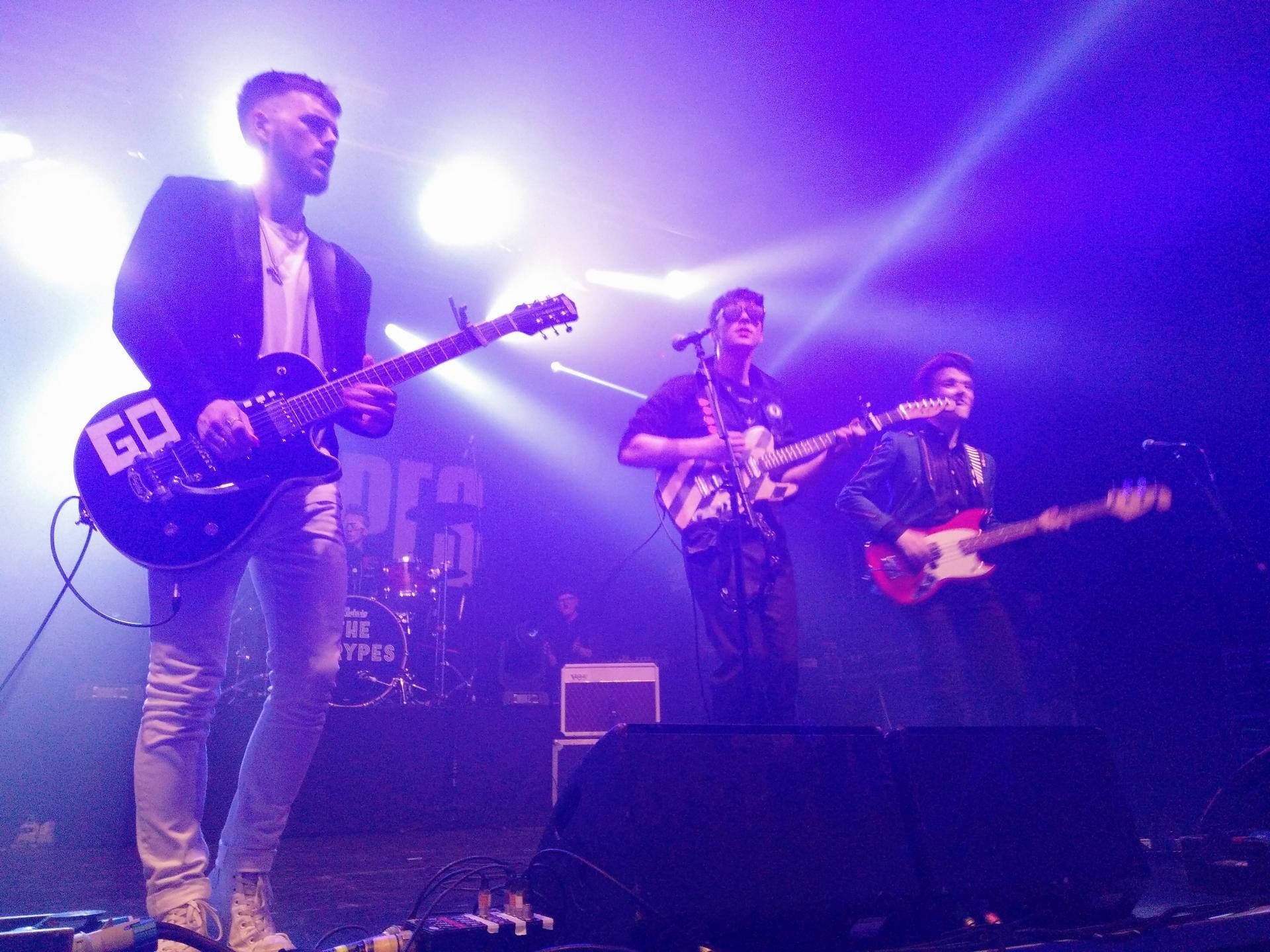 Irish rockers, The Strypes, are currently embarking on a hefty tour which saw them go from round the UK, to the US, and will see them off to Japan in November. We caught up with the band before their gig at Brixton’s Electric to chat about their album and the tour.

One notable thing about the band is their extremely energetic live shows. These guys have gained a reputation for insane gigs- at their show in Leeds, they had a kid crowdsurfing twice. Bassist, Pete O’Hanlon, said “[the tour has] been absolutely amazing. Some of the best gigs we’ve done in a long, long time. Leeds and Bristol particularly were absolutely amazing.  But they’ve all been really really good. We were delighted with the turnout, and we hope people have enjoyed themselves and have a great time.”

Guitarist, Josh McClorey added “This tour’s great because people know all the lyrics, and you sort of get that instant reaction when you play a new tune off the record. Plus, it’s just different, the fact that there’s less gigs on this tour, I guess it’s more of our own fans. When we did the longer tour in June, we were playing a lot of towns that we wouldn’t normally, you’re getting people in who might not have really heard of the band. You’re trying to kind of win the crowd over. I suppose because this is a more condensed tour, you’re just getting all the fans, so you’re walking into a good gig already.”

Usually you’d assume that touring extensively could take a toll, but The Strypes haven’t been put down by their extensive touring schedule at all. They went from recording to playing shows in June, playing festivals all summer, gigging around the UK on this tour, before jetting off to the US, then Japan, a few dates in Ireland, Europe, back to America for a while, and finally around the UK again with Paul Weller, which will see them well into next year.

Josh said, “It’s actually sort of quite normal now. We took a bit of time off last year and it was really fucking weird. It was quite detrimental. Because we’re used to touring, it’s a strange but comforting routine. But still you’re so fucking wrecked all the time because there’s so much travelling and all that sort of stuff, but I guess it’s become the norm.

“We’re just really excited about America, though. we haven’t been back since 2014, and it went so well last time, but we just couldn’t get it to work back over there for so long. It’ll be interesting trying to win crowds over again. But America’s such a cool place, it just feels like you’re in a film all the time. It’s madness.”

Although they don’t currently have any plans for after they’ve come off the Paul Weller tour, drummer, Evan Walsh, said “There’ll probably be something that’ll make itself evident whether it’s making demos or deciding the next move forward”. This may be in the form of even more touring, or writing.

The Strypes currently have an EP, ‘Almost True‘ set for release on Friday 27th October. Recorded just before they went on the UK leg of their tour, the EP will consist of three new songs, and a fourth track.