State Of Ember take on the A-Z challenge!

Worcester hard rockers State Of Ember recently announced their new EP Broken Horizons will be released on January 11, 2019. The trio take influence from Alter Bridge, InMe and Shinedown and recently performed with Saving Abel. We asked the band to tell us more about themselves by taking on our A-Z challenge! A song that made you want to make […] 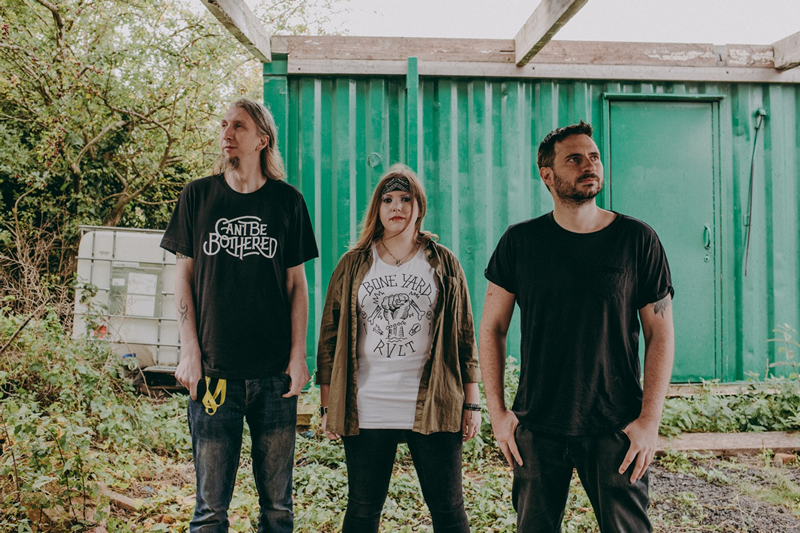 Worcester hard rockers State Of Ember recently announced their new EP Broken Horizons will be released on January 11, 2019. The trio take influence from Alter Bridge, InMe and Shinedown and recently performed with Saving Abel. We asked the band to tell us more about themselves by taking on our A-Z challenge!

To this day, we’ve not had a “rider” as such…but we’ve had water provided on multiple occasions. That’s as good as it gets so far!

Having the opportunity for our song ‘Denial‘ to be featured in a video game. For it to be actually happening is beyond our wildest expectations! The game is called ‘Wreckfest’ and it’s out on consoles November 20th.

“Break me down until the end of time; we’ll sail our ships until we find our island”. This is the opening line of the chorus to our track ‘Denial‘. We feel as though it could have multiple meanings for people listening to it.

Our track Million Miles – which we’re yet to record is probably the easiest song we’ve written. It’s one we love throwing in live however, because it tends to go down pretty well with the audience.

We all love playing Wrong Turn, which is track 5 from our new E.P. It’s got a really fun-to-play main riff and breakdown/solo section, both of which we’re really pleased with!

Dave McPherson, for sure. He’s someone we all highly respect and are all into his band, InMe.

Not knowing how many people you’ll play to in new places. There have been times in previous bands that we’ve driven a good 3 or 4 hours and then there have only been the other bands playing in the room! We’re more careful these days with when and where we play shows.

Our vocalist/guitarist Chris is also in a punk rock band called PROJECT REVISE. They also started around the same time as us.

Chris’s ultra-bad sense of direction when he’s tired. An hour into our journey home from Wales a while back, we stopped for a coffee…then he managed to go the wrong way down the motorway – back to where we had left! We’ve made sure he has a Sat Nav now to stop this from happening again.

Having a good balance between melody and virtuosity but most importantly having fun! Lots of distortion is important also – to us anyway!

Swansea is actually the furthest away show we’ve played so far. Our drummer, Chelsea was previously in a punk band called Thirteen Shots who travelled as far as Germany – we’d love to do similar!

Last Hounds are a band that have only been going a couple of years. A lovely bunch of guys, and to top off how well they’re progressing – they’ve just been chosen to support Skindred at their show in Coventry!

One of our targets is to play in other European countries such as Germany – but we’d also love to play over in the States too; it’d be great to play shows as far and wide as possible.

“That’s one of the great things about music. You can sing a song to 85,000 people and they’ll sing it back for 85,000 different reasons.” Dave Grohl

‘Broken Horizons‘ was chosen because we figured out the truth about flat earth. All jokes aside: it’s the idea of us pushing the boundaries further than we have done so previously!

02 Academy Birmingham on Saturday 1st December. There’ll also be a fair few gigs to support our EP release in early 2019, up and down the UK!

The majority of music we listen to is older for sure – but there are some cracking up-and-coming artists right now that could change this very easily!

We did have a request some time ago for a thong with our band logo on. It’s not been created yet but it’s on our agenda.

We would love to have a William Shatner version of Fear of Falling. We’re not sure really why but think it could add some great vibes! More realistically we’d like to record some acoustic versions of several songs, perhaps as early as next year.

Our fans mean the world to us. Seeing just one or ten people in a State of Ember t-shirt at one of our shows is always amazing to see. Equally, anyone who shares our stuff online is so amazing to us.

Nothing needed…so far. We’re not rock and roll enough for that just yet!

Always Chris, hands down. We have to tell him to turn up 10 minutes earlier than we think, just to be able to leave for places on time.

This has definitely go to be a seal! We’re all completely obsessed with them; they fill us with copious amounts of love.