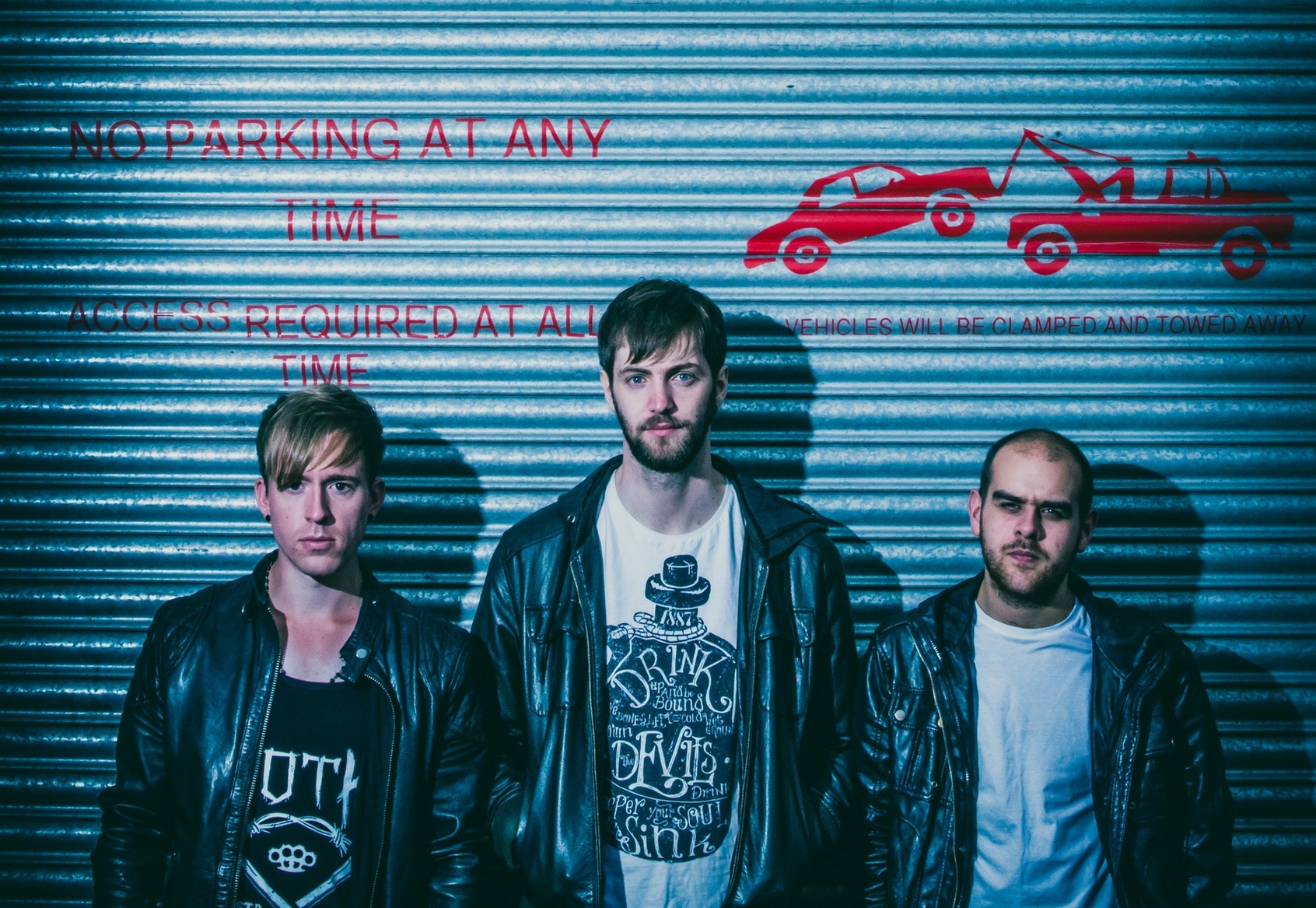 Luke: 5 beers tokens each + plus snacks
Gav: Wasn’t it 9 beers tokens? But yeah pretty much

Luke: Playing ONLY the bass parts of the whole EP in bed in just my boxers while people are trying to
sleep in the same room.

Gav: Tom and Luke bringing a bottle of Jim beam to my stag night at 2pm,
safe to say I was slightly worse for wear and half naked by 3pm!

Gav: On the Ep it’s This is ours for me I think. It’s about standing up to anyone who try’s to take what is
yours and not accepting being trodden on.

Luke: Save You
Gav: This is ours

Luke: Doing work for the band when we all have full time jobs
Gav: I’d say the same thing but the hardest part being you want the band to be your full time job but it’s not possible at the present time, it gives you a lot on conflicting issues but we all love doing it and that’s the most important thing at the end of the day really.

Luke: Gavin is bald
Gav: That is so not true! Erm, I’m always on the right and Luke is always on the left when we are on stage otherwise we don’t play the same!

Luke: Spending £65 on three curry’s in Wales and the waiter looked like an Asian version of Sting from the Police.
Gav: Tom always being late for everything and Luke forgetting absolutely everything.
Luke: Gav is perfect….not, he’s the ticking time bomb.

Luke: Think about how people are going to consume it and make it fun to play live.
Gav: Definitely agree with the live aspect, you can end up doing too much in the studio otherwise. I think sharing my ideas with Luke when are demoing is the most important as we come up with great ideas together and do everything for the good of the song and not for the good of one of the members ego!

Luke: Friends from school that grow up as musicians that influenced me to get better. You won’t know them
Gav: Yeah local musicians and a few others. Dave Brons (Amazing guitar player from Bradford). I have recently got into Dorje and Bea, the Guitar player in their band is unreal!

Luke: Terms and Conditions apply
Gav: You only get one chance to make a first impression

‘Nothing is Forgotten’ is a lyric in the song Easier Said Than Done and it basically means tackle life the way you want to because you’ll always remember the things in past but you can’t really do anything about them. Have no regrets really.

Luke: Yes mainly for the live shows. People used to have to make their own entertainment back then which took them to gigs.
Gav: I think there are plus sides to both, I think if you have a low turnout it’s easy to say well it’s because of x y and Z but you just have to keep going and find a way to use things to your advantage, like the internet and online presence is so easy nowadays but then that saturates the market with a lot of crap too!

Luke: some different endings, sometimes talking in between parts and very subtle changes that keeps us sane when playing the same songs over and over.

Gav: Turn a song into a dance track or put in a ridiculous proggy part in a
middle section!

Gav: Everything, anyone who has listened or enjoyed our music in any way I appreciate 100 per cent.
Luke: The real fans come to as many shows as they can and that’s what we like to see – our music giving someone passion

Gav: Could have done with some Imodium once when I got an unfortunate case of the ten bob bits half way through a show! Never had an x ray but probably should have when toms simple fell from the stand and smacked the
back of my head mid song, that certainly got the adrenaline pumping!

Luke: This the only “X” you can think of? We’d rather put a xylophone in one of our songs