Speaking To Tarek From Spring King!

The Kings of Spring (or Summer judging from what we have heard!) are gearing up to release their debut album in nine days (10th June). ‘Tell Me If You Like To’ is sure to be a summer sing-along hit and Tarek took some time to talk to Ruby about the latest from Spring King HQ! 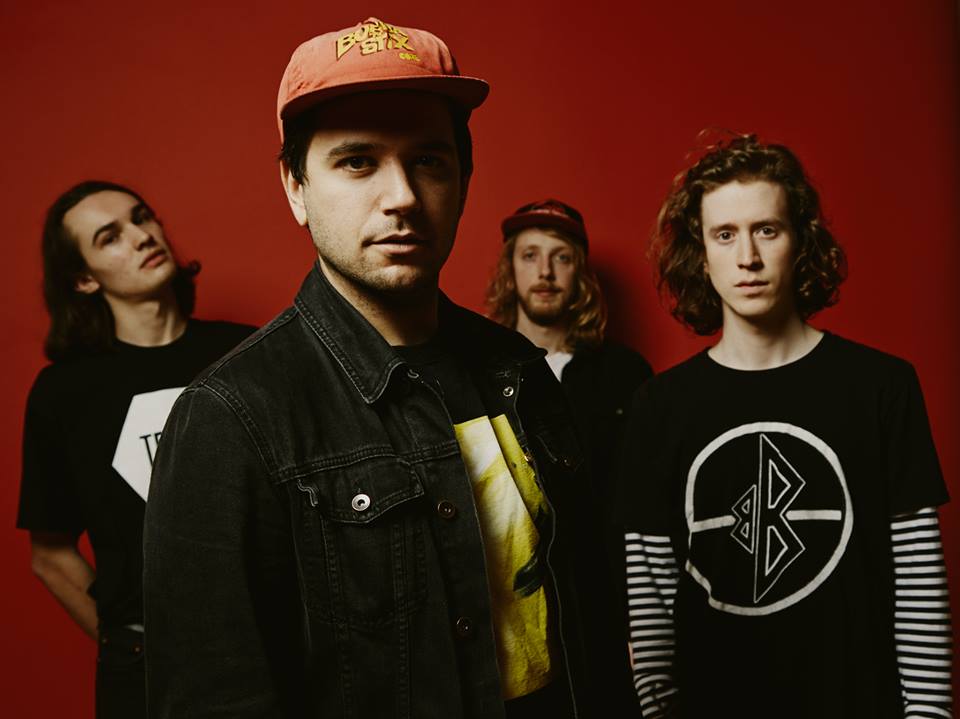 Spring King are an indie four-piece from Manchester. The band have generated a dedicated fan base through consistently impressive live performances and some infectious singles. The Kings of Spring (or Summer judging from what we have heard!) are gearing up to release their debut album in nine days (10th June). ‘Tell Me If You Like To’ is sure to be a summer sing-along hit and Tarek took some time to talk to Ruby about the latest from Spring King HQ!

So, Spring King! How are you guys? I see you’re just about to finish your UK headline tour! How’s that been going for you?

Tarek: Very good thanks! We’ve been playing to some incredible crowds and enjoying every moment. It’s all been a bit of a surprise to see so many people coming to see us, especially when we’ve never been to a few of these cities before.

That’s awesome, we are super happy it’s going so well! So, tell me where the name comes from, what made you choose it and who was lucky enough to call it to make it official?

Tarek: When I first really got into mixing music for other bands I’d always end up using a tonne of reverb on peoples tracks, especially ‘spring’ reverb. People would joke with me about it and eventually I was coined the ‘Spring King’. A few years down the line when I started the project I couldn’t think of a name so gave it that one.

Your new album “Tell Me If You Like It” is expected to be released on the 10th of June this year! So far, five singles have been released, and I love them all! I can’t wait to hear the rest of the album! What is your favourite track on it at the moment?

Tarek: Nice one! Well, one of my favourite tracks on the album is one that Pete wrote called ‘Heaven’. It’s an old song of his that I’ve heard many versions of growing up. ‘Tell Me If You Like To’ is another favourite!

Who are your main influences in music? We love to hear about bands that have inspired others to create music!

Tarek: We really try to pull in all our personal influences into this band, but some common influences include The Clash, The Beach Boys, The Black Lips, Arcade Fire, TY Segall and Bruce Springsteen.

You’re playing Reading and Leeds festival this year! How exciting is that?! You must be looking forward to seeing some other bands play too! If you could only pick one band that you could see, who would it be?

Tarek: This will be our second year at R&L, and if last year is anything to go by then we’re gonna have another great weekend. I really want to see Eagulls, I’ve been really getting into their tunes over the past few years.

Although you’ve just been on tour, our readers are always eager to see a new band live! If you know about any shows coming up, let us know! (We’ll keep it a secret if we need too!).

Tarek: We’ve got a whole summer of festivals coming up!

Here at Altcorner we are not all business! Answer these quick-fire question with the first thing that pops into your head, no cheating!

If you were stuck on a desert island with one person only, dead or alive, who would it be?

What was your dream job as a kid?

Tarek: I wanted to be a bush pilot as a kid!

Then to finish off, is there any you would like to say to our readers? Perhaps a joke, some friendly advice, or just a reason why our readers should pre-order your new album!