Speaking To SayWeCanFly About ‘Blessed Are Those’ Album | Interview

Canadian singer/songwriter SayWeCanFly’s new album Blessed Are Those has just been released. We caught up with Braden Barrie to speak about this album. SayWeCanFly creates gracefully arranged music that’s bravely honest about many of the struggles we face throughout our lives. 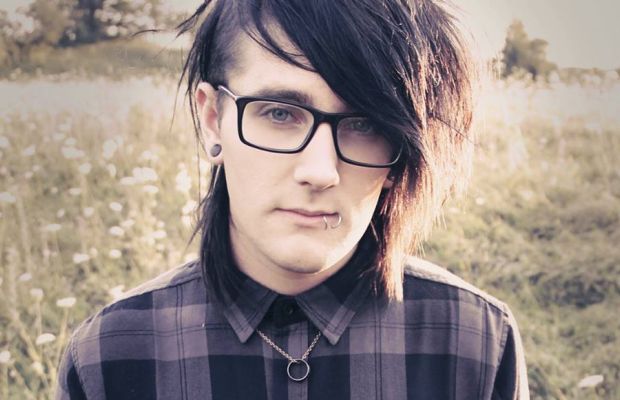 Canadian singer/songwriter SayWeCanFly’s new album Blessed Are Those has just been released. We caught up with Braden Barrie to speak about this album. SayWeCanFly creates gracefully arranged music that’s bravely honest about many of the struggles we face throughout our lives.

What can we expect from this album?

I think this album really brings SayWeCanFly back to its roots. It took me on quite a journey and I hope it does the same for everyone who listens. I kind of picture this one like the soundtrack of a movie… and I incorporated a lot of cinematic sounds like war drums, orchestral sections, and even some singing elves.

Having worked on the album for a whole 10 months, what has been your favourite/ most influential song to write?

I think the song “When We Die” which is the epilogue of the album was probably the one. It concludes the journey (or so we think) but it was the first song I wrote for this record. I ended up re-recording it 5 times because it wasn’t sounding quite right and I needed it to have a certain texture that I finally achieved. The song is about seven minutes in length and I definitely had a medieval battle sequence going on in my head during the last bit of it.

Why did you release “This Space Between Our Eyes” as the first insight into the new album? Is there any reason behind it?

We thought it would be cool to release a super raw acoustic track to kick things off. For me it was a way to tell everyone that yes, I have experimented with full band stuff (Darling EP) but I’ve moved back to where my heart is which is the acoustic side of things. I think if I give people that right off the bat, everything else they hear on the
album will make sense. It’s also the most bare song on the album and all I really needed was to gently nudge people into the world of Blessed Are Those so that when the album comes out they feel comfortable enough to explore it on their own.

Is there a story behind “I Didn’t Know”, is it about anyone in particular?

I actually wrote that song about a girl I’d known of for years, and somehow ended up meeting while I was on tour. A whole bunch of crazy little things happened and we ended up in the same place at the same time. She was from LA and I’m from the middle of nowhere in Ontario, Canada… so that song began when I was taking off heading back home not sure if I’d ever see her again, and wondering why I’d been ripped away from someone who has been special to me my entire life without knowing. I guess writing that song for her worked somehow because we’ve been together for more than a year now. I think the essence of that song though, is just that feeling of uncertainty and emptiness that we are all afraid of.

With the recent tour coming up, how are you feeling about getting the new tracks out to people?

I honestly cannot wait for people to hear these songs. I think as an artist you always believe whatever you’re currently working on is your masterpiece… but I honestly think this is my best work yet. I’m very proud of this one. Sometimes I don’t have a very deep connection to the stuff I write, but this one has all of me. It’ll be cool to play it
live stripped down too.

What inspired you for this album?

I think a lot of what shaped this record was all of the dark moments I went through this year. I just got very disconnected from my “spirit” if you will, and did not really take the time or focus to shield my heart
from all the real world stuff that can really sink you into a deep hole of depression. Creating this album is what kept me going through this last piece of my life. If I didn’t have this to work on, I’m not sure where I would be now. No matter what I’m going through, making music always keeps me tethered to the universe even at times when I don’t always feel that connection.

Would you say this album is something fans can relate to?