The Sourheads take on the A-Z challenge!

Want to know more about The Sourheads? We asked lead guitarist Mik Crone to take on our A-Z challenge and tell us more… A song that made you want to make music? As a kid I was kind of blown away by the big American bands of the time like Motley Crue, Guns n Roses, […] 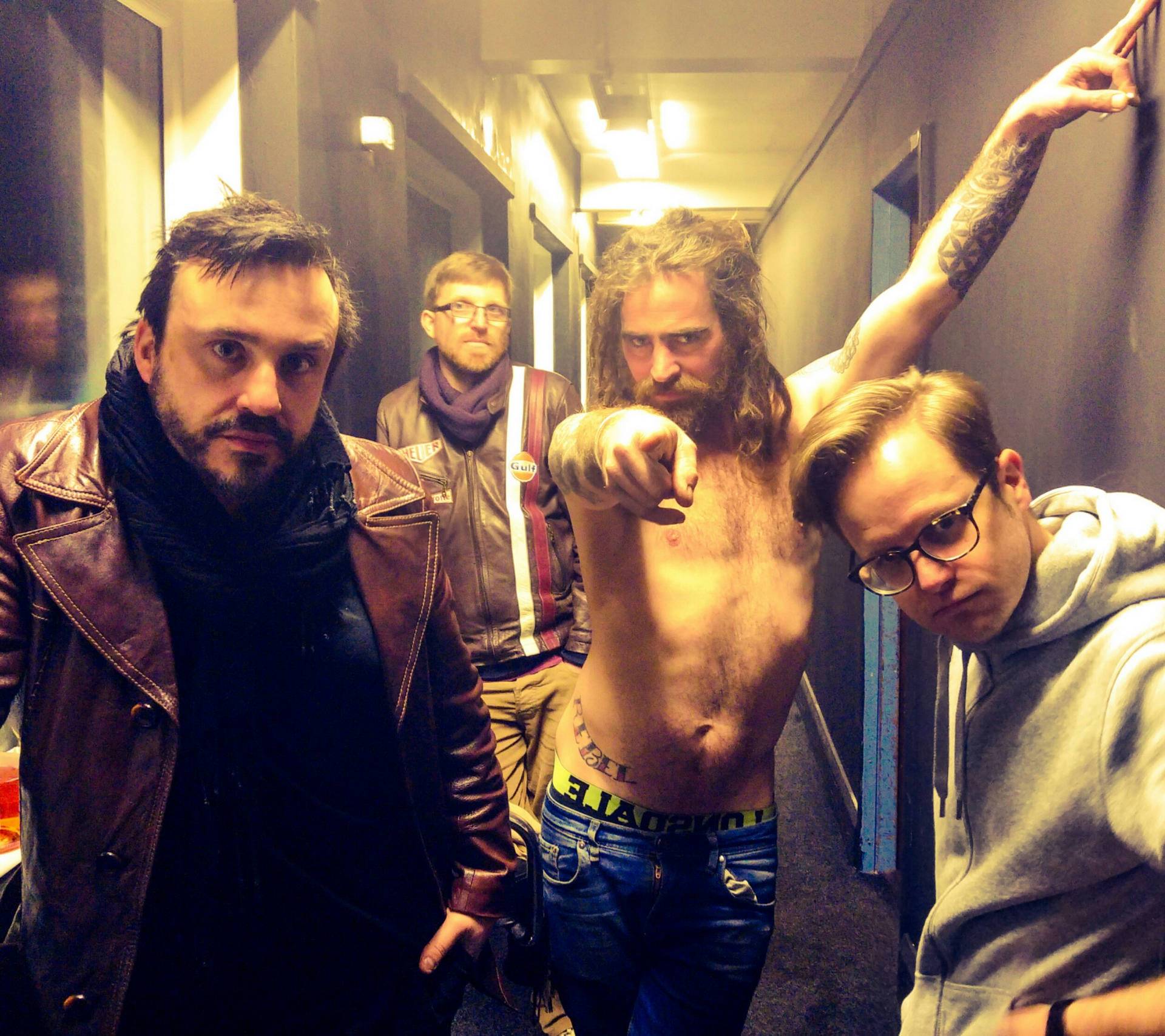 Want to know more about The Sourheads? We asked lead guitarist Mik Crone to take on our A-Z challenge and tell us more…

Playing clubs and stuff we often get free booze which is all very good if you get there at 6 or 7 but any earlier it can be a disaster. So I would probably say a Pizza or something. We are new so we are not at the M&M faze yet. I personally like a nice quiche.

At the beginning of Power of Addiction Jake sings ‘There’s no sunshine in a body bag’ which kind of sums up the story of the song. Its anti drugs in the sense that everything can be going well but you can’t see it because of addiction. You have to take the adrenaline of life and be at one with the gift of existence. We have to look for good within a bad world without numbing ourselves.

Our songs are about groove and feel. We aren’t Beethoven. I would probably say Power of Addiction was an easy one musically. Not so playing wise as I decided to play it on an organ and not guitar.

Don’t get caught (I am the Lotus) it’s kind of the first song we did and the opening line is ‘I am the Lotus!’ Seems to be a big fan favourite. We have friends of the band who now refer to themselves as other things now. We know the Locust he seems a nice guy.

It would be great to work with someone like Debbie Harry, maybe Madonna, someone from a different genre as we want to be the best at what we do and adding someone like Slash or Jim Morrison would be too similar to our ethic and style. Maybe some film element, Maybe John Carpenter or Goblin adding some nice 70’s synth.

In the past with previous bands its personality clashes but with The Sourheads we all actually get on really well. No arguments. We are open and honest and say what we think but respect each other to see the band as a big picture and not an ego trip. Scheduling tour dates around commitments that puts bread on the table is always a challenge but luckily we work pretty slickly. It’s important to at least break even in a band. We do that all the time. Passion doesn’t always equal pound notes or dollar bills.

We are all very amusing people in general so I think we all laugh at each other. A bunch of beer swilling pirate type people. Not ones to fall asleep next to each other. Actually I would probably be better off after a tour if didn’t insist on having my own room.

The groove. You have to lock in to a groove and then vary it. Look at Shoot the Runner by Kasabian or Sex, Drugs and Rock n Roll by Ian Drury and the Blockheads. It’s about the groove then add sparkle. The lyrics are always done last as Jake gets the vibe from the rehearsal. We are all influenced by different genres and styles of music. We have classic rock, indi music, stoner music, blues, pop. We usually come up with an idea like let’s write a Stones type song or that Doors song sounded good. We have the starting point of our own influences then warp it into something original.

Just the UK at the moment the album came out Nov 17th so we are looking at Europe maybe USA next year.

I’m a big fan of Gary Numan. I love the idea of creating everything in a studio and playing everything. You have to be the drummer and bass player and singer etc. Where do you start?. I tried a few times and after about 30 minutes of trying to remember how to sequence drums etc I’m ready for a lay down

Red Spektor. An Amazing 3 piece. Debut album came out a while ago. We have played with them a number of times and we have a mutual love for each other. They are like a heavy Psychedelic Blues Black Sabbath hybrid style band. They are starting to break now playing some major festivals.

Someone pure. Kasabian, ZZ Top, Alice Cooper, Clutch, not just one band. We would open for anyone. How about Demi Lovato, Love the music Multi Genre. As long as we are bringing it to the people.

West coast of America. I go every year for a month and stay on Laurel Canyon. I love the place. The weather, the vibe of West Hollywood. So America.

You can take my money, take my home but you will never get your hands on the rock and roll of life. – Sourheads Lyric

Care Plan for the soul. We are fed visions of pain and torment every day. The internet and the news spread the vilest things that are happening in the world. Step back. Light some candles and put on a good album. Sooth your soul.

Throughout the UK next year but before that we have a Nice intimate gig with our friends Red Spektor in Leeds at The Primrose on Dec 15th .

They were less throwaway. A label would develop a group’s career. Multiple albums. Now it’s 10 min’s and gone. We are lucky though that there is an upsurge in Vinyl and magazines are catering for more mature readers.

T shirts, Vinyl, CD, and Stickers see how it goes.

We already did that. Simon from InMe did a dance remix of Demon for us. It’s on Soundcloud. We like the idea of being multi genre.

Its nice to chat and hang out with people. We are all fans of music and the people who listen to our music are like minded people. Tom Watson the deputy leader of the Labour Party is a big fan. He came to and Tweeted our instore and said he loved us. Any one behind the arts and music is a friend of ours.

No. only antacid and Hangover cures.

Our singer Jake. He functions in a different way to everyone else in the world.

A Rhino because we are the last of a beautiful eloquent dying breed but if we charge at you would know it. Either that or a Penguin.