Sounds Of The South: An Interview With Muskets

Muskets are a Brighton based grunge/emo band drawing inspiration from bands such as The Pixies, Title Fight and Basement. Having recently signed to Venn Records, Megan Smith had a chat with drummer, Joe Philips about whats going on in the Muskets camp. 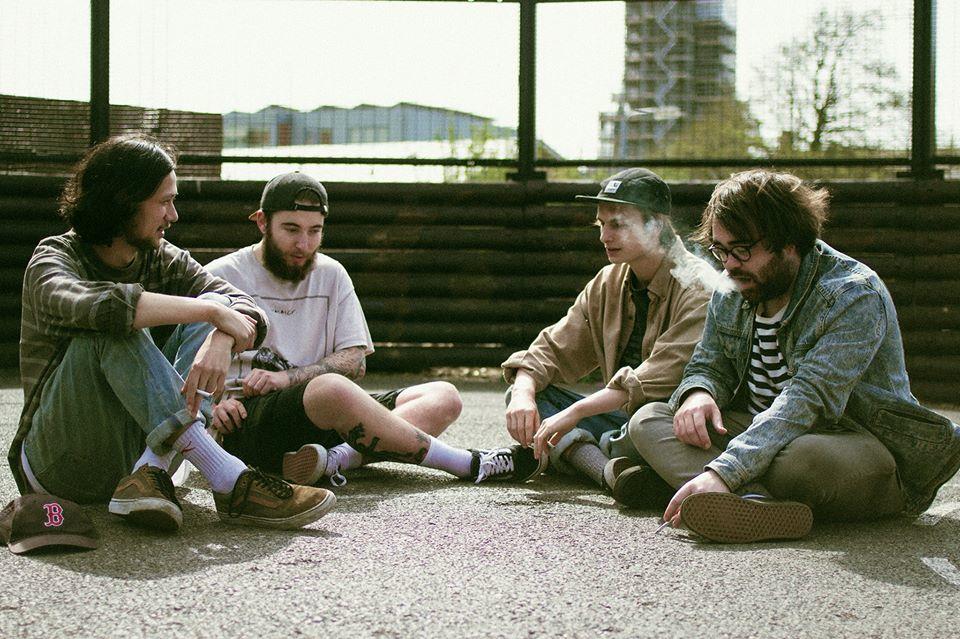 Muskets are a Brighton based grunge/emo band drawing inspiration from bands such as The Pixies, Title Fight and Basement. In March, Muskets announced that their next record would be released through Venn Records, who have also signed bands like Moose Blood, Marmozets and Gallows. Just one month later, in April, the boys played a session at the BBC Maida Vale studios and they’re a frequent feature on Dan P Carter’s Radio 1 Rock Show.

I spoke to drummer Joe Philips about his opinions of the music scene in the South.
“The music scene in the south, or particularly Brighton is absolutely buzzing! We’re mates with so many wicked bands from round here, The New Tusk, Broadbay, Water Canvas,
H_ngm_n, Birdskulls – Just to name a few… It’s way cooler to be mates, not just awkward “hey, how’s it going” moments at shows with bands, and to then play shows with them in different places in the UK as well is pretty cool. I’m lucky to be in a band with my best pals! There’s Alex and Kenny who play guitar and sing in the band, and Dan who’s a rockin’ little bassist.

I’ve played a lot of shows with the band since joining in June of last year, but I think collectively our favourite place to play in the South would be Southsea – There’s this girl called Shannon who puts on wicked shows in a tiny room above a Burrito bar, and we’ve got a great mate in Stelz who’s always willing to put 4 smelly grubbs up after!”

Last year, Muskets released a 3-track EP called ‘Pollyseed’ which is available for free download on their bandcamp here: http://muskets.bandcamp.com/releases
“It was put out by our good mate Isaac from College on tape, which we now have a few more of so thanks dude!”

Currently they’re about to release their first record with their current line up – SPIN. It’s coming out through Venn Records on August 7th, and is even being released on a 12″ vinyl which features a “cool splatter!”
“I’ve always wanted my band’s music to be pressed onto vinyl, so I’m personally so excited to nab myself a copy! We recorded it back in November of last year with Neil Kennedy (who has worked with bands such as Press to Meco, Trash Boat and Milk Teeth) at The Ranch, so we’ve been waiting a real long time to get this out there, just excited to hear what people think!”

No tour dates have quite been finalised yet to support the new release, but Joe has assured us that they will “hopefully have some cool things to announce soon”, so until then, we’ll be keeping our fingers tightly crossed.

In the meantime, check out the boys at Maida Vale performing a new track, Colourview, and Focus, from their last record, Polyseed.