As the release date for Sleeping With Sirens’ new album How It Feels To Be Lost (September 6) approaching, Chandni spoke to guitarist Nick Martin to find out all about the new record! 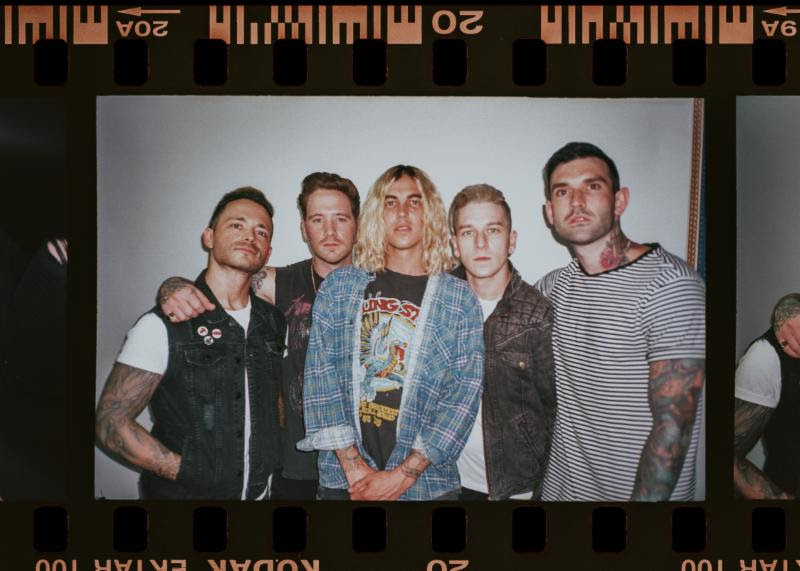 We’ve only heard three songs from ‘How It Feels To Be Lost’, but it’s already had a great reception, with people pointing out it seems heavier than your last few albums, what made you decide to return to your earlier sound?

I think that’s just what we naturally gravitate towards, anyways. But with everything we’ve gone through over the past few years, it just came out heavier, in every sense of the word. It had to be conveyed heavy. We just came full circle and the stars aligned for us.

What can we expect from the rest of the album?

Honesty. Both with the music and especially the lyrical content. A lot of newfound discoveries for us as individuals and as musicians. If you like the first 3 songs we’ve put out, brace yourself for the rest of the album.

What’s your favourite song from ‘How It Feels To Be Lost’ and why?

It changes everyday! I think today though, my favorite is “Another Nightmare”. It’s so damn heavy, but has such a progressive sound to it that breaks barriers as far as what we’re able to accomplish in Sirens. It was a fun song that Matt Good produced. There’s no way you can listen to this song and not bang your head.

Benji Madden features on ‘Never Enough’ on the new record, what was it like to work with Benji and how did that collaboration come about?

Benji is a brother to me. A brother to all of us. Working with him is a dream come true, whether it be in the studio or within our careers. His brain is wired so differently, so having him in a studio setting is always awesome to witness.

We asked him if he wanted to help create some melodies for the bridge in Never Enough, so he came in, and just crushed it. After we laid it down, we just asked if he’d be down to have a cameo on the album because his part was so good, and he said ok! That was it! So stoked that he’s on our album.

Is there another musician or producer you’d love to work with?

I personally love Mark Ronson. Even if it was something outside of this band, I would love to write a song with him. I think he’s brilliant.

You’re playing some UK shows in November, is there anywhere you’re particularly excited to play, and why?

No bullshit, I love everything to do with the UK. It’s like a second home to us. We love seeing all the familiar faces as well as people we consider family. Also, the UK has stepped up their Mexican food game and I respect the hell out of that.

You’ve also just announced a tour with Bring Me The Horizon and Poppy for later this year, how are you feeling about the tour?

Fucking wild, right? It hasn’t quite sunk in yet. But I’m immensely excited about it. We’re just ready for this new album to be out and to be able to play new material. High energy shit, ya know? I’ll be watching Bring Me and Poppy every single night, that’s for sure.

What would be your dream festival to play, and who are 5 other acts you’d have there?