Following the release of latest single This Divide, we asked Australian alt-rockers Skies Collide to tell us more about the band! A song that made you want to make music? Young Guns – Weight of the World. That whole album actually pretty much sparked the idea for our band. Best rider you’ve had? When we supported Mayday Parade @ Eaton’s Hill, our biggest show to date, […] 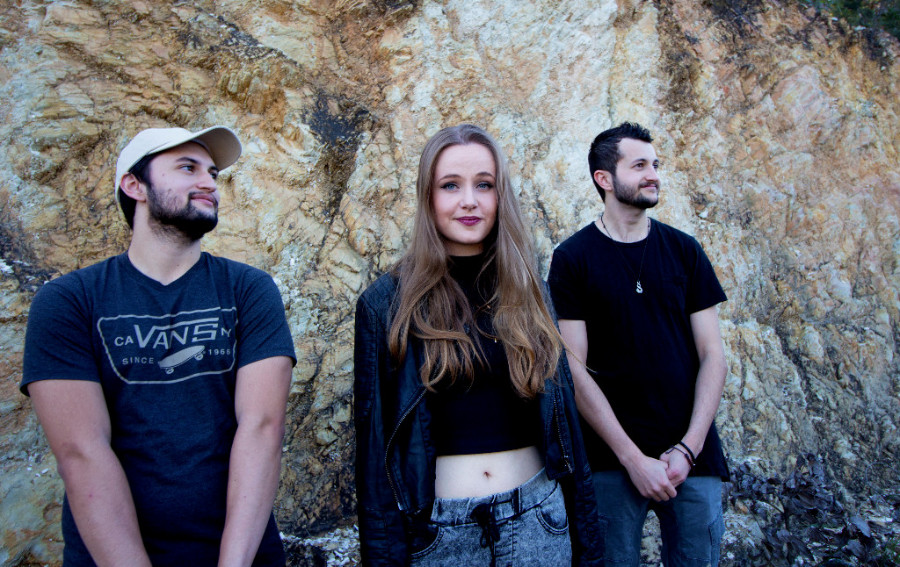 Following the release of latest single This Divide, we asked Australian alt-rockers Skies Collide to tell us more about the band!

Young Guns – Weight of the World. That whole album actually pretty much sparked the idea for our band.

When we supported Mayday Parade @ Eaton’s Hill, our biggest show to date, we had two ice buckets full of beer! Winning!

Getting to play Eaton’s Hill (one of the bigger venues in our hometown) twice with both Mayday Parade and We The Kings was really humbling.

“I’ve built this place for my own. Butt” – Be Enough
Seriously though.. one of the deeper messages we have on the album comes in the lyrics for “Where We Fell“. The song is about the destruction humans wreak on the earth and the impacts we have on the climate.
We have to look beyond ourselves
The marks and scars we leave will tell
we never cared enough
to cover impressions where we fellAnd the ocean will swallow the earth
It will take back all we’ve burnt
If we don’t realise
We still have time
The ocean will swallow the earth
Unless we realise
We can change the tide

This Divide – it was probably the first song we wrote for the full-length and it just fell right out of us really naturally. It was one of the few songs that barely changed at all throughout the recording process and it feels very “our sound”.

This one is a bit of a tie!
Where We Fell: it’s weird because it’s a softer song but then it builds up into something that feels really powerful to play/sing and it means a lot to us.
Underwater: this song is really fun to play, it’s one of the heavier ones, it is very jumpy and groovy and the crowd seem to enjoy the song too or maybe it’s just Liam’s goofy smile when we play it.

A few come to mind!
Sam Carter from Architects – Architects are a big inspiration for us and Sam has such a great voice. To have him sing and scream would be sick!
Chris Roetter from Like Moths To Flames – In our opinion he’s a really underrated vocalist! one of the best voices in the alternative biz.

Michael McGough from Being As An Ocean – Michael’s singing is out of this world! He has such a smooth tone but his voice is really powerful at the same time.

Being in a band can sometimes feel like living a double life. Currently we all work a lot in other jobs, study and do other regular life things, so you’re constantly busy and you have to make sure you make an effort to maintain your friendships and relationships.

A couple of weeks ago our bassist Tevin had emergency surgery to remove his appendix and he also struggles to complete a Rubix cube.

We like to tie dye and make a lot of variations of our merch so we end up with heaps of different shirts – when we set up our merch at shows we like to tease that we’re not a band we’re just a merch company.

D minor / E minor / C minor are our go-to’s! Nah, it’s just constantly writing out your ideas, it’s helpful to even write the bad ideas out too, just to keep the creativity flowing.
Vocals and vocal melody are the most important part of a song, you can’t get hung up on a riff you love that doesn’t work with the vocals and chord progressions have to make complete sense with the melody.
Another great piece of advice we’ve been given is that you should treat the bridge like it’s another chorus because it’s just as important.

Melbourne to Brisbane; 20 hours in a van is pain especially when someone eats a bag of dried apricots and it gives them *ahem*… stomach issues….

Way back when we first started we had the amazing opportunity of opening for Hands Like Houses on one of their Brisbane shows.
They were all so humble and super nice to us so it was inspiring to experience how they carry themselves and also how insanely tight they are as a live band.

Newer bands from our local area that we totally rate are: Joy In Motion & Shorelines

Story of the Year, Paramore, A Day To Remember

The UK / Europe are definitely at the top our list!

‘The Dream & the Lie‘ is a line from the chorus of our second single, ‘Come Alive‘. In the context of the song it’s talking about realising what is important in your life and what is just getting in your way, which is a recurring theme throughout the whole album.

It’s unannounced at the moment but we will be touring the east coast of Aus in February next year!

In terms of pop music, yes we would definitely agree. We are massive fans of the 90’s – early 2000’s era of pop. Those songs had depth, staying power and real musicianship – these days it can be hard to come by commercially successful songs like that.

We don’t have any unusual merch at this stage, but we love Don Broco‘s Don Cocoa drink!

We’d love to do stripped back acoustic versions of the whole album. Hopefully we’ll get around to it sooner rather than later!

Absolutely everything! Obviously we aren’t doing this for money, being in a band can sometimes be disheartening with the sheer amount of walls you can run into.
The interactions we have with fans and seeing their positivity and their interest/passion for what we do makes it all worth it.

Nothing so far touch wood! We’re all fairly clumsy though so it’s probably only a matter of time!

A Donkey – cute and dopey but also loud