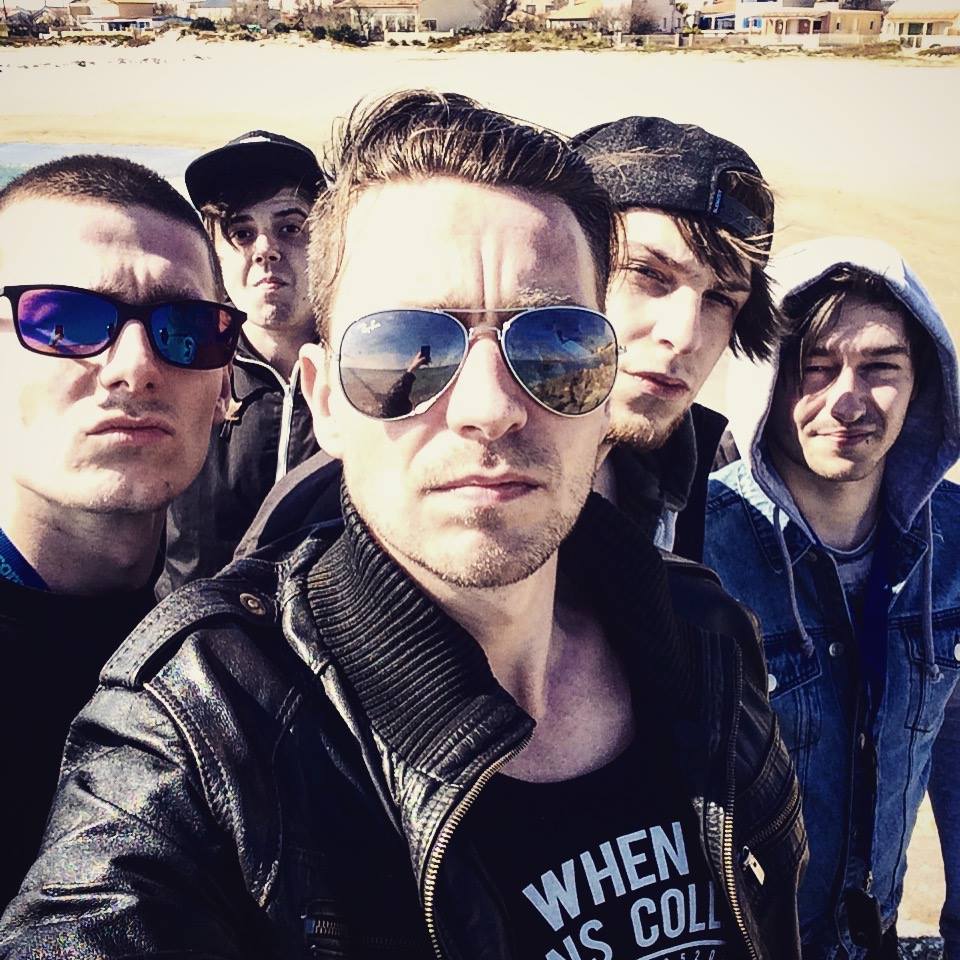 Signs Of Algorithm is a Belgian Metalcore band. Basically, an algorithm is a mathematical term to become a solution out of different parts. “Whilst making our music we go through a similar process. We combine different genres, different patterns, different influences to build new songs.” The band name is directly connected to the creation of their very own music. That’s the story behind Signs Of Algorithm. Ruby Wilkin caught up with the metalcore quintet recently and here is their chat…

Who and what inspired you to start creating music and become a band?

Frederick: We have been around now for 3 years as a band but before we started Signs Of Algorithm, all members were already playing in other projects. We all started playing music when we were teenagers so we all got inspired by different bands and different idols. Metalcore and Deathcore are one of the latest tendencies so it’s our passion for this genre of music that brought us together as a band.

You guys have a new album out. What reaction are you hoping to get from it?

Frederick: I hope that people are blown away when they hear Harbinger! In my opinion we use a lot of variation in the songs so I hope the album gets welcomed in a positive way by a lot of different people. Since we mixed different genres on the album we hope to reach a diverse audience.

You’ve played all over, including the UK, Germany, Italy, Croatia and a lot of other countries! Which show has been your favorite?

Frederick: I can’t say I have a favorite show. We’ve played so many cool shows that it’s hard to pick just 1 show. We just did our release party for Harbinger last weekend @ The Grand Canyon in Nazareth, Belgium.
I can say that this was my favorite show that we’ve played so far in 2016. Everybody was very enthusiast. People were crowdsurfing & shouting very loud so it was one hell of a party. Beside we sold a lot of merch & cd’s.

You have a few shows coming up next month? Reckon any of these shows will beat past shows? Can fans get excited to hear songs from the new album?

Frederick: Yes we have! In March we have a couple of shows coming up in the South Of France & Spain. Since this is new territory for us I can’t really say if these will beat past shows. We love to expand our territory so this tour is already a victory for us!

People can definitely get excited to hear new songs from the album. We changed our whole set so a lot of new stuff will be played on our upcoming shows. We are excited about it!

You have also played a few festivals. Is there a festival that you’ve always dreamt of playing, maybe even headlining one day?

Frederick: Yeah, we would love to play on a lot of festivals actually. Graspop, Wacken Open Air, Groezrock, Hellfest, Dour Festival, Impericon Festival and Download Festival would be freakin’ awesome. Signs Of Algorithm is not the type of band that really wants to headline the big festivals. Of course it would be a dream coming true but we are already happy if we can just join the line-up on any festival.

Best moment you have had as a band?

Frederick: The moment when we finally got our album “Harbinger” in our own hands. It’s our first official product we have ever released so this was definitely a special moment for us.

When writing your songs, do you like to keep the lyrics personal to yourself or try and relate them to fans?

Frederick: I don’t try to relate anything to anyone. The personal feeling that I get from the instrumental part of a song, create my lyrics as a figure of speech. I have never thought, “I’m going to write this to satisfy that person”. Fuck that, I’m a sucker for my own personal point of view.

Keep Up To Date With SOA Here: