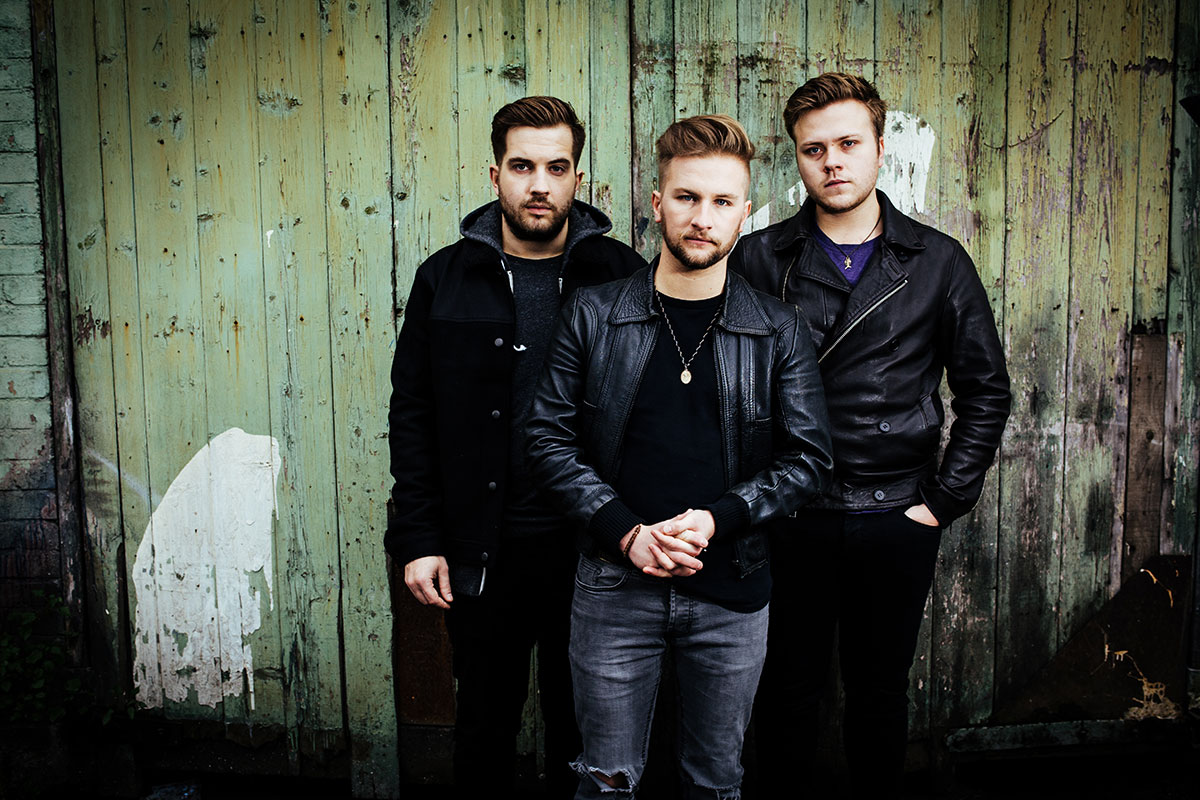 A tough one because we’ve all got different tastes but there’s nothing quite like blaring out All These Things I’ve Done by the Killers on a Short Stories road trip. I GOT SOUL BUT IM, NOT A SOLDIER.­

What else is there to say? Can never go wrong with a fridge full top to bottom with ice cold beer and those 2 beautiful words: ‘All yours’. That was at the Garage in Islington – we’re playing the EP’s launch show there – hopefully the new owners are just as generous!

Perhaps the time we decided to take the now deceased band van for it’s first spin. 2 unsuspecting members checking out the bed we installed in the back while Joe slung it round every corner as fast as possible, sending me (Bill) and Steve flying and bouncing off the walls.

Don’t get me started on deep lyrics. All our songs have some crazy beautiful deep meanings to them. My personal favourite lyrics of ours come from our acoustic track “She’s Leaving” which go: “So why did I try you write you some beautiful words that would paint you a picture with all of the colours to please your mind” – Long story short it’s about Joe hand picking his lyrics to please someone with that uncommon feature where certain words trigger colours in people’s brains. Amazing stuff.

Unfortunately we don’t do easy songs. We take an easy idea and think of a thousand ways to make it so much more complicated than it could be. If we had to choose we would probably say Heart Of Hearts – more because of the way everything fell in to place quite quickly but it’s still not exactly easy!!!!!

Favorite song in your set?

We’d probably all choose different ones – we love all the songs on the new EP. If I had to pick I’d go for She Don’t Know Me. Surprisingly though, Meet The Day (one of the ones we didn’t record!) is sounding amazing with our new guitarist.

Well we’re all West Ham United fans so maybe the big number 9 legend Andy Carroll after banging in that ridiculous overhead kick v Crystal Palace the other week! Probably got a terrible voice but it’d be a laugh, wouldn’t it?

Our new guitarist had a great transformation when he lost a shed ton of weight a couple of years back. We lost him to the gym for about a year but he’s gone from Fat Jesus to Tinder Legend so fair play to him!

Endless amounts of personal jokes that no one else would find funny I’m sure of it. We do constantly refer to the time when Steve got ID’d for a chocolate brownie though…. because of his slight speech impediment the waiter thought he ordered a Peroni. Classic Steve.

Probably soberness. We get carried away with beer only to look back the next morning and realise whatever work we did to the new song is complete garbage.

Only Cambridge believe it or not. So many venues in and around London so we’ve been kept entertained. Hopefully we’ll be pushing out further soon.

Using the term ‘musician’ loosely, mine (Bills) and Joe’s dads were both in a local covers band while we were growing up.  Its how Joe and I met and what inspired us to start a band in the first place. Gotta love a bit of nostalgia.

Are we allowed to recommend Short Stories? Just saying!

Fishman And The BottleCat (one of those personal jokes mentioned earlier). Nah, we’d love to open for Catfish (and the Bottlemen). Cracking young band plus we feel we could pinch a few members of their fan base.

Maybe Germany. We’re big Beatles fans and love all the stories from their early tours there.

“Eyes is good at zoom, isn’t they” – Our esteemed drummer Steven Sayer on smartphone cameras.

Either that or “I like it. It’s bouncy” – Steve on footballs… Oh Steve…

It’s the name of the studio that we recorded it at – Valhalla Studios. We had such a great time there we just had to copy the name!

The launch show for the EP – It’s an event called Rogues Gallery put on by Hotvox at The Garage, Highbury & Islington on Saturday 4th February! DOWNSTAIRS ROOM.

(Joe) The first album my dad gave me was ‘Give Em Enough Rope” by The Clash. To this day it’s my favourite record and I have the vinyl on my wall but it’s right next to the vinyl of ‘Balcony’ by CatBottle and the ManFish (You know what I mean). I think old music inspires us when imagining those golden days, but I genuinely believe that at any minute a new act could break through and be the next big thing.

(Joe) Somewhere I have a signed condom. (Unused…)

Jazz funk versions of everything. No one can resist that creamy slappa de baaaaasss.

X-rays or any other treatment needed for band related injuries?

Couldn’t think of much for X could you?! Haha  10/10 for winging it. Well I (Joe) seem to have a problem with electric shocks – mainly due to dodgy cables. When the mic touched my lips once, the resulting shock forced me to kick the stand off stage, much to the audience’s delight. Bill always gets injured around Xmas time by inanimate objects too. We’ve spent nights in A&E with him after he’s got in to fights with parked cars and teapots. Don’t ask.

Joe’s. It’s always Joe’s fault if we’re late. We have to lie and tell him we’re leaving an hour earlier than we actually are – it’s the only way we can make it anywhere on time!