On their recent tour we caught up with Ryan Locke from Seaway in Glasgow for a chat. So how is the tour going? Ryan: It’s going really good. First night we were all very tired from the flight, It’s the risk you run. You can either take a day off and get adjusted or go straight […] 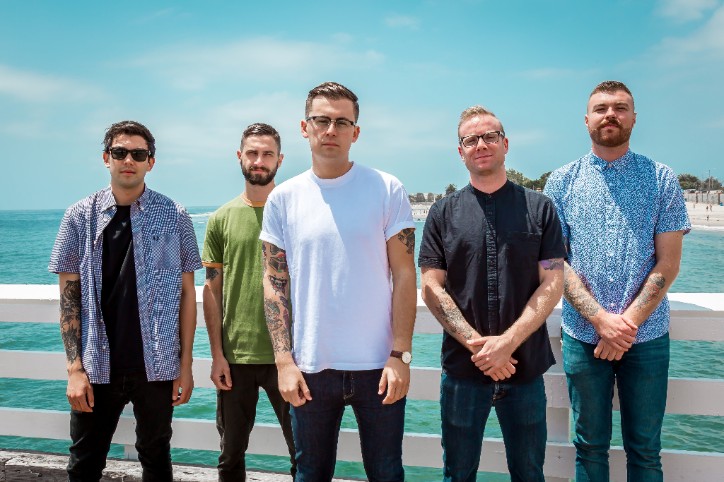 On their recent tour we caught up with Ryan Locke from Seaway in Glasgow for a chat.

So how is the tour going?

Ryan: It’s going really good. First night we were all very tired from the flight, It’s the risk you run. You can either take a day off and get adjusted or go straight into it. We tend to go straight into it. But, it was a great first show in Bristol. Last night we were in Leeds, which was definitely one of the craziest shows. It’s always pretty wild in Leeds and last night was no exception, it was awesome.

So how do you find the crowd over here compared to the states?

Ryan: The main thing I notice is, when you go from city to city in the UK the crowds are always really good, whereas, and I don’t mean to slight any city, but in states there are cities you know where you are going to have a good show and city where you know you are not. In the UK, you are never surprised or let down, it is always good. It’s sometimes a little better but, it’s never “oh no we have to go to Leeds or we have to go to Glasgow.” They are always great shows. That’s more or less the difference. A good crowd over here is the same as a good crowd back home. I guess it’s like consistency of the shows over here, the crowds are that much better.

As 2017 is now over, was there a particular highlight from that year?

Ryan: We actually had a couple in 2017. We put out a new record, “Vacation“. Which was a great step for us. We went to Australia for the first time, which we have been working towards for a long time. Also we went to Japan for the first time. Both of those were big milestones for us, something we have been working towards for a while. And we did a holiday show back home. This year was the second year we did it in Toronto. It was sold out this year and that was another big milestone for us.

You just mention Vacation. Which has reached three million listens on Spotify. That’s a huge number.

Ryan: Yeah, we were really excited to hear that. You don’t hear much for awhile and all of a sudden it’s like three million. It’s really cool.
AC: So everyone is liking the new music.
Ryan: Yeah, I hope so.
AC: So in 2018 are you looking to release another album, or are you looking to relase an EP?
Ryan: You know, after putting out “Vacation” I think in 2018 we are going to continue to tour off that. As the year goes on we are always throwing around ideas for new stuff so, I am sure as the year progress we will get back into the swing of writing. But, right now it’s tour as much as we can off “Vacation“.

So, In 2018 are there any plans you can tell us. Or is it all currently still under wraps?

Ryan: Well, kind of, everything is still under wraps and still being worked out. Right after this tour we are going back to the states to tour with Neck Deep. Which will be cool. In terms of coming back to the UK, we hope to be back before the year is over. We like to come over twice a year as you know. So I can tell you that we are not on Slamdunk this year. Which we are a little bit bummed about. It’s like our favourite festival to play. But, we played last year and these things happen.

You recently released the video for London. Which is a really cool video. What was the inspiration behind the video?

Ryan: We were throwing around ideas and like, the lyrical content for the video lends it to be a very literal video and we could have gone down that route. Like the line; To broke no fun. We were thinking you could be a beat down dude that’s bummed that he can’t go with his girlfriend but, then we thought wouldn’t it be funny to take a spin on it. That he is kind of putting on that front. When he is actually having a great time back home. I think we are that fun and upbeat band. So, if we try and do something a bit more sombre, a bit more serious video it wouldn’t seem like us. Even on our more serious songs we try and made a fun twist in the video just to keep it Seaway.

So is there anyone you would love to have guest vocal on a track with you guys?

Ryan: Yeah, so when we were talking about guest for “Vacation“. We really wanted to get a female vocalist on. It was just that we had a lot of ideas that were way too big for us. We really like the idea. Do you know Tegan and Sara? (I nod). It would still be great to get them on a song. But, I don’t think that is ever going to be possible. Unless, we blow up. I really like the band Best Coast, I am a huge fan. Getting Beth on a track would be really cool. But, its like very different worlds of Music and I don’t know if it’s anything any of those vocalist would be interested in.

I like to end the interview with a few fun either or questions so, which of these do you prefer: Crowd surfing, mosh pit, circle pit or wall of death?

Ryan: At the age of 25 I don’t really partake of any of those. But, if we are talking about me be being on stage point of view. I would have to say crowd surfing. When you are into the set and showing energy, I would have to say that’s the best to show it is to crowd surf up to the stage and stage dive back off it. We are not a band that you can be doing that to the entire set. We have a lot of chilled out songs too. But, when we do have the high energy songs and everyone is coming up it makes it that much cooler.

Ryan: I am a Drummer myself but, a guitar solo. It would fit way better into anything we would ever do.

And last but not least. Winter or Summer?

Ryan: Summer, easily. In Canada we have four seasons, but I always prefer summer.