Our A-Z challenge is a fun way to get to know artists. This time it is the turn of Salt River Shakedown to take on our mammoth interview. 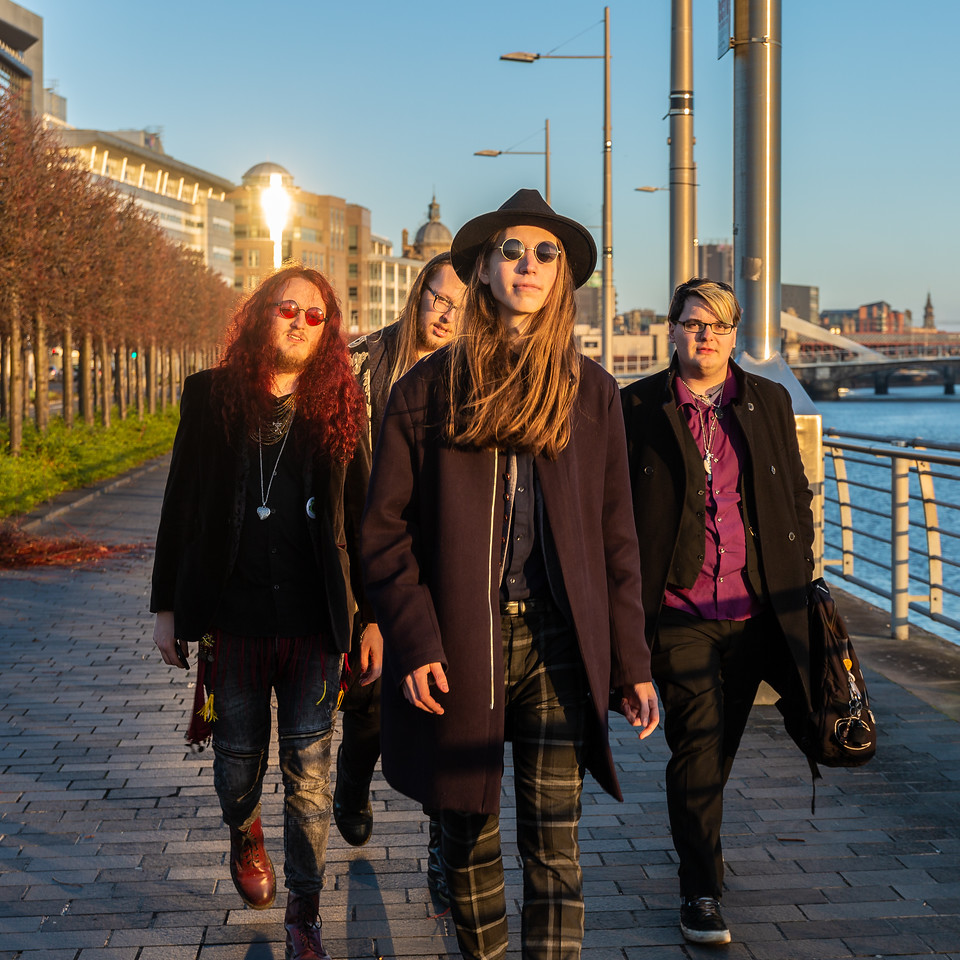 “Good Times Bad Times” by Led Zeppelin had a big impact on us. It’s so in your face and bombastic and we wanted to make music with that attitude.

We’ve actually never had a rider yet, we tend to just explore the area around a venue and hunt for food. We did get free burgers and booze at Hard Rock Cafe one time though.

Literally last night we bumped into Guy Garvey and Mark Potter from Elbow having a drink in the Eagle Inn where we were playing. We had a chat with them, they said they were jealous of our band name and they actually bought us drinks. That was pretty nuts.

“Trudging through the marshes, it’s getting tricky”. Marshes can be pretty deep.

“Just You Watch” from our new EP came to really fast. Just came from a really solid idea as a foundation and then we jammed it out and it all just flowed really easily.

Shaun – Feast for the Wolves, it’s a really high energy song and has a lot of opportunity to have fun on stage.

David – Just You Watch because it has a lot of opportunity for crowd interaction. Hearing an audience singing something you wrote back at you is incredible.

Jake – Road To The Sacred Island, which is the title track from our new EP, because it’s this menacing blues rock jam and gives me some time to improvise and experiment on stage.

In an absolute ideal dream situation it’d have to be Dave Grohl. He’s been a massive influence on us and also he could just play everything, we could just leave.

Probably the struggle to support ourselves and keep ourselves going out of our own pocket. Please buy our merch.

Interesting fact about our band?

Jokes you have as a band?

We have a lot of inside running jokes that probably shouldn’t be repeated in public. Let’s just leave it at that.

The biggest thing is everybody in the band knowing each other so well. We can come into a rehearsal and just start jamming and we have the confidence in each other to go off on tangents together. It really lets creativity flow freely.

On our first tour we drove from Glasgow down to Yeovil for the first show. Ended up being 12 hours in a van with the traffic.

The whole of Rival Sons. We saw them play a show at Barrowlands in Glasgow a few months back and it really changed our perspective as a band. Even inspired us to change our name.

We are currently on tour with Nocturne Wulf and Ironvolt who are both incredible, definitely check them out. Also check out Kim Jennett, she’s doing solo stuff at the moment and is genuinely one of the best vocalists and performers we’ve ever seen.

Opening for this band would be ideal.

Rival Sons. They’ve had such a huge impact on us and playing a show with them would be incredible.

We would love to go to America. We think our music would appeal over there.

Support your local bands. Your favourite band was once a local support.

We have an EP coming on the 19th of July called “Road To The Sacred Island”, the title of which comes from the idea of happiness as a destination, when really there is no end point. Happiness is found in the journey.

We are currently on tour around the UK so check out our socials for all info on those shows and any upcoming. We are trying to play live and tour as much as possible so keep an eye out for any shows near you.

The old days of music are better than the current?

Definitely not. There’s definitely some over-saturation but it’s easier than ever to find great bands. They’re out there, you just have to look a little.

We don’t have anything unusual to be honest, but a fan did once make a denim jacket with our name on the back so that’s pretty sick.

Variations you’d like to do if any of your songs?

We do like to strip things down and do bluesy acoustic versions of our tracks. We don’t get the opportunity to do it as much we’d like but it’s always fun.

The fans are awesome. We love to make music and the idea that the music we make can impact people is just incredible. Plus are fans are just amazing and chill people that we can have a laugh with at shows and that’s really what it’s all about.

X rays or other treatments needed for band related injuries?

Our drummer Jake once very badly sprained his ankle in a trampolining accident 4 days before we started a tour. He had to go about the entire time on crutches and learn to play his kick pedal with his left foot.

Honestly we’re all not great for that. We’re not the most organised people in the world. That or traffic.

Platypus. Because we are the only mammals in existence known to lay eggs.