A song that made you want to make music? Thom: one song that really propelled my desire to write music was a band called Crass and the song was called Punk Is Dead. Luis: Alive– Pearl Jam. Great tune from my childhood that I loved. Leo: Well the first song that made me want to […] 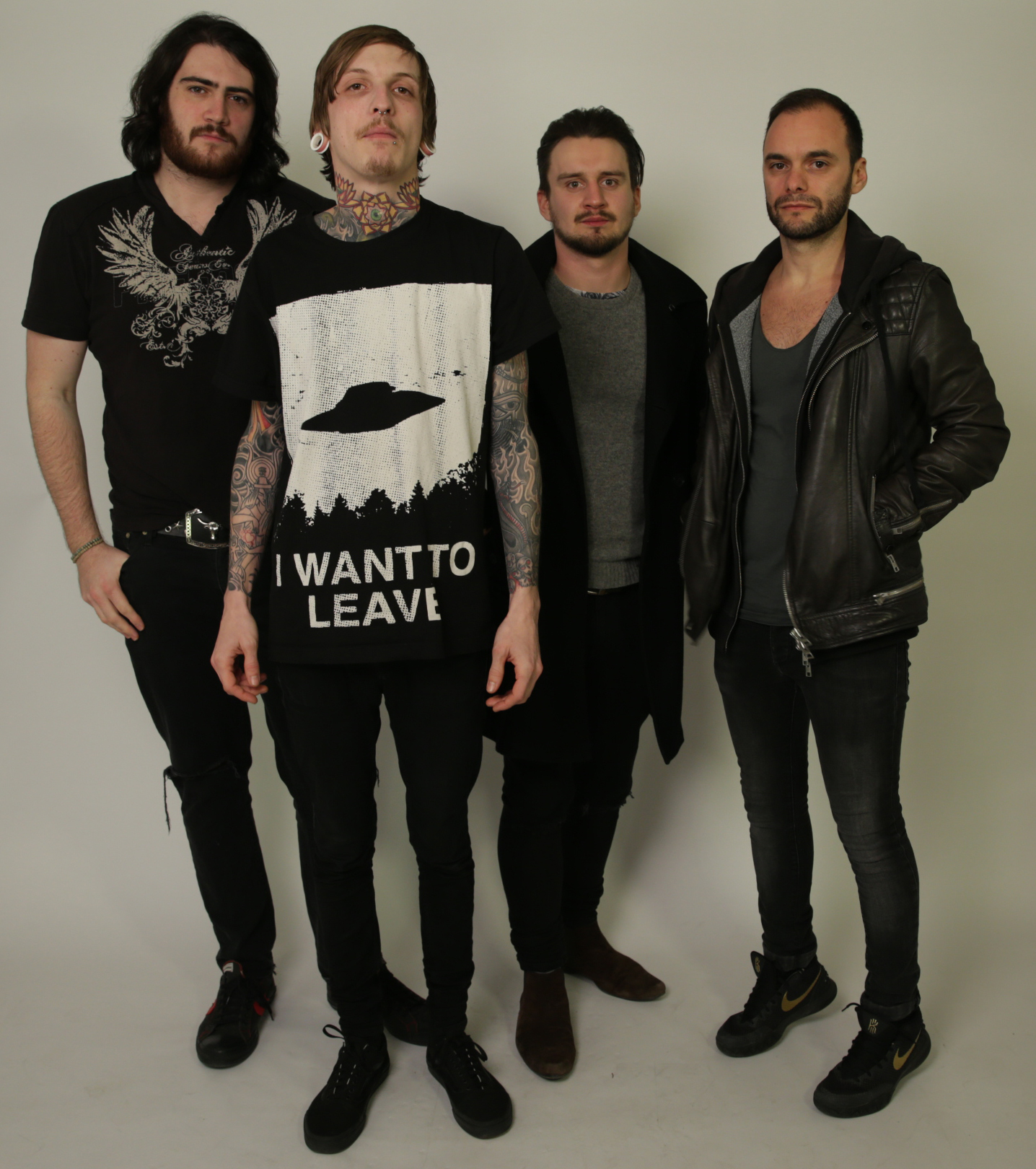 Thom: one song that really propelled my desire to write music was a band called Crass and the song was called Punk Is Dead.

Luis: Alive– Pearl Jam. Great tune from my childhood that I loved.

Leo: Well the first song that made me want to pick up guitar was Blink 182– What’s My Age Again. My friend was playing it in a music class on guitar in school and it really made me want to play an instrument.

Adam: I never really had one song in particular but it was Led Zeppelin as a band for me.

Thom: Actually it just so happens it was probably last night! We are in Belgium on tour at the moment and we were paid well and they looked after us with as unlimited beers which was obviously VERY pleasing!

Thom: We have a lot of crazy times on tour which a lot we can’t mention in an interview!

Leo: Luis once bought 2 snickers bars and ate them in one sitting. The man is a nutter.

Thom: ‘Our fathers will hear us calling. Even though we’re oceans apart’- That Ship Has Sailed. That particular line is about a distance between something that you care about and feel impossible to reach which is how I was feeling personally at that time of writing.

Leo: It was probably was our first song Push On Reckless Night. I went round Thom’s with the song and we just wrote lyrics in about 15 minutes and it ended up being our first single on our Debut EP!

Thom: You’re Not A Slave

Leo: Right On The Money

Thom: For me it’s Keith Buckley from Every Time I Die. Would love to do a song with him

Leo: I’d Like to hear one of our songs with Josh Todd from Buckcherry on vocals with Thom. The aggression and to-the-point vocals of Josh Todd would make a great guest appearance I feel.

Luis: Ben Thatcher from Royal Blood. The guy has so much energy on stage and effortless in the things he does.

Adam: Jim Morrison if he was still alive. I love his unpredictability of going mad on stage one minute and completely calm the next.

Luis: As an independent band it’s trying to balance work and band life.

Thom: Leo and I used to be in a band in school when I played drums (Badly) at the time.

Leo: The band was called No Idea and to be fair we had no idea what we were doing!

Thom: That is so true but we knew all we wanted to do was play music and have the thrill of playing live.

Adam: Making funny Instagram stories and snapchats while on tour. We are constantly are having fun.

Thom: You have to check out our Pirate video on Instagram!

Leo: Well when a plastic sword is 4 Euros in duty free one could not resist!!

Leo: Good to be open minded and jam anything you have out in practice. Also always try different things which keeps the band fresh!

Thom: Manchester I would say. Even though we are in Belgium at the moment Manchester is slightly longer for us to travel to being from Eastbourne.

Adam: I’m sure with us now starting to play Europe I can’t imagine that longest for long.

Adam: Mine has to be Dave Grohl on drums. He was a surprise act at Reading Festival with Them Crooked Vultures.

Thom: Jordan Buckley from Every Time I Die just for his stage performance for his dramatic stage presence.

Luis: James Brown when he supported RHCP at Hyde Park

Leo: For me it was Richie Kotzen. I was literally in awe of the man. What a talent. Effortless in everything and has such an amazing soulful voice along with being one of the best guitarist in the world.

Thom: There are a few that we have gigged and toured with like Scout Killers who we also have a great relationship with off stage and BEUK who we like to call the crazy Belgians!!

Luis: There is a new band called The Amazons who I feel are a real good up and coming band I heard on Radio 1. Recommend checking them out!

Leo: I can see us opening for a band like Rage Against the Machine. We share their political views and their raw live energy!

Luis: After seeing Royal Blood the other day I think we would be a great fit supporting them as well.

Thom: North America is a dream for sure. Even South America would be amazing to play. To play Rock In Rio would be unreal.

Luis: To play a show back home in Madeira would be brilliant. Were in the middle of trying to sort that out actually!

Leo: Would absolutely love to play Germany personally. Some great Cities I would love to visit like Berlin and Hamburg.

Thom: ‘’You’re not a slave’’. It’s the first track on the new Wolf Machine EP. The name of the track is my quote to the readers. It kind of speaks for itself. Be free and be what you want and don’t let anything hold you back.

Thom: The meaning behind Wolf Machine is the corruption of corporations and worldwide governments and the strive for change.

Adam: We wanted to make a statement with this EP. We wanted to take a different route to other bands at the moment.

Thom: The writing was organic and came naturally as we share the same Ideology.

Leo: Next up we are playing the Latest Music Bar in Brighton on May 13th for a rock and hip hop night! Looking forward to that night as it’s something a bit different. Other than that we have Camden, London at the Dublin Castle on the Tuesday after that (16th) and The Water Rats in Kings Cross on the 3rd of June

Thom: Music is always evolving and changing so I wouldn’t say either era is better or worse. Just different. Although I take a lot of influence and inspiration from old 70’s Anarcho Punk bands like Crass and Flux Of Pink Indians im also just has influenced by bands like The Chariot and Every Time I Die. So for me any era past, present or future is going to have bands that bring something new and exciting to the table.

Leo: Yes Luis but they are 2nd hand though.

Thom: I couldn’t help but test them out.

Thom: We are collaborating with a couple of rappers. One being and up and coming Grime/Rap MC. Would love to make a Grime/Rock song!! Not sure I’ve heard that done before!

Thom: Everything really. Its just amazing to have the support and encouragement from them.

Leo: We always have time for fans and anyone into our music. We love meeting new people and enjoy that side of the band!

Adam: I cut my finger nearly off at work 5 days before a tour. Had to have stiches which kept opening up in every show. The snare drum was red by the time the tour had finished!!

Thom: if an Emu and a Rhino made a love child. That would be us!

Leo: Which reminds me Thom. I got that DVD you lent me in my bag!

Luis: Can I borrow it please?

Thom: You not done with the first one I lent you? Never did get that back!