RXPTRS take on the A-Z challenge!

Bristol alt-rockers RXPTRS are gearing up to release their debut single next month! We asked the band to take on our A-Z challenge so we could find out more! A song that made you want to make music? Pardon Me by Incubus Best rider you’ve ever had? We haven’t actually played any real gigs yet, we […] 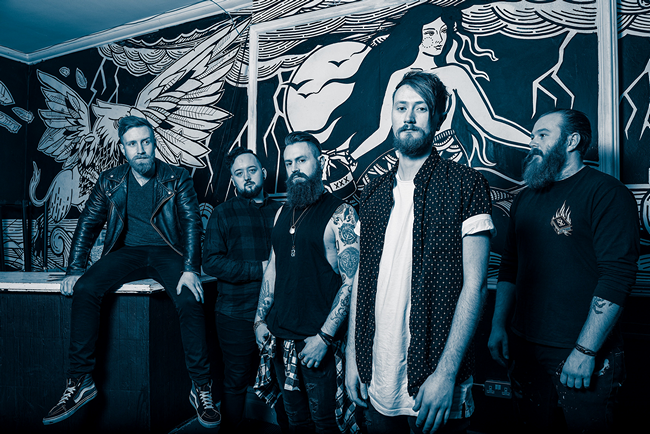 Bristol alt-rockers RXPTRS are gearing up to release their debut single next month! We asked the band to take on our A-Z challenge so we could find out more!

Pardon Me by Incubus

We haven’t actually played any real gigs yet, we have done house shows, we kinda brought the rider there. Great amount of rum.

The turn out to the house party, we put out some feelers as a new band and the reaction was insane.
You can see the footage in the new video for our single ‘Bound‘

The entire song ‘Parasites‘. I wrote about the music industry itself, and the decline of popular rock and
how naive I used to be in thinking you could save it with one clenched fist.

‘Bound‘ our new single came together really quickly, so so much fun to write.

This is a heated one within the band, it ranges from Trent Reznor to Seal, I think the majority vote
would say Mike Shinoda, he’s multi-talented and seems like a legend.

Weighing up work and touring. It’d be great to do it full time, but finances!

Ian created a club night in Bristol which has escalated over the last couple years and he’s put on his
own festival, Fat Lip Fest.

To us it’s about going in with pure intention, a good theme and with a clear head. We love all sorts of bands but don’t listen to anything while writing. We try to keep it unique and not be too heavily influenced by anyone in particular.

Our first show will be in Glasgow in Feb, so we’ll be travelling from Bristol straight there.

The Linkin Park guys were inspiring for all members in some form, I saw them when I was young and the show was unreal.

I would highly recommend Phoxjaw from our hometown, Bristol.

System of a Down

Too tough, we want to hit the world over. I imagine a Japanese tour would be super fun though.

‘I passionately hate the idea of being with it, I think an artist has always to be out of step with his
time.’ – Orson Welles

Our debut tour kicks off 18th Feb in Glasgow!!

I do love reading about the ‘good ol’ days’ but there are so many good aspects about
contemporary music that get dismissed in the argument.

We haven’t got much unusual stuff to sell at the moment but we’ve actually had someone make a coat rack for us, which was awesome of them.

I’d love to do dance mixes of all our songs. Get them in the club.

The entire world, we’ve had an unreal reception since we launched. People really are passionate about music and it’s touching to be a part of their passion.

We’ll let you know after tour.

Rocket League has been the cause of lateness for a few members actually. I’m gonna say Harley.

A mixture of zoo and aquarium animals really, like an OctoBear.