Rosen take on the A-Z challenge!

We wanted to find out a little bit more about one of our new favourite bands – Rosen, the Brit crossover crew who are set to release their new EP Set Loose on July 27, so we asked them to take on our A-Z challenge! A song that made you want to make music? Dr. Dre – […] 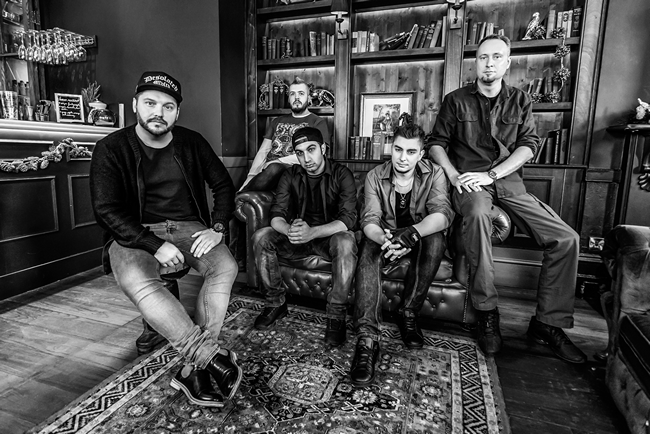 We wanted to find out a little bit more about one of our new favourite bands – Rosen, the Brit crossover crew who are set to release their new EP Set Loose on July 27, so we asked them to take on our A-Z challenge!

Listening to the finished version of our debut EP.

Penning polemics opposing the petulant prophets that pray for apocalypse, pissing on politics, picking no party cuz people are petty and ponderous, presenting some populist pitching a promise, the premise is pretty preposterous, a pity the poisonous powers that are plotting to plunder us peasants are paid by the populace.

The easiest song to write was Riot, as it was based on a current news story.

Hallelujah, because the intro is epic and I get to dress up as a priest.

Being offered drugs by strangers and having to say yes.

Matt Ress never smiles. We don’t know why. One photographer claimed to have caught him smiling once, but she disappeared shortly afterward.

All jokes are strictly politically incorrect. Imagine the thing that offends you the most, and we’ve joked about it.

It has to have a catchy melody and chorus. Then everything else falls into place.

The Alt Corner is the go-to place for the very best new alternative music. Like, Rosen.

Reverie is our next single, and it named so because it is about retreating into one’s own mind.

The Half Moon in Putney on May 22nd and The Fighting Cocks in Kingston-upon-Thames on May 25th.

No. There has never been more amazing music available than today.

Our USBs card EPs isn’t a novel idea, but not a lot of people have seen it before.

We are focusing on making new music all the time, so no time for remixes and variations.

Everything. Without them, we would be sectioned for the things we do.

They keep telling us to break a leg at our shows, but we only recently discovered they meant our own legs.