We recently gave Rivers Monroe‘s latest single Safe House track of the day (if you missed it, check it out here). Because it truly is such a masterpiece, we were intrigued to find out more about the Philadelphian pop-punk/rock quartet so challenged them to take on our A-Z questionnaire, check out the amusing responses below; […] 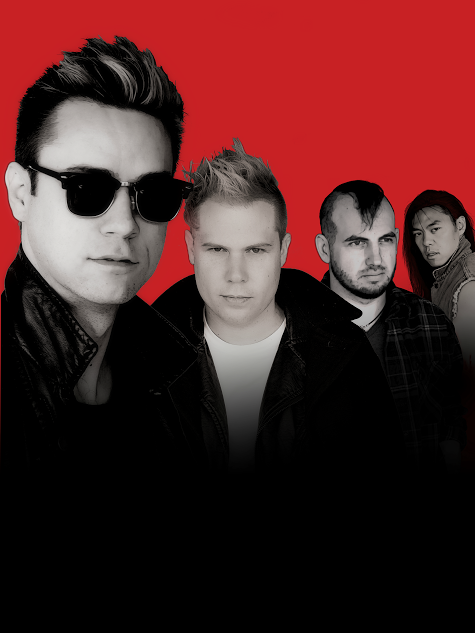 We recently gave Rivers Monroe‘s latest single Safe House track of the day (if you missed it, check it out here). Because it truly is such a masterpiece, we were intrigued to find out more about the Philadelphian pop-punk/rock quartet so challenged them to take on our A-Z questionnaire, check out the amusing responses below;

Anything that was in Sesame Street and a third of the Teletubbies collection.

It wasn’t really a song for any of us, more of seeing musicians perform.  Seeing bands like Journey, Bon Jovi and Bruce Springsteen when we were kids ignited that spark in us.

They only came through with the Zebras, but we still played because we didn’t want to be divas.  (Wait, they didn’t comply with the Emma Watson posters? Blasphemy! – Ed)

We aren’t very picky, but there are certain venues that have great tech and crews that make our sound pop.  If can give us a great mix and maybe some whiskey, we are solid.

Well, there are so many.  Going on Warped Tour, opening for a bunch of great acts like Paramore, Incubus, 21 Pilots, All Time Low etc… Had some wild nights in New Orleans, LA, Vegas.  We have a lot of good stories, most of which we will never tell!

She’s the only girl I’m with but I’d let her have her choice between David Tennant or Matt Smith?  Dr. Who and a bad case… a bad case of loving you

Hands down.  It makes us question our entire existence.  Kidding, Kidding.

Deep is a confusing word for us, because we aren’t trying to take our audience on an Inception-like trip through overly elaborate and flowery language.  We are trying to do two things:  Make people feel and make people think.

Our new single “Safe House” is an example.   “Safe house” is a very simple but new way to describe the person you can let go in front of (though it could certainly be a place, object or idea people feel safe with, too). Kind of like “base” when you are playing tag.

Some of our fans have also been starting the #youwillalwaysbeenoough from the song as well.  So it looks like that had an impact!

This is a trick question.  No song, no matter how simple, is easy.  Some come together faster we guess but we will pick apart everything we have written until the end of time.  Should we have added a different conjunction here?  Should this riff go like this or like this (both sound exactly the same)?  Should the beat be dum dum dum de cha or dum dum da de cha?  If we screw that up the whole song is ruined!!  Then a year later when we are playing it live we realize it really should have been dum dum dum de cha but it’s already been in circulation for six months so everytime we play it we cringe at how stupid and idiotic we were!!!!!!

Phew… breath… breath… count to ten… it will be okay…

That’s tough and it definitely changes based on how we play it.  For example, we used to play a track “Moments” off our first album but added a really fun jam in the middle.  Now though, it would probably be “Smart Girls.”  We take our antics to the next level and it is currently our most popular song with fans so they have fun with it, too.

Yanni, because no one… and we mean no one… would see that s$%# coming!

We would love someone who creates a different brand of music than we do.  Someone who raps, sings R&B, a female vocalist.  Anyone who can add a new flare to what we are doing.  Halsey, The Weeknd, Daft Punk, Lyndsey Gunnulfsen to name a few.

Mike – Used to be the quarterback for his varsity football team.  Has not accomplished a single relevant thing since.  Didn’t Bruce write a song about that….

Mat – Has a 90 MPH fastball, taught ballroom dancing, is an accomplished visual artist and only has a 50% success rate spelling any word with more than five letters.

Kirby – Eats all day, every day. Completely unbearable if he has not consumed at least 3 glasses of whisky.

The four of us ARE the jokes in the band.

It’s just a kind of “do it” thing.  Don’t overthink it. If you want to write a song, write a song.  The biggest hump to get over is believing you can write one.

I guess L.A. is our opposite. We haven’t had the opportunity to play overseas yet, but we hope that happens soon. As in this year. As in invite us over this summer, please! (Invite in the post – Ed)

Brandon Boyd living proof you can be huge… you can be a legend and still be down to earth and cool as hell.

Rivers Monroe!  I hear they are pretty cool!

Beyonce because we can weasel our way into our true calling as background stage dancers.

All of Europe… and yes we still count the U.K. as Europe even though it’s going to be an extra currency exchange.  But wait… not Scotland.  It’s all very confusing.  You’ll have to explain it to us when we are over there. (We’ll give you a lesson don’t worry! – Ed)

Coffee is for closers

Our next tour!  Details will be coming soon.

Depends whether you count David Hasselhoff as old or new.

Mat actually does really awesome custom drawings for fans.  They are very awesome!

A techno remix of the R&B remix of the Ed Sheeran acoustic cover of Track 14.  If you don’t know what Track 14 is, your life is probably better that way.

We don’t even have a joke for this.  They are everything to us. They are the reason we get to live our dream. They are our inspiration to work harder and do our best. Seriously, we could not be more fortunate. Many have been by our side since day one but even the newer ones are fiercely supportive. Everything we have and will have is thanks to them!

Well, if there is a mental acuity test that determines eligibility for societal integration we some how worked our way around it.  If they only knew….

Our music is a stage 5 clinger!