Merseyside rockers Rival Bones are set to release their self-titled EP on May 5th. The duo are for fans of Audioslave, Black Stone Cherry, Royal Blood and Foo Fighters and have created a pretty awesome rock sound. We asked them to take on our A-Z challenge. A song that made you want to make music? […] 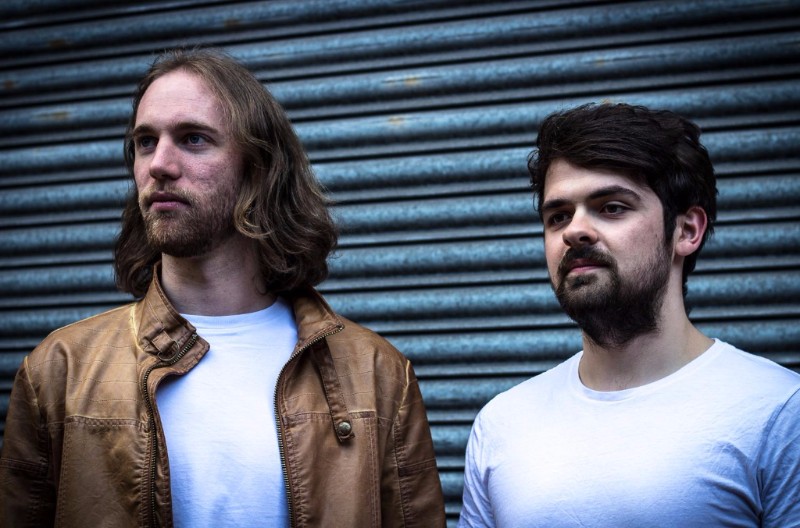 Merseyside rockers Rival Bones are set to release their self-titled EP on May 5th. The duo are for fans of Audioslave, Black Stone Cherry, Royal Blood and Foo Fighters and have created a pretty awesome rock sound. We asked them to take on our A-Z challenge.

In Bloom by Nirvana!

It was literally the other day when we supported Mallory Knox and Fort Hope in Keele. We had 7 different types of crisps, more than your 5 a day of fruit and enough beer to intoxicate a 5 piece band never mind a 2 piece!

We’re pretty normal guys so nothing really mental happens to us (as of yet!). I’d say so far when we played a home town show in Liverpool and one of our songs we started and the whole crowd sang it. That was crazy!

There’s a few. James likes to write deep stuff but one of my favourites is from a song called ‘The Great Divide’ and it’s a repeated line of ‘You’ll fall in love with me as I’m breaking into you’.

Our very first single from 2015 ‘You Know Who You Are’. That song was written in the first practice between us and was finished within a few hours.

This changes all the time but currently my favourite is a song off the upcoming EP called ‘Running’. For ages it wasn’t one of my favourites but I think as we’ve perfected it over time we’ve really nailed it and I love it now.

Jesse F. Keeler. That guy is the busiest bass player known to man and makes it look easy.

There’s nothing particularly hard in my opinion. We do it because we love playing shows, writing music, travelling and meeting new people. I think it has high points and low points definitely but I’m just always grateful that I have a passion that I’m pursuing.

James is from South Africa!

We have loads of jokes we’re probably more of a comedy duo than a band. ‘How many sound tech’s does it take to change a light bulb? One, Two, One, Two’

Find someone great to write with. We constantly bounce ideas off each other for everything. If James is having a creative block I might just throw out a riff and it’ll inspire him or vice versa with a drum beat.

There’s a few! God Damn, The Hyena Kill & Glasshouse to name a few.

A nice quote from Mr. Alex Baker at Kerrang “Their music sounds like it was forged in the fires of a sex party between QOTSA, Mastodon and Audioslave”.

I agree that it was easier for bands to get big and signed back in the old days. There was less technology, less competition, more appetite for live shows. BUT the current days of music have their advantages too! It’s so easy to get your music out there to people and it’s easier to engage with fans which is crucial.

Nothing as of yet. We’d love a RIVAL BONES novelty Antler Hat though? Maybe a Christmas special?

Nothing springs to mind. Maybe a Jazz x Dubstep version of Hives. That would be fun to hear but probably awful.

Our fans are genuinely everything to us they’re amazing. It still shocks me now. We had a guy drive 2 hours to one of our shows and he bought a t shirt, CD the lot. I felt really bad and wanted to give him the T Shirt for making the journey but he wouldn’t have it. The generosity and support you get from fans makes it all possible so yeah they’re THE most important thing.