If you cast your minds back to last week, we brought you A Little More Us, the new single from US melodic rockers Restless Streets. We loved the track so much that we had to get them to tell us a little bit more about their band so we gave them the A-Z challenge! A […] 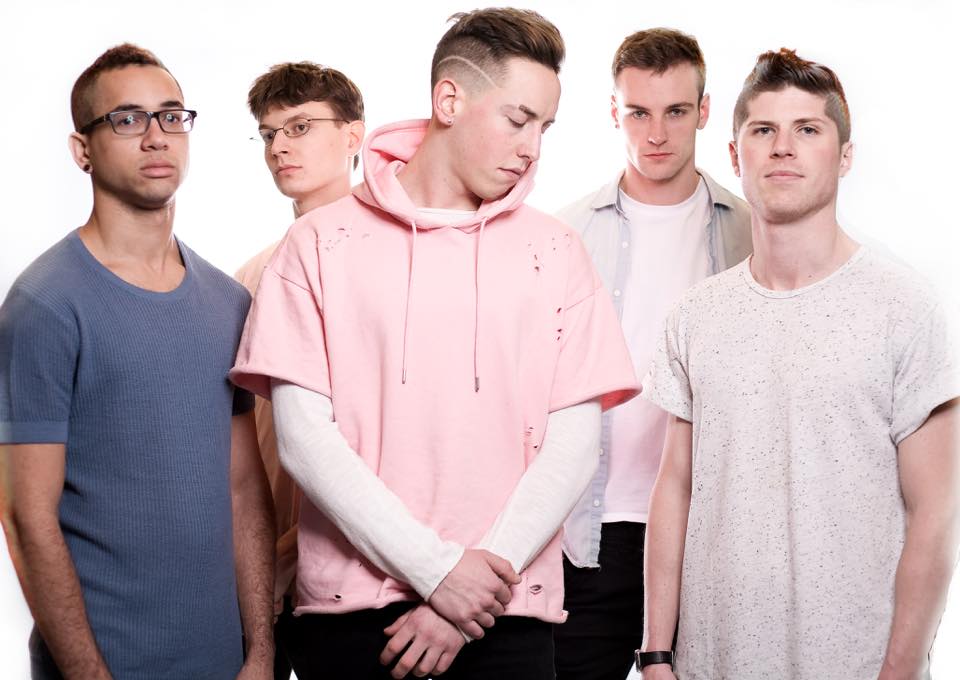 If you cast your minds back to last week, we brought you A Little More Us, the new single from US melodic rockers Restless Streets. We loved the track so much that we had to get them to tell us a little bit more about their band so we gave them the A-Z challenge!

At Masquerade in Atlanta, Georgia, there were two other shows going on that night in the venue’s other rooms.  Static-X was headlining the main room and there was a massive buffet before the show that all the bands got to feast on.

On our way to a show in Baltimore, Maryland, our van’s steering column broke off from the frame and we lost control of the van in the middle of a busy street.  The driving wheel was spinning, but the van wasn’t turning at all. Luckily, we were able to make it to the side of the road and get the van repaired the next day.

“Dreamers” (off upcoming EP) came together the quickest out of all the songs. I had been jamming the rhythm guitar parts on my acoustic for a while, whenever I felt stressed out and needed a release. When I finally sat down to record the demo, ideas for the other instruments came naturally. The very end of the song is a part that I wrote a few years ago and had been saving for something special.

“Twin Flame” (off upcoming EP) is my favorite song to play in our set right now.  It’s the groove track on the EP and I love grooving with the guys.

We’d love to have Lynn from PVRIS do a feature. We played with her old band on tour a few years ago and it’s amazing to see how far she has come. I think her voice would sound great on a Restless track!

I think the hardest part about being in a band is finding new ways to make yourself stand out. There are so many talented artists out there and new technology makes it affordable for more people to be able to record themselves and get their music out to the world. I think the best we can do is write honest music and support each other! (You heard them, support each other people!)

When we first started the band in high school, Logan used to sing AND play drums! We played shows like that for a couple years before he started fronting the band.

Suh dude? We are always joking around and making each other laugh.  Whoever blows out the biggest cloud of smoke at band practice is awarded the title “Mayor Plumeberg”.

With the new music, I tried to give the different instruments more space from each other. For example, having the bass play in a space where the drums aren’t. Or having the keys play the chord progression while the guitar part takes the lead. I found that the more “space” you can put between the instruments, the bigger the song will sound.

One day we drove 14 hours from Tampa, Florida to Baltimore, Maryland. We arrived at the venue just in time for load-in and immediately got to work.

We are all very inspired by Our Last Night’s success. We loved them and opened for them when they were still a screamo/post-hardcore band.  Since then, they have toured the world multiple times and have seen success in so many different forms. It is very inspiring to see what they have been able to accomplish for themselves.

It’s a tie between Europe and Asia. I think both would be amazing experiences.

Thank you for checking us out! We will be sharing a lot of new music with you in the next few months. Please give it a listen, but more importantly, come see us at a show! We’d love to meet you.

“Together” has a very deep meaning to us.  With so much tension, disagreement, and hate in the world, I think people need a reminder that we are all in this TOGETHER.  We need to keep this in mind as we constantly look for new ways to help and support each other. This release explores some of the different ways we are brought together.

We will be announcing our CD release show and Summer tour dates soon!

I don’t think its fair to say that one is better than the other. We draw inspiration from music from a lot of different time periods. Yes, the music industry is saturated right now, but I think there is a ton of great music out there if you know where to look.  We are fueled and inspired by the passion that people feel for music. When I go to shows now, I feel the same energy that I felt in the old days.

We just put some new beanies in our MerchNow store, definitely check those out! We also have liquid activated shot glasses with our logo on them at our shows. (linky)

I think a couple of the new songs might translate well to acoustic. I’m also exploring the possibility of an electronic remix or two.

Our fans are everything! They are the best part about being in a band. Sharing your passions with someone is an experience like no other. We feel so incredibly fortunate anytime someone comes to see us perform or buys a CD from us. As we’ve traveled around the country, our fans have taught us so much by sharing their life perspectives and experiences with us. We feel so fortunate to have friends all over the country.

Our drummer Aaron had a piece of his cymbal break off and fly into his eye! He had to go to the hospital to get it removed.

This is a tough one.  I think we are like bears because we may look cute but we are fierce in action. We have also been in hibernation for the last year working on our new material. Now winter is over and we will be releasing new music all spring!