Rave the Reqviem take on the A-Z challenge! | Interview

Swedish industrial metallers Rave the Reqviem released their latest record ‘The Gospel Of Nil’ on October 7th. The band, originally a one-man project, expanded into a quintet featuring dual mother-son vocals Carola and Filip Lönnqvist. The Gospel of Nil is the first full record of the full band. The driving force behind the band, Filip, takes on our A-Z interview. 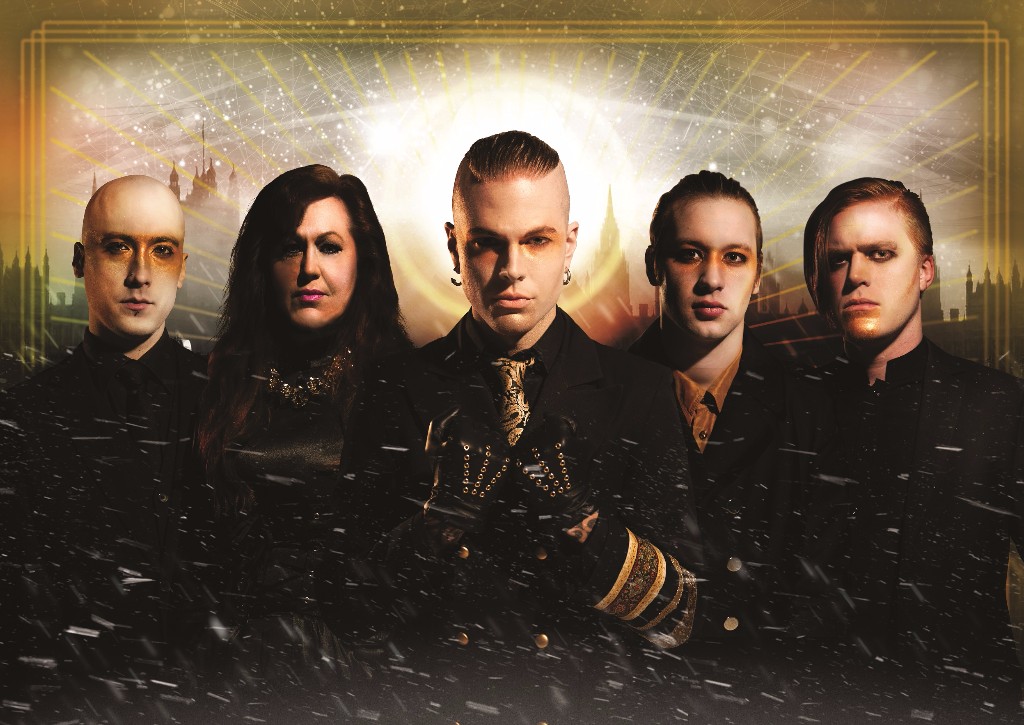 Swedish industrial metallers Rave the Reqviem released their latest record ‘The Gospel Of Nil’ on October 7th. The band, originally a one-man project, expanded into a quintet featuring dual mother-son vocals Carola and Filip Lönnqvist. The Gospel of Nil is the first full record of the full band. The driving force behind the band, Filip, takes on our A-Z interview.

I still remember the first time I saw the music video for “End of the Line” by Pain on the Swedish TV show “Voxpop”. It was the first time I was introduced to industrial metal, and I was instantly mindblown. The combination of mechanical guitars, dance beats and such an emotional and melodic chorus, became the concept which would influence my entire future music career.

Definitely the one we had on our recent Eastern European tour. RTR is a well-known industrial metal act in Russia and Ukraine, and since we’re always the headlining act, it enables us to demand more. The first time you’re exclusively given the main backstage room – filled with food, champagne, drinks and dessert – is definitely a special feeling.

Definitely the last time we went to Russia. At the airport in Saint Petersburg, there were two fan girls waiting for us. They had baked a chocolate cake and sewn a patchwork pillow, both with the RTR logo on top, which they gave us. It was the first time I realized that I’ve “made it” in Russia.

On The Gospel Of Nil, that would definitely be “Black Dog Baptized”. It sums up the general theme of the album. The song is extremely naked and personal, and deals with the ultimate state of nihilism. The situation when you realize that the battle against your demons is impossible to win, and you willingly give “the darkness” its well-deserved victory. You and your demons become one. Then you’ll accept the presence of the black dog which walks by your side from dusk till dawn.

No RTR song is ever “easy” to write. Even the most simple riffs has been carefully developed in order to give the listener the ultimate experience.
But the most “effectively” written song would be “Aeon” from our first album. It’s extremely straight-forward and “simple”, but yet very effective. As soon as that song came to me, it was basically already written before I had time to sit down by the keyboard. It wrote itself.

My favorite will always be “Ikaros”. Hearing the crowd chanting along to our well-known hook, always gives me the chills.

That would be Peter Tägtgren of Pain. As I mentioned before, he was my spirit animal for a long time. Now he’s “just” a producer and songwriter I admire a lot. It would be an honor to feature him on one song in the future.

The hardest part about being in a band is being in a band. Haha! Jokes aside, the situation is slightly different for a project like RTR. Since I’m the leader and sole songwriter/producer, I will always be the creator of whatever RTR is. But we’re also a “band” in one sense, since all of the other 4 members partake in the studio recordings. Personally, I think the logistics is the hardest part about having a band. It requires a lot of work and tends to drain your creative energy.

Petter, the bass player, is also our music video producer/director. He’s working as a video editor for major Swedish TV shows in Stockholm. His technical and visual knowledge is the cornerstone of all RTR video productions.

The appearance of RTR is officially very graceful, educated and stylistic. But as most other people, we need to unwind. For us, that always means being as far away from “political correctness” as possible. We’re always making fun of each other’s weaknesses, whatever they are. For example, mine and Petter’s mental disorders are often the target. Erik’s southern Swedish accent is another. Basically, we mock each other and make fun of all personality traits which we cannot change.

I have no idea. All music is written by my mind and soul, who I do not communicate a lot with.
If I ever would have followed a concept about writing music, or trying to define what the “key” is, RTR wouldn’t have existed.

Kiev, Ukraine. But the longest time (without counting flight delays and such) would be the night train ride from Kiev to Moscow, Russia. It took us 14 hours.

The first time I got to see Rammstein live. It was impossible to not get inspired by their explosive liveshow and their intellectual and graceful but yet so aggressive and provocative image.

Neurotech, a one-man project from Slovenia. He – who also is an acquaintance of mine – creates a mesmerizing and melancholic fusion of metal, industrial, trance and chill-out ambient. Pure magic.

Rammstein, of course. I’m sure a lot of their fans would appreciate our music too.

All of the places in Russia which we haven’t yet visited!

“Vanity of vanities. All is vanity.”
Please remember that, and life will become so much easier.

The title is a metaphor for the artist’s endless and hopeless battle against himself. Art becomes a weapon which you point at the world with the hope of having your revenge by being successful. But a battle won in the name of vengeance is no real victory. It is only proof that you have already lost in the beginning. So no matter how hard you try, you will always be beneath society. No matter what you do, you are still nothing. That’s why your gospel could never be anything else than nothing.

Any good rock club in Eastern Europe, accompanied by our lovely, passionate Believers.

The old days of music were better than the current, do you agree?
I don’t. The path of artistry has always been the shittiest one to walk down. The struggle remains, but the situations differ. Back in the days, people had a longer attention span and allowed themselves to really listen to whatever message the artist had. But it was also the golden days of rip-offs, with managers and record labels who did their worst to make life hard for the artist. Nowadays, every band is more or less in charge themselves. Being in the music business requires an all-around knowledge – like logistics, economics and promotion – which it didn’t before. But, the attention span of humanity nowadays is so short that it’s hard for many artists to reach out. You’re very quickly replaced by new temptations.

Since we’re The Chvrch Of RTR, of course it would make sense to sell icons of each member. We’re working on it now.

I’d like Celldweller to remix any song. Also, I’ve been thinking about producing a piano version for “Black Dog Baptized”.

Everything. Their love is more important to me than life itself. In my darkest hours, I always try to remind myself about that. I am more than honored that I have been given the gift of music, through which I can inspire and help people survive their own struggles.

RTR rarely get physical injuries. We’re more into hurting ourselves mentally and spiritually.

Frank, the drummer. He’s a sleaze rocker, so I guess I should’ve figured that out when I hired him.

A parrot. Colorful, grand and loud. But also very sensitive and overly dramatic.