Rachelle Rhienne is a 23 year old award winning Singer/Songwriter/Recording Artist from Loch Lomond, Scotland. Her genre of music consists of catchy uptempo Pop tracks, with some influences of Soul and R&B. Her strength is writing big, emotional power ballads with lyrics that tell a story and melodies that touch people. She also hosts her […] 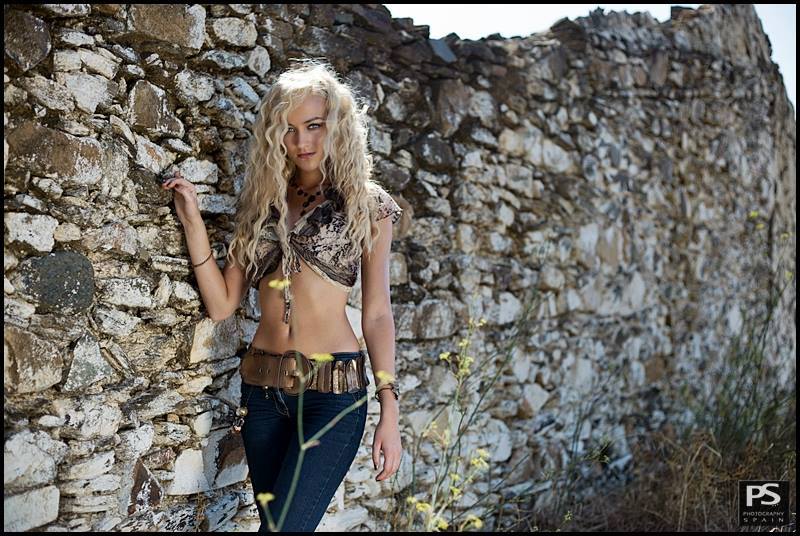 Her genre of music consists of catchy uptempo Pop tracks, with some influences of Soul and R&B. Her strength is writing big, emotional power ballads with lyrics that tell a story and melodies that touch people. She also hosts her own radio show “From Rachelle With Love” on Sunday Nights at her local radio station “YourRadio 103 and 106fm”

Rachelle writes many of her songs about her own personal experiences and writes emotional and touching lyrics that she feels will relate to her fans. In 2015, her song “The Chance To Say” won a national songwriting competition in London and she will be heading down to London in October to work in the studios writing and recording some new uptempo Pop tracks.

Rachelle has a passion for the Spanish language and has translated many of her songs into Spanish, performing them in Spain and gigs around the UK.

Rachelle has appeared at the Glasgow Armadillo, King Tuts, The Hippodrome (London) , Ronnie Scotts and various other venues around the UK and Europe. She regularly performs and writes her music accompanying herself on piano and has recently been learning to play guitar and the Ukulele.

Rachelle works with a talented group of musicians from Glasgow who perform with her regularly at her gigs.

Check out her Song “Words Of Poison” Below.

King Tuts are always quite amazing at looking after their artists with a fridge full of beer/water and a big discount on meals. Hard Rock Cafe as well free meal which is always a winner for me!

A guy threw his boxers at me during my performance in Newcastle. I grabbed them and hid them behind my back and through them back randomly during one of my next songs. He then asked me to sign them at the end. I still speak to him occasionally on SnapChat, it was hilarious!

I wrote these lyrics about the lovely Michael Slaven who sadly passed away a few years ago. I can never really get through singing this song without tears.

“Words of Poison”. As soon as I had the chord progressions down on piano, the melody and lyrics just flowed and it was finished within the hour.

I love performing “When The Sun Goes Down” with my band. It always creates a buzz and gets people moving and singing along. I also love performing my song “I Say Goodbye” as it’s one of my songs when it’s just me and the piano and I love that!

The nerves before hand. I get nervous on the build up to my performances but as soon as I am on stage, I go into my own little bubble and realise there’s no reason to be nervous. Of course playing live, there is always the possibility of slip ups when it comes to technical issues etc but you have to just carry on and make a joke of it.

I’m not sure it’s that interesting but I absolutely love horror films! There aren’t many now that I haven’t seen. I love my TV shows too, like “American Horror Story” and I have recently really got into “Penny Dreadful.”

JOKES YOU TELL ON STAGE:

I am terrible at jokes so I tend to leave the jokes to the comedians lol but, I always make sure to tell people they aren’t drunk when I start singing in Spanish.

I think the key is to think of a concept, get a general idea of the lyrics and vibe of the song and then proceed to chord progressions, melody and final lyrics to add in at the end. I have so many methods to writing songs but this generally helps me.

Spain but believe me, I’m aiming for the States very soon!

I have had the experience and privilege of working with a lot of talented and inspiring musicians so I really couldn’t pick one out in particular. But I am so grateful to have worked with them and have learned a lot from each and every experience.

I don’t know about “New” but I will forever recommend “SIA.” I really can’t think of a song she has released that hasn’t been a hit. Her voice is so powerful and unique.

OPENING FOR THIS BAND/ARTIST WOULD BE IDEAL:

I would love to open/support someone like Adele or again, SIA. I think they are both amazing!

A song that I will be releasing in future called “Candle” was written about real feelings, (as cliche as that is.) I had already had the concept of the song and lyrics written with the melody. The title “Candle” stood out for me for being the obvious and best title for the song as a whole.

SEE ME LIVE AT:

I keep my gigs updated on my Music Facebook Page “Rachelle Rhienne.”
I gig quite regularly at the Metropolitan Bar in Merchant City, Glasgow.

I do and I don’t. I believe that it has always been inevitable for the Music Industry to change, adapt and progress as time goes on. I do think it was better in the old days when people were buying CD’s, Vinyl more etc, whereas these days, it’s mostly downloads, streaming etc which is still great and very easy but it was always nice to have a physical copy of an artist’s work.

Right now, I don’t have any merchandise of my own but it will definitely be something I will have in the near future. If you have any “Unusual ideas” let me know haha!

I always believe songs can be adapted. I have songs that are recorded with a country vibe but I perform them with a more rocky feel. It’s a great opportunity to experiment with the sounds/vibes of your songs when playing live and it’s so much fun! Right now, I have decided to drop the country feel I had in my songs and I am sticking strictly with Pop/Rnb so I am having a lot of fun adapting a lot of my songs into a different style/production.

I love my fans! I have a few in particular that are just amazing! Always sending me lovely messages and really helping me share my music with the world. I love it when I see my fans singing the lyrics of my songs back to me, it’s just the best feeling!

I can’t think of any injuries that have occurred during performances and “touch wood” there won’t be any in the future. I once was treated for working too hard in the studios when I was 16-18 and was told I may have nodules but I was given the all clear and was told it was down to stress and fatigue.

I am pretty punctual and love to be on time. A lot of the time, I get ready far too early in the day so I only have to do a little touch up before leaving. So really, if I am late… it would be down to heavy traffic or the oven/grill has broken down and not cooked my food properly lol!

ZOO ANIMAL THAT BEST DESCRIBES THE YOUR PERSONALITY:

My friends say I’m like a gazelle or a giraffe because I’m tall haha but personality wise, I could probably relate to a monkey because I can be cheeky/mischievous and I like my food 🙂