Q+A WITH GIANTS INCLUDING ALL ABOUT THEIR DEBUT ALBUM

We were lucky enough to catch up with Jack from Giants to talk about everything from what being in a band means to them, why GIANTS are using PledgeMusic and what their debut album is going to sound like! These skater inspired hardcore punks are on the verge of releasing something awesome and you’ve got to read about it below! 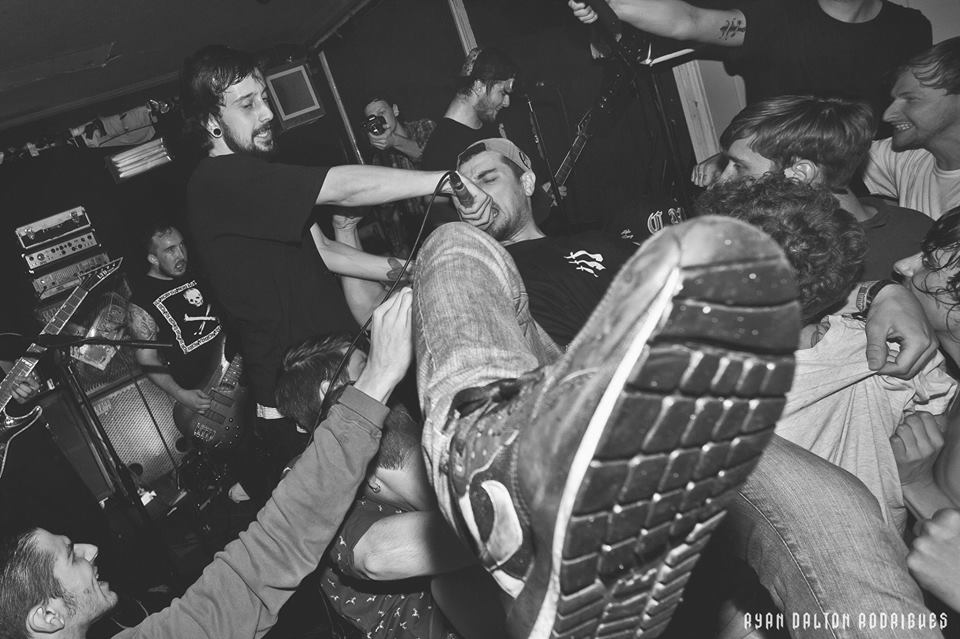 We were lucky enough to catch up with Jack from Giants to talk about everything from what being in a band means to them, why GIANTS are using PledgeMusic and what their debut album is going to sound like! These skater inspired hardcore punks are on the verge of releasing something awesome and you’ve got to read about it below!

Giants! how did you guys form and what are your motivations for being in a band?

We formed our first band together when we were 16 out of mutual boredom one summer and a love of skateboarding, but have been playing in bands since. Giants started in 2009, when we decided we wanted to play music with more meaning.

My motivation for being in our band is the fact that the music can mean something, punk music can change the way people think about things, it can carry a message and that can make an impact on people. That in itself is a reason why I love playing the music we write, plus the fact that we can travel 600 miles from our doorsteps and people in Germany will sing our words back to us. That is the coolest feeling in the world!

If you had to compare yourself to another band who would it be?

I’ve never known how to answer questions like this as I don’t think anyone sounds like our band really, not meaning that in an arrogant way, I just think that apart from our obvious influences (Alexisonfire, Comeback Kid, Rise Against etc. – which I don’t compare us to due to how big they are), I don’t really know off the top of my head a band that I would compare us to!

If you could share the stage with any band, who would it be?

I would have loved to have shared a stage with Green Day just as they released Dookie in 94. Unfortunately though at the time, I was 5.

You’ve taken the route of using PledgeMusic to fund your new album, why was this and how do you feel PledgeMusic can help you?

It’s something that we had always meant to do. We had someone recommend it to us years back, after checking it out initially we backed the company 100%  and felt we had the “right type of fanbase” for it as well as the demographic, but never had anything worthwhile to use it for until now with the album. Pledge are a great group of people who genuinely care about helping music/bands out, they’ve helped us out with this campaign loads.
The whole idea is great too and more people should be into it, we think it could be the future of music scene in some ways. Cuts out the middle man, the fans invest in a bands new release! What a great way to release music.
But then again, the music industry is an everchanging beast – something else will come along soon and it will all change again haha.

What can we expect from the upcoming album?

This is actually a weird one to answer as the thing has pretty much taken over my life in the past year, I live and breathe it and know every single second of the thing – but when it comes down to describing it in a way as simply as this it’s kinda hard!

We’ve definitely focused a lot more on writing good “songs.” Before I felt we just threw together parts that worked together and that was that, and that’s great, I’m proud of everything we’ve ever done – but it honestly doesn’t compare to what we have for this record. I cannot bloody wait to show everyone!

Whats your favourite releases at the moment?

I really like the last Hundredth EP and the new Marmozets record too! The new We Are The Ocean album is a slammer too, but that ain’t out yet properly.

And, what’s some of your guilty pleasures?

Panic at the disco. I don’t even care, live his voice is outrageously good. Hahaha.