Our A-Z challenge is a fun way to get to know the upcoming talent across the world! Up next, we have Lincolnshire rockers Project Redshift! 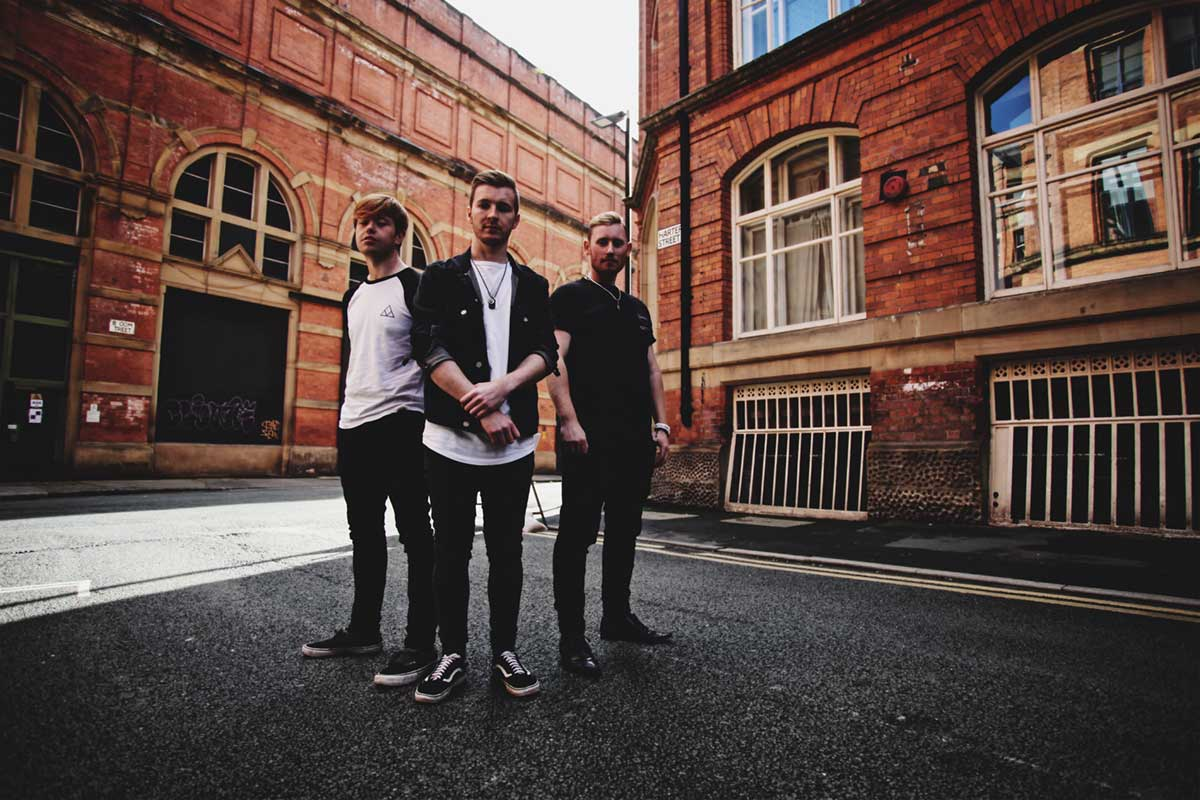 Pete: Out of the Black – Royal Blood
Seeing a resurgence of heavy rock flood into the mainstream was refreshing and with a track that was so simple but innovative. I definitely had a visceral response to it and reminded what differences one huge track can make.

Josh: This is difficult. The first song to get me into rock music was Welcome to the Black Parade by MCR, so I’m going to go with that!

Josh: Not too exciting, we were just provided with a few beers when we played at JoeFest!

Pete: It was pretty surreal to be featured on Planet Rock Radio. Though I’d really like to see how far we can take our release of Crossfire. Our first proper mosh pit was also pretty hectic.

Josh – a mental headline show at The Rogue Saint in Lincoln with a packed venue!

Pete – Deepest lyrics in my opinion is in Serenity where the track tries to distill a feeling of a moment I experienced in the song and explores that whilst you are living your life moments happen with your realisation, only in retrospect, and if you don’t give your presence to the moment you fail to live it.

James: Lyrics to our song ‘Overdue’ wrote during a breakdown
You saved me from myself
Didn’t wanna look at no one else
You eased my pain, occupied my mind
But how could I be so blind

Pete: The lyrics to our track “Serenity” came to me in a lunch break at work that I wrote on several post it notes and pieced together with a melody at a singing lesson later that day. Though I had the concept for a while before that.

Josh: The Clockwork King, I wrote the lyrics in about 10 minutes, it just came into my brain! I’d been working on the music for a while and all of a sudden a couple of months later I just realised they fit together.

Pete: I love to play Crossfire. It’s where we bring the energy to the highest in the set. It’s the most challenging vocally

Josh: I love Crossfire to play live too, I just love the riffs, and I love how the audience reacts. It’s just so fun to play and get psyched for!

Pete: I’d really like to have whatever guitarist wrote the riff on the track called “In My Mind” by The Amazons. Write a track with us. The opening riff is my favourite in the past 11.6 years. If you’re reading this bro, Hit us up.

Josh: Long term I would say Corey Taylor, but more recently, Sam Carter of Architects! That man is a machine!

Josh: Spending so much time with other people. We’re all good mates but chatting about the band a lot and then seeing each other a lot just causes arguments sometimes!

Josh: I’m a strangely big fan of Little Mix and the Spice Girls! I don’t believe in guilty pleasures and I’m more than happy to admit what music I like!

Pete: We have a running joke about Josh that in any video or photo shoot we have a real struggle finding takes or shots where Josh doesn’t look as if he’s mourning the loss of a beloved pet or had that his best friend since birth has betrayed his trust. Basically he’s always crying or emotional.

Josh: We Have this joke that you can get whatever you want by saying ‘Ooh I’m in a band!’ So we all say that to each other in a really high pitched voice. We also say ‘Cool cool c’chool’ which we find really funny for some reason.

Josh: don’t get too stressed with it, it comes over time and will never happen immediately. When you have an idea – write it down. It may turn into something eventually.

Josh: We travelled to Leicester, which isn’t that far in the greater scheme of things. It was about 80 miles each way. We’ve not ventured too far out of our home county just yet!

Pete: Seeing Aerosmith was a real full circle moment for me as they’re the band that got me into rock. Genuinely incredible and such a classic repetoire.

Pete: Chapter and Verse no doubt. Came across them by supporting them in Lincoln and stayed in touch seeing them getter better and more refined and gaining more and more traction, really showing how to nail down and find your own sound.

Josh: Can’t add any more than that – gotta be them for me too!

Josh: our earliest influence as a band was Queens of the Stone Age – I would love to open for them!

Josh: Australia… Or America! Either is fine and something I would love to do!

Josh: It’s nothing we’ve written but relating to our most recent release we’re a big fan of ‘When the rich wage war, it’s the poor who die’.

Josh: Crossfire is called Crossfire because it’s a song about war, and the soldiers getting ‘Caught in the Crossfire’ between two world leaders who have fallen out and sent their troops to fight.

Josh: No, I think there’s always been good music. Anyone who says that just hasn’t discovered enough music in the present!

Josh: We don’t really have any ‘unusual’ merch, but we did have a guy stick our sticker to his forehead at one of our shows which was quite unusual.

Pete: I’d like us to do a remix of Crossfire that has more of a Pendulum or The Prodigy vibe. Work with that kind of producer to make that happen.

Josh: I was going to say a chilled dance mix, like Robin Schultz sort of thing, but I love that idea!

Pete: We really appreciate the messages of appreciation and people letting us know how much they’re enjoying our music and what aspects they about our music so we can respond to that feedback. Then when they make the effort to support us at our shows it makes the hard work worth it.

Josh: we couldn’t do what we do without our fans. They’ve helped us get where we are and we couldn’t be any more grateful for their support. Our fans mean more than they could ever know

Josh: Not that I’m aware of. I know Pete cracked the windscreen of his old car while unloading an amp once. I suppose that’s a car injury!

Josh: Pete. Nothing else to say there!

Pete – That would 100% be myself. Possibly lost the keys to my car or forgot my bass cab (Which has happened).

Josh: Probably a chimpanzee or something. We’re all pretty weird!

Pete: I’d like to elaborate on Josh’s choice but divert it to an orangutan, as we’re all ginger and quite odd.