Mental Health and music are two things that tend to go hand in hand. Here, Prince Daddy & The Hyenas tell us all about how mental health has inspired their latest record COSMIC THRILL SEEKER. 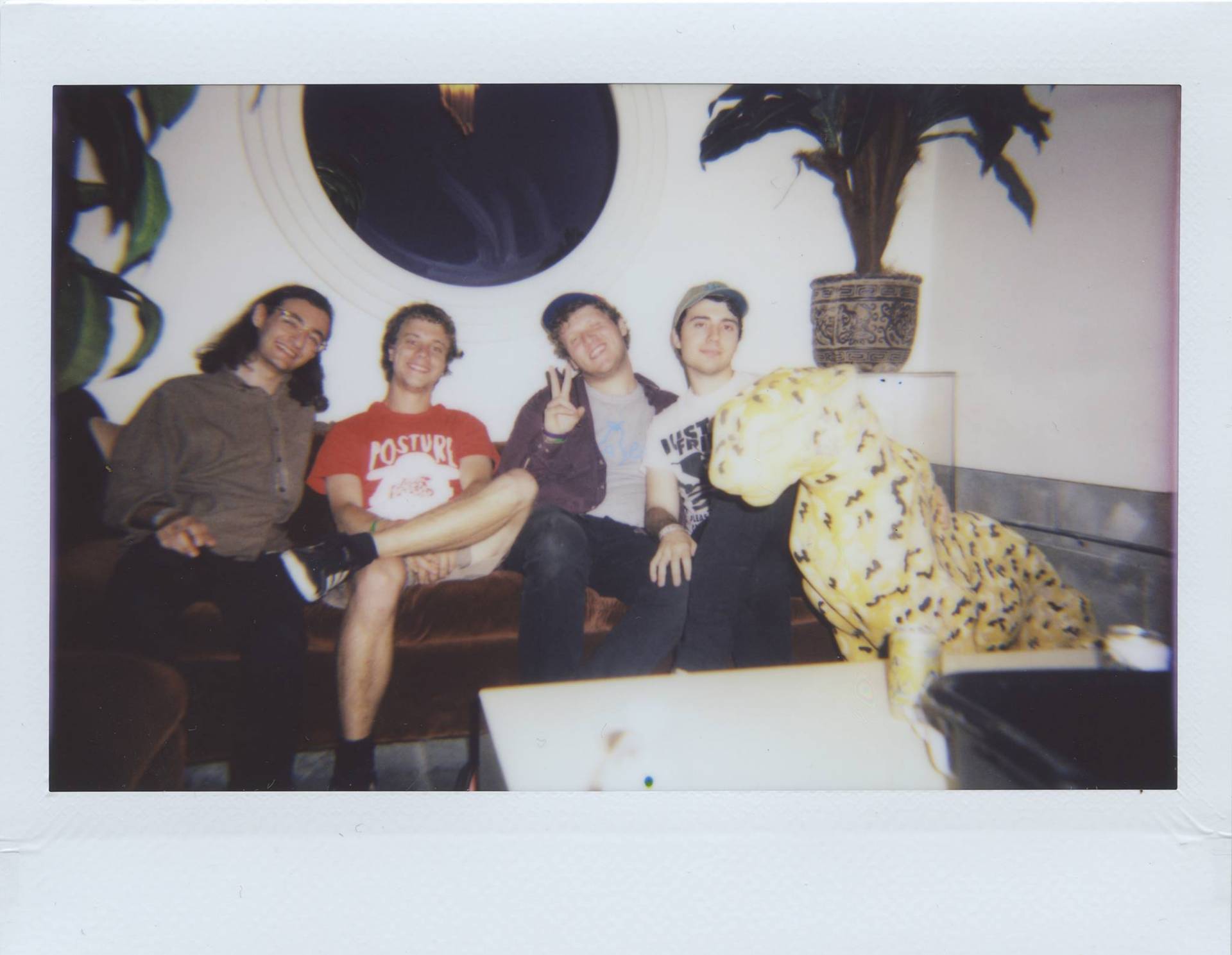 A lot of the lyrical material focuses on mental health, why was it that you decided to focus on that?

The past four or five years of my life seemed to act as kind of a eye-opening experience for me. I had this traumatic acid trip that kind of set everything into motion. And I started to become more self-aware and had an increased fascination with the way my brain processed certain things at certain times.

I’d say it turned almost into an obsession. It consumed me. So, as a songwriter, if I weren’t to be writing about this stuff, it just wouldn’t be me being real with myself. It would be entirely disingenuous. So I decided to do the opposite and put this obsession to use and write a concept album about this ol’ thinker of mine.

Do you think it’s important for musicians to speak out / just talk more about mental health in general? And why?

Well overall I’d say yes. Not just musicians, but anyone with a voice. It’s important to me even to know I’m not alone when my idols or even friends open up to me about their mental wellbeing. Artist or not, I think it is important, absolutely.

It’s important for you and it’s important for everyone who will listen. However, I’m not gonna lie to you and tell you I wrote this album for like…the greater good of humanity or anything like that. I had no higher intentions when writing this record other than my own selfish intentions.

I wanted to get to the bottom of MY mental health, of MY depression and anxiety, of the thing that dictates every decision I make. Ya know? I wrote this for the sake of my own sanity. and other people benefiting from it is just a massive bonus that came along with it.

It means the world when people reach out and tell me this is helping them through a dark time or something. that is incredibly special and irreplaceable. So that was definitely an unexpected little reward to figuring out myself.

As the songs seem quite personal, did that affect recording or writing process at all?

Absolutely. most of my band didn’t get to hear any of the lyrics on the album until we got the masters back. I’m very insecure when it comes to just about anything, so it definitely took all of my emotional strength to be able to yell about the things I’m yelling about. It seemed nearly impossible.

I was anxious about it for the few months leading up to it. But it seemed like a very healthy and productive anxiety because for some reason, in my head, I deemed it as absolutely necessary.

Like “as anxious as you get, homie, you put 5 years of emotional labor into this thing and there’s no way you’re going to let it slip through the cracks”. As wild as it sounds, it was almost to the point where I was telling myself I could lie, given that it’s a concept record, and just tell people it’s a story about a character I made up. Anyone else other than me. That was my way of pushing away that anxiety temporarily in order to get things done.

How does Cosmic Thrill Seekers differ from your last release and what can fans expect from it?

A multitude of things separate COSMIC THRILL SEEKERS from I Thought You Didn’t Even Like Leaving.

First things first, its better. Genuinely objectively better. I really tried. I Thought You Didn’t Even Like Leaving was LITERALLY my first attempt at songwriting / writing an album. Prince Daddy is my first band. Any experiments I have made in the past, I’ve made them in front of an audience, because I didn’t have any other bands before this.

So ITYDELL was just, like, me being proud of a song just because it was written. Not because its good. Just because it happened and I didn’t even know i was capable of that. COSMIC THRILL SEEKERS is me being proud because its fucking good. I wrote something that I am fairly confident I would be a frequent listener of even if it wasn’t my music. So there’s that.

It’s also a lot more musically, lyrically, and conceptually dense than our previous works. More replay value. More attention to detail. More thought. I think if someone who loves this record now revisits it in 15 years, they’ll be able to find some cool new Easter egg they never noticed or even just a cool little part that went unnoticed before. Whether it be a melodic call back, or a connecting lyric, or even just a reference to pop culture. I put a lot of effort into making sure it’ll take excessive listens to pick up everything that I put down.

Who were your main influences when writing and recording?

When writing, I would say the obvious Green Day or course. I got super into Ozma and Fountains Of Wayne and other early 2000s cheesy power poppy stuff like that. But I really am influenced by too wide of a variety of music to do it any justice here without consuming the entire interview.

As far as recording, Grandaddy was a MASSIVE discovery for me in the past few years. They changed my life. Made me want to get super colorful with production aspects of a record. They were huge for me during the recording process. And obviously we’d tell our producer Scoops “make the power chordy guitar parts sound like The Blue Album” but I think that goes without saying.

Following the release of Cosmic Thrill Seekers, do you have any plans to tour? Are you playing any festivals?

Yes Yes Yes!!! As much as possible! Wanna do anything we can to put this thing in front of people’s faces. We don’t want anyone to have a choice. We are heading out on OUR FIRST HEADLINER TOUR EVER this summer which is so unbelievably exciting to me.

The Cosmic Thrill Seeking Forever tour with Retirement Party, The Obsessives, and Kississippi is hitting pretty much the entire US, plus a few Mexico and Canada dates.

And also we have our first ever trip overseas planned with our longtime pals in Oso Oso this fall. Hitting a lot of Europe, which is a dream come true for me and I still can’t believe it’s happening. And as far as after that, there will be a lot more. I’m confident in that. We don’t plan on stopping, AltCorner! u have my word!!! Godbless.