Pleiades take on the A-Z challenge

Our A-Z challenge is a fun way to get to know the many artists out there. This time, it is the turn of Pleiades to tel us all about themselves using 26 questions. 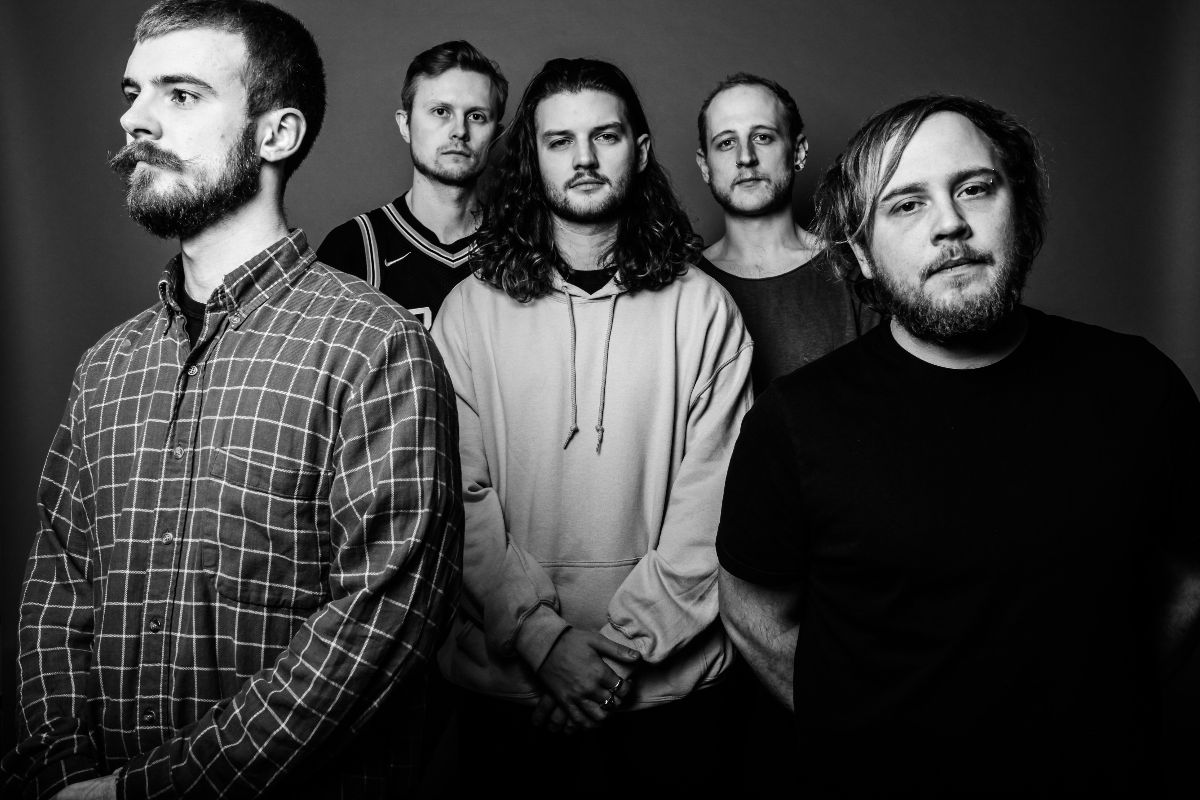 Casino Columbus (Letlive) – I’d never seen such energy from one human being (Jason Butler) in the video and I felt that inspiration to at least try and see if I had that same passion for music. {AC}

It was actually with my previous band, but we arrived at a venue in Coventry and were given the main dressing room for the larger side venue as nobody was on there that night, the promoter was really excited when he presented us with a crate of beer ( great!) and a pack of scones (?), there was no jam or butter or cream or anything so we just munched on some dry scones pre-gig. I’m still not sure if it was a joke or not but hell, I like scones. {AP}

“will I be poor enough for the dirt when I sleep” – I hope people dig into the lyrics with the same depth as I like to. It’s a commentary on the value of human life. Especially in circumstances like Grenfell Tower where innocent people died at home because those responsible for keeping them safe didn’t see human life worth extra the spending to make sure their homes were habitable. They took shortcuts and people died {AC}

Alpha. In the early stage for writing the EP we were still trying to figure out what sort of direction we were going in, for a laugh, we were just jamming around and ended up playing Iron Maiden – Trooper and we slowed it down a lot and just crunched through it. Really the fundamentals of the song are just the descending pattern from that and it all came together really quickly.{AP}

All At Your Mercy – It combines everything I love about the EP. It’s brutal, it’s soft, it’s heavy and it’s dark. It’s everything the EP has to offer condensed into one track. When someone asks me, what Pleiades is all about? I show them AAYM.{JE}

Aaron Weiss – Just to observe him at work would be inspiring. The opportunity to sit down with him and just listen to him would make me a better writer and have him take something id written and adapt it in a way that I probably would not of comprehended would be a great lesson. {AC}

Scheduling – At this stage real life does get in the way and you have to work around it.

I continue to insist that this is not interesting but it is essentially what got me the gig with the band… I admitted it at my first meeting with the guys that at school I was in a band with Jen Ledger from Skillet. We recorded a couple an EPs and played a couple of shows but I should never have mentioned it.{AP}

I have an unhealthy obsession with Peep Show. Back when we first started the band we didn’t have a vocalist and played post-rock music. I had a vision before we even made any music as a band. I wanted the EP to be called “PROJECT ZEUS” with the track titles all being Alan Johnson quotes, I don’t think the rest of the guys were all that enthusiastic about my idea. {JE}

It’s all about the initial idea – the first scribble on blank canvas dictates the direction of the entire song. You have to be brutal in decision-making and consider whether what you are bringing to the table is going to keep things moving forward. We all appreciate each other’s talent and the fact that we point out things that may go unnoticed. {RN}

I’m trying to find a way of making a drive to London sound difficult, it’s impossible. It’s basically nothing by most bands standards so I’ll just say a 520-mile round trip and hope that it makes it sound like more than it is! {AP}

Most recently – IDLES. Fully invested in outlook on music industry, state of UK politics and approach to being in a band.

Salt The Snail – Lovely noise punk from Liverpool. They put on a real show with all kinds of props from tennis balls to quiches and they love wrestling…. A real fun time.

Deftones! Massive love for this band. Their live show is just flawless. I love the way their songs can weave into one another effortlessly regardless of how delicate or how utterly brutal they are live. The most dynamic and versatile band in their genre in my opinion.

“You have to get comfortable being uncomfortable” – Murda Beatz

He didn’t coin the phrase but I just found his approach to it very relatable to how I’ve approached music. The idea that sacrifice, hard work, dedication and investment in yourself is the minimum requirement so that when you embrace the future the outcome will keep you motivated but never satisfied. (AC)

All At Your Mercy – It relates to change and confronting change with a willingness to sacrifice everything. Embrace the future and being at the Mercy of the outcome. {AC}

We have a bunch of plans once the EP is released, stay tuned {AP}

Disagree – “Old music” will always influence but it’s what comes from it that is more exciting. New music keeps you sharp and engaged constantly and with evolving technology we are constantly being exposed to new music and genres you may not have given a chance in years gone by.

Our friends in The Travelling Band had a bath bomb/playing cards/hot sauce combination pack. Never seen it done before. The kind of merchandise I’d imagine Alan Partridge having. {AC}

Reworking the EP into an ambient/orchestral soundscape has been in the works since the inception of All At Your Mercy. Ryan produces modern-ambient tracks, mostly for film and TV so it felt natural to dissect/re-imagine the EP into something completely out of his comfort zone; it’s producing some left field results.

We try to be fully authentic, giving something convincing naturally to create a genuine connection. We give every show 100% no matter who is there because we want it to be a unique experience. The idea that anyone out there takes the time to listen to what we put out is truly humbling  {RN/AP}

I managed to face plant off my bike a couple of weeks before a gig. I welcomed the tiniest hairline fracture under my thumb and on my wrist and thought it wouldn’t be a problem, it turned out to be a problem. I had to miss a couple of rehearsals because of the swelling and I was starting to get a bit nervous. To make matters worse I think our guitarist Ryan managed to seriously fuck up 2 of his fingers the night before the show. I don’t recommend doing this but for the gig, I ripped my cast off and drank away the pain. Turned out to be one of our best live performances! {JE}

Platypus ( Do you even get them in Zoos?)- They can be deadly but never seem to get provoked. They are unorthodox and unassuming when required (venomous, no stomach and they are a mammal that lays eggs – sick) {RN}