We wanted to get to know more about Phoenix Calling ahead of their Our Lost Hearts record being released on Friday November 17, so we asked the band to take on the AZ challenge! A song that made you want to make music? Yesterday Went Too Soon – Feeder. Amazing lyrics, heartfelt and real Best […] 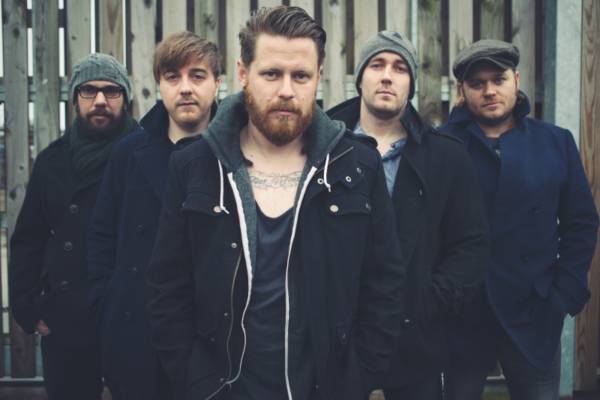 We wanted to get to know more about Phoenix Calling ahead of their Our Lost Hearts record being released on Friday November 17, so we asked the band to take on the AZ challenge!

We had a whole bar set up in the dressing room in Warsaw Poland! Not pretty

Jason our bass player waking up and then trying to get out of a moving van on the highway in Poland! Could have ended differently!

Darkness follows me, So I learn how to breath

And it echoes at me, Suffering inside of me,

It’s the path that I chose, Is it so hard for you to admit?

Bring The Roof Down from Forget Your Ghosts – took 45mins! Just fell into place

Atlas – it’s a kicker, really hits you and we get to rock out!

Where to start…? Oli Sykes! To hear Steve singing and Oli screaming would be sick

Time! With our jobs and families we would love to be getting together everyday but it’s hard so we do as much as we can!

Jase is a strong man and has competed, he has pulled a 10-tonne truck!

We still rib Jase about trying to get out of a moving van! However Steve our front man is the comedian (well he thinks so!) he can make a joke of anything and we all end up laughing!!

Be honest and say what you want to say, don’t try and make it fit! Be true to the subject and enjoy it

London to Warsaw – Krakow and return in 3 days!

I am a guitarist so all of the greats spring to mind! Eddie VH, Clapton, Brian May etc however it would have to be Myles Kennedy from Alter Bridge just the voice and the guitar playing and to see it live was amazing!

“Have a bad day? Put your hand on your heart. Feel that? That’s called purpose. You’re alive for a reason. Don’t give up!”

Personal experiences, the way life can suck the life out of you, we become faceless and soulless, empty hearts with the way of the world

Yeah, there were more bands pioneering and setting the scene, legends paving the way and breaking the mould. Stadium bands with massive personas!

Lighters with a bottle opener at the bottom! Not to promote smoking or drinking though!

We did a stripped back acoustic version of Hold onto Glory with an orchestra! Sounded really beautiful

Everything! We wouldn’t be able to do this if it weren’t for them! They know the words which means so much to us

Yep! I broke 3 ribs in Poland, getting on stage I slipped and landed on my amp head! Seriously painful!

Steve’s! But he will blame me, it could be the vans fault!!!

A lion headed eagle with a bit of monkey, bull and shark thrown in!