With a tune in his head and a lot on his mind, Patrick Craig has been preforming since he was 16. Spanning topics of love, lust, loss and dancing while drunk, Patrick writes songs that convey wisdom beyond his tender age. Patrick sat down with us recently and took on the A-Z Questionnaire Challenge… 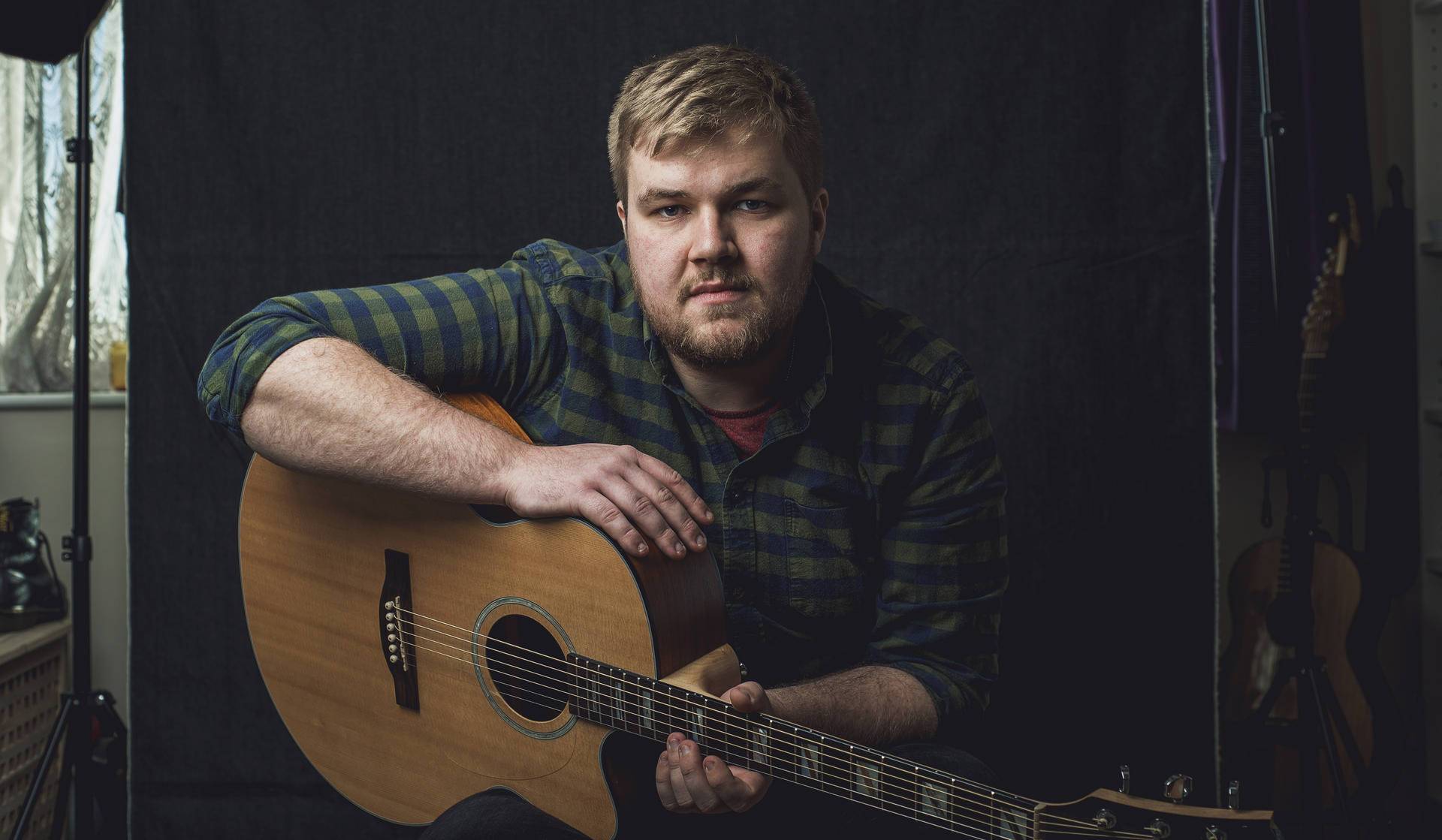 With a tune in his head and a lot on his mind, Patrick Craig has been preforming since he was 16. Spanning topics of love, lust, loss and dancing while drunk, Patrick writes songs that convey wisdom beyond his tender age. The talented soloist follows an alternative take on the acoustic genre, gorging into the depths of folk and pondering the realms of punk rock. The heart, the desire and the talent are all ever present, most notably, on his latest record that can be found here. Patrick sat down with us recently and took on the A-Z Questionnaire Challenge…

“I’m a believer” by the Monkees. Especially after hearing it in Shrek, I sang that song all afternoon into a washing up bottle, much to the amusement of my parents.

I’ve never actually had a rider for a show. As long as there’s some water kicking about and maybe a little bit of nibbles I’m happy.

I try and keep crazy moments to a minimum, but singing Frank Turner songs at 4 am in a field in Gloucestershire as people drip fed me cider is up there…..

“I won’t tell you to get over this, but I will help you to get through this”. Not 100% mine, I read it online somewhere and loved the sentiment of it, so used it in a song.

True Story. I wrote that in one go on a beach somewhere on the south coast.

Tim OT, but only cause he was sat next to me when I wrote the answers for this interview.

There’s times when its tough, when drives are long, when shows fall through, when things go wrong. But there’s also things that make this quite simply the best job in the world.

I often just giggle at myself sometimes to be honest…..

Have a single idea. Expand. Have a second idea. Expand that. Then work out how to link the two.

I’m not sure what the exact distance is, but I’ve been up and down the M1 several times in a week for several shows…..

Sam Duckworth AKA Recreations (FKA Get Cape. Wear Cape. Fly). He’s one of the most amazing people to speak to about loads of things, and he’s been amazingly positive and supportive towards me in the run up to this album.

Little Bribes. A really cool band from Nottingham. They’ve just bought out an EP and it has been on repeat since I got it.

There’s loads of people I’d love to support, and loads that I have played with that I would love to play with again

Anywhere that would have me. I’d love to go around America but I am aware just how big it is.

“When the going gets weird, the weird turn pro”. – Hunter S Thompson

The album is a collection of stories that are based off personal experiences. So it made sense to call it what it is, a “True Story”

23rd of April at the Fighting Cocks in Kingston is the album launch party, otherwise all tour dates go up on my website.

To an extent, as in the old days it seemed like labels and the people that had the money actually invested in young musicians, and helped them find their voice rather than just expecting a finished product that can be sold. But at the same time that has encouraged people to work with more of a DIY ethic, and to early craft their musicianship.

I’d love to make a load of badges that you have to collect over time, and then would make a big picture. Like a mosaic.

I love playing the piano (or at least my variation of playing the piano) and theres a few songs that I play that work slowed down with a piano, and I’d love to play a piano only set one day. Might need more piano practice first.

My fans mean everything to me. No matter how bad the journey, or the situation around me, or my frame of mood, as soon as I catch someone mouthing the words quietly, or just nodding their head or (in the most extreme case) singing along, its the best feeling in the world. The absolute best.

After we spent a day in the studio tracking the album live as a band (and then overdubs later) I was then hospitalized. Turned out my ‘sore throat’ was actually ‘glandular fever’. So that was a bit of an environment change.

Mine. I work hard to time keep to the best of my ability, and I hate being late for things. That being said, I’ve blamed others before. Coach companies especially.

I have literally no idea. A panda. Why? Cause Panda’s are awesome, and they begin with a P at least.

Keep Up To Date With Patrick Here: