Oxbloods take on our A-Z challenge!

Ahead of the release of ‘Collisions‘, we asked Oxbloods to tell us more about themselves using our A-Z challenge! A song that made you want to make music? MA: Jeff Buckley – Grace CH: Leonard Cohen – Hallelujah ML: Paramore – Let The Flames Begin CC: Metallica – Master Of Puppets Craziest moment you’ve experienced in the band? […] 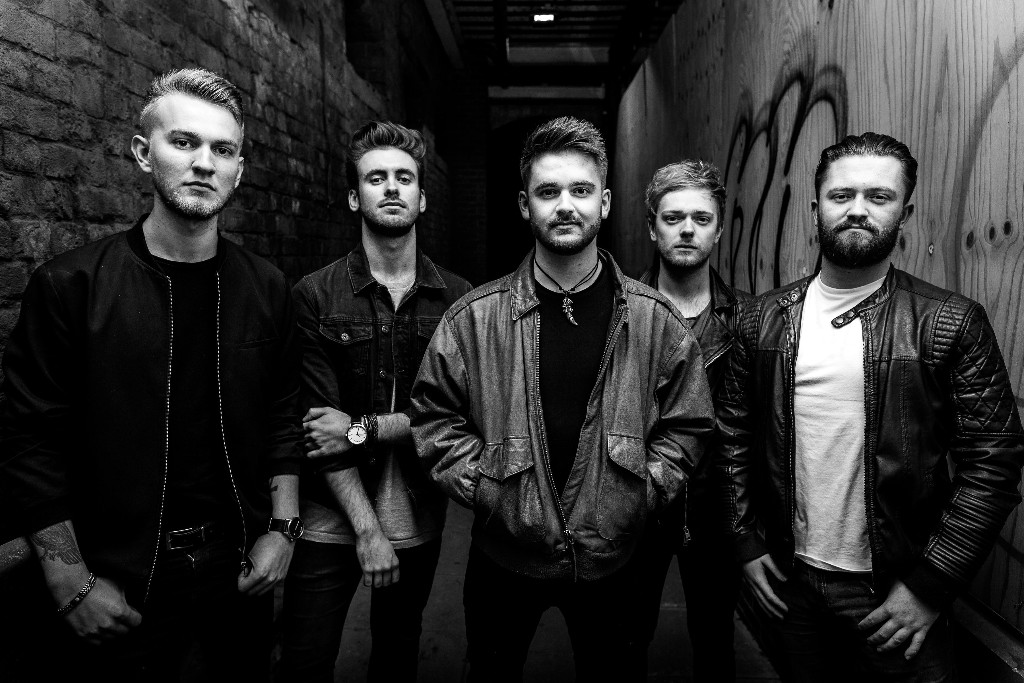 Ahead of the release of ‘Collisions‘, we asked Oxbloods to tell us more about themselves using our A-Z challenge!

ML: I had a coffee with Oat Milk one time… Seriously.
CH: Badass.

CH: I’ve always been a fan of Charlie’s line in Imbue “I know you’ll probably end up on someone else’s throne. Crowned a queen to rule but not to call my own”. I really like the imagery and how sad it makes you feel as a listener. There’s a sense of desperation to it.

ML: Clinton!
AB: Myself and Matt met up one evening after work to have a stab at some writing. If I’m honest, I’d had a terrible day and I wasn’t particularly thrilled about the idea. Fast forward an hour a half at best and the foundations for Clinton had essentially written themselves. When the demo was taken to the rest of the boys, everyone nodded their head and added their two cents and within a few hours the song was done.

ML: Stockholm, just from the raw energy you get from it.
CH: Ab Initio.
AB: Vagabond for me. Little on the simplistic side to some of our other songs so less time worrying about what I’m playing and more time to give it some shoe and enjoy myself.

CH: Hans Zimmer, strictly for the purpose of adding horns and strings to one of our songs.
ML: Brandon Boyd of Incubus, that’d be a dream come true.

CH: The hardest thing about being in a band is definitely trying to balance a job and dedicate your time to writing and rehearsal.

ML: Doing impressions of Bradley Cooper doing an impression of Bill Clinton, hence where the title of our single comes from.

CH: Key to writing a song is being in the right environment and head space, you can’t force creativity but you can sit down in the perfect space and be inspired.

CH: James Hetfield is without a doubt the most inspiring musician I’ve ever seen perform live. To see a guy in his mid 50’s who’s been performing to sold out arenas and festivals for over half his life stand onstage smiling like it’s his first ever show is inspiring. And then the icing on the cake is watching him take 30,000 people and make it feels like he’s playing Metallica‘s entire back catalogue just for you in your kitchen.
ML: Foo Fighters, Dave Grohl is something else.

MA: Opening for Bring Me The Horizon or Muse at a huge outdoor venue would be the dream.
ML: Thirty Seconds To Mars is definitely on the list for me.

CH: Somewhere like Norway and Sweden, to see the mountains and surrounding areas.
ML: I agree with that, but also anywhere in America would be the dream, just to play a venue like Red Rocks.

CC: “All my life I’ve wanted to perform music. I’ve wanted to create an escape for people, away from whatever bad things are going on in their lives, so they can have three minutes of distraction. And now we get to share that with everyone.”

CC: Collisions is one of the names we planned to call the band, so we decided to name the EP as that to come full circle, as we’d always been a fan of the name.

MA: To be announced soon!

AB: If you’re asking me to compare an era when Keith Moon celebrating his 21st with god only knows what intoxicants, fire extinguishers, explosives in toilets, cars in swimming pools, lofty damage bills they had no intention of paying, armed police and Christ knows what else is considered the norm, with today, where 4 years of Spotify Royalties equates to “a packet of mini cheddars, a carton of Ribena, and a sausage roll please. I’ll have to pay the rest next year” then I’m not entirely sure which sounds preferable. Then again, I’m 24. What do I know?

CH: A rendition of Minefield acoustic, with loads of strings.

CH: Often it can come across a little clichéd when bands talk about how much their fans mean to them. But we’ve been working on this project away from the public eye for over a year before release. So it’s an absolutely amazing feeling showing people what we’ve grafted to create and have them love it. So yeah, our fans already mean a huge amount to us.

CH: Forever rolling on my ankle at rehearsals.

CC: Either Alex or Matt, without a doubt.